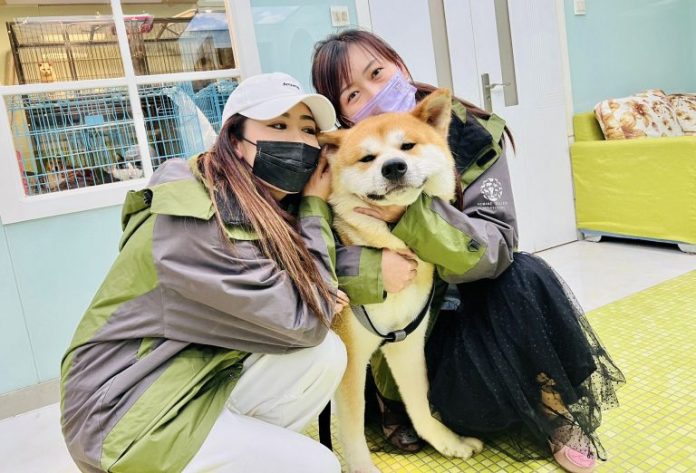 The last dog left alive at a dog meat shop in Yulin, aptly-named Lucky was saved by Chinese activists before he could be killed for consumption. Activists found the Akita chained up outside the shop, with a with a dog meat for sale sign in front of him. According to his rescues, there are “obvious signs” he had once been somebody’s pet before being likely stolen to be sold on for meat.

In light of China’s Covid-19 precautions, Chinese animal activists are urging Yulin authorities to ban the city’s annual dog meat festival which is due to start on 21 June. 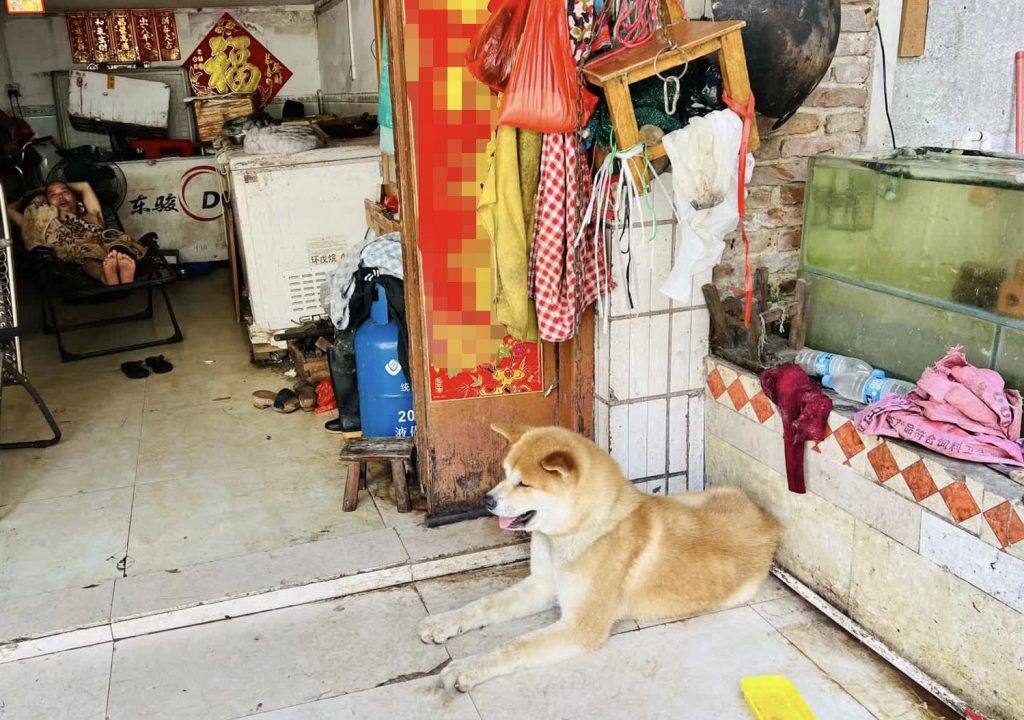 Liang Jia, a Guangxi activist, said, “The streets of Yulin are relatively quiet right now, and although you can see a few dog meat shops, stalls and dog slaughterhouses like normal, it’s nothing compared to how it will look in mid-June. While elsewhere in China, cities are in COVID-19 lockdown, it makes no sense for Yulin dog meat traders to be allowed to encourage visitors to travel across the province and into the city.

“As well as the appalling animal cruelty that will take place with thousands of dogs and cats bludgeoned to death, it’s an obvious public health risk. The Yulin authorities should be taking this seriously because it would be hugely embarrassing for the Yulin dog meat festival to become a super-spreader event.” 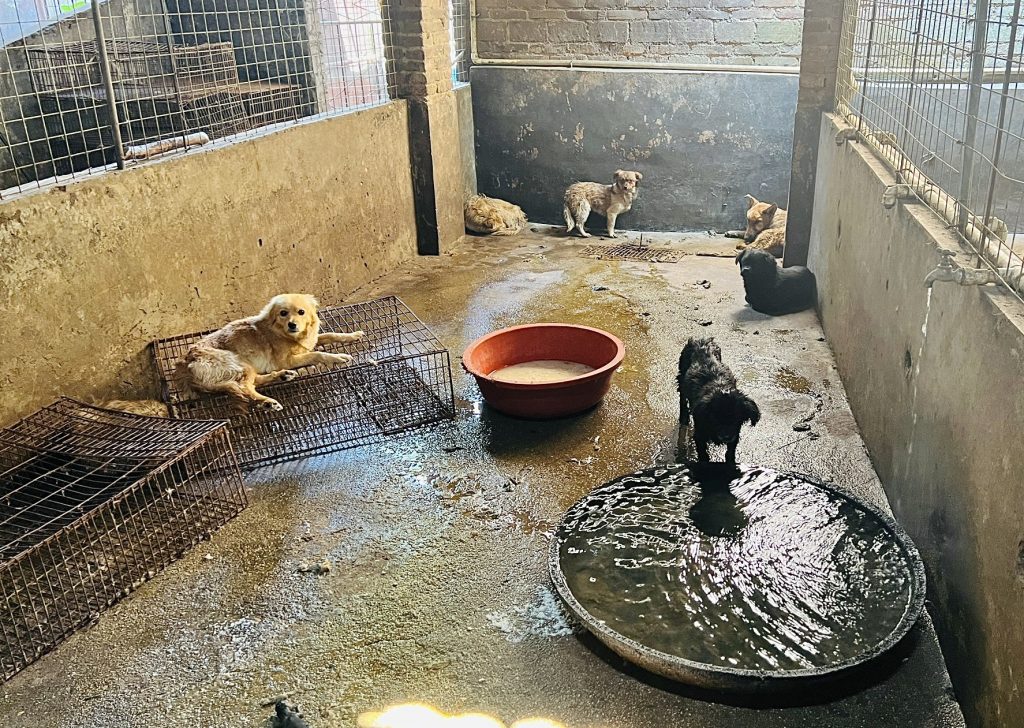 The Yulin dog meat festival was launched in 2010 by dog meat traders looking to boost their flagging sales; the industry is in decline as the vast majority of people in China do not consume dog meat – a trend found across Asia, especially among younger generations.

China’s Ministry of Agriculture and Rural Affairs officially stated that dogs are companion animals and not “livestock” for eating. That same year, two major cities in mainland China – Shenzhen and Zhuhai – banned the consumption of dog and cat meat, a move supported by nearly 75% of Chinese citizens. 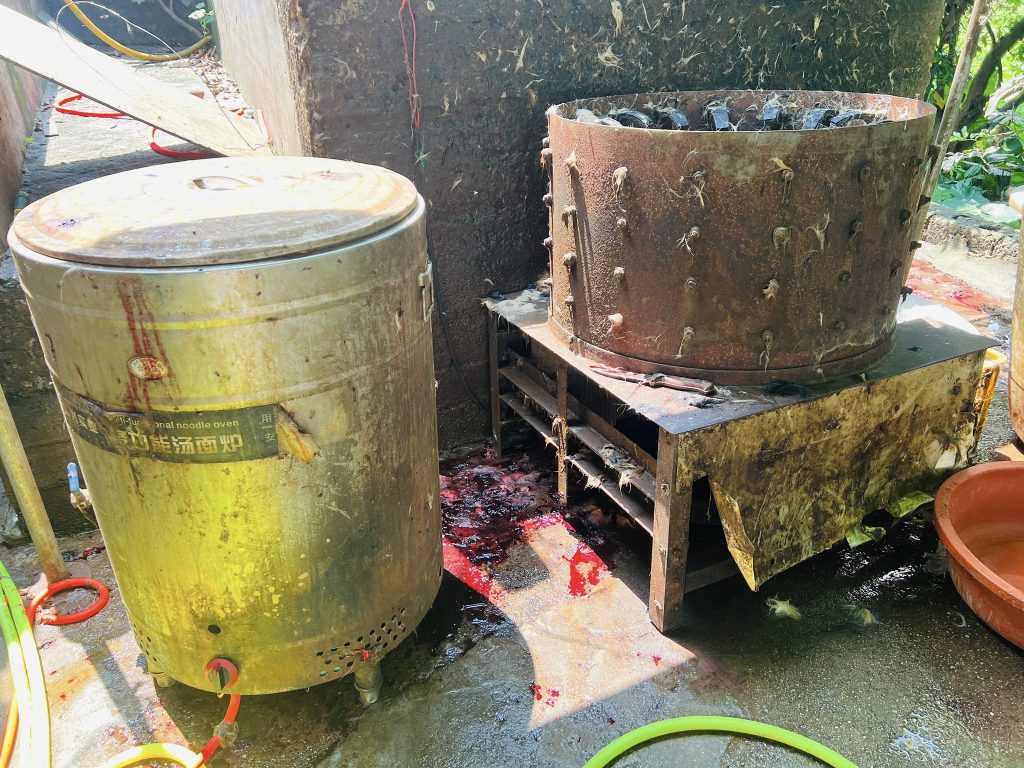 Dr Peter Li, China policy specialist for Humane Society International, said, “Lucky had a narrow escape because only one blowtorched dog carcass was left on sale at the shop, meaning he would have been next. But Lucky is just one of millions of dogs who suffer at the hands of dog traders across China, and one of thousands who end up in Yulin for the summer solstice event.

“His rescuers say he was super friendly, used to walking on a leash and happily jumped into the back of the activists’ car without hesitation, so it seems clear that he was once someone’s pet, and indeed many of the dogs killed for meat are pets stolen from back yards, outside shops and even from cars. Covid-19 precautions add another compelling reason to crack down on dog trade gatherings like this, in addition to the brutal cruelty and criminal activity.”