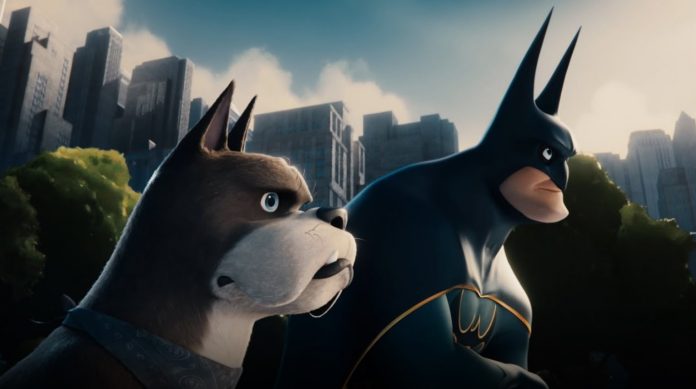 Vets and animal welfare organisations have issued an open letter to Warner Bros following the UK release of its animated children’s film, DC League of Super-Pets, on 29 July, which features a dog with ears that look cropped.

Vets and animal welfare organisations in the UK are disappointed to see that Warner Bros have included a CGI dog, Ace the Bat-Hound, with ears that look cropped, in the new animated children’s film, DC League of Super-Pets.

All those who care about dogs are concerned about the growing demand for cropped ears in the UK. Ear cropping is a cruel and unnecessary practice that involves cutting puppies’ ears at a very young age to change their appearance for cosmetic reasons, often by simply cutting pieces of the ears off. Cropping is a painful procedure that doesn’t benefit dogs in any way and can be detrimental to their health, behaviour and welfare.

“Normalising this look has to stop, and we’re dismayed that Warner Bros have included an animated dog to have ears that look cropped in a film that is aimed at impressionable young children”

Whilst it’s illegal to crop a dog’s ears in the UK, the practice is still legal in other parts of the world. We’re concerned that the growth in demand for cropped ears, fuelled by depictions of a certain look in the media, is resulting in more dogs being sent abroad for cropping, or being purchased and imported from overseas having already undergone the painful procedure.

We are also aware of cases where this has been carried out without any sedation or pain relief by untrained individuals who have no regard for animal welfare.

Vets and animal welfare organisations in the UK have long campaigned to close this legislative loophole, calling on the UK Government to #CutTheCrop and support #FlopNotCrop. The campaign last year received over 104,000 signatures of support and we are pleased that the Government has pledged to ban the import of cropped dogs in upcoming legislation.

However, normalising this look has to stop, and we’re dismayed that Warner Bros have included an animated dog to have ears that look cropped in a film that is aimed at impressionable young children. The film and its huge transatlantic publicity campaign, including Ace toys and merchandise already available for purchase in the UK, could further fuel the trend for dogs with cropped ears.

We want to underline that Ace would be ace with floppy ears and urge all filmmakers to pledge to avoid normalising this look in the future. We also call on the public to be aware of the animal welfare concerns around the painful procedure of ear cropping and to call out depictions whenever they come across them in the media.

While Ace’s ears may have been originally intended to mirror Batman’s cowl, rather than specifically being cropped, cropping is the only way to achieve that look in this type of dog, and its use is further normalising and glamorising this concerning trend. While we appreciate the image is computer generated, we also cannot overlook the striking resemblance this character has to bully-type dogs, who are commonly subjected to ear cropping to achieve a ‘tough’ look.

It’s for this same reason that we ask producers, celebrities, and advertisers to recognise their influence when inadvertently promoting this look in films, adverts or on social media. The British Veterinary Association (BVA) and member associations have created guidelines to help ensure the responsible and appropriate use of animals in films and advertising, which are available at: www.bva.co.uk/pets-in-advertising

We hope you will consider the implications for animal welfare in future films and advertising campaigns. It’s time to send a clear message that cropping dogs’ ears is not ok and end the trend of ear-cropped dogs for good.