In November, Flash was rescued in a terrible state. She’d been bred from a lot and needed to be put back together and a lot of care. She was now an old dog. Seven years before she and several others had been stolen – the older dogs dumped and a young male and female never found. Two years ago the boy turned up in a state, his chip got him home. He was flagged as stolen.

But when Flash was rescued, her chip record was blank – even though her owner was actively seeking her still and the DogLost poster was often shared seven years later. The database had the Crime reference Number. It was all done properly.

In November, the dog we now know to be Flash was lucky – she was so lucky to be rescued by Michelle who gave her lots of TLC – and as she is now 11 wasn’t intending to rehome her. Thanks to the much-shared DogLost poster, someone on Michelle’s timeline pointed out that her rescue dog looked just like long lost Flash and Michelle agreed. 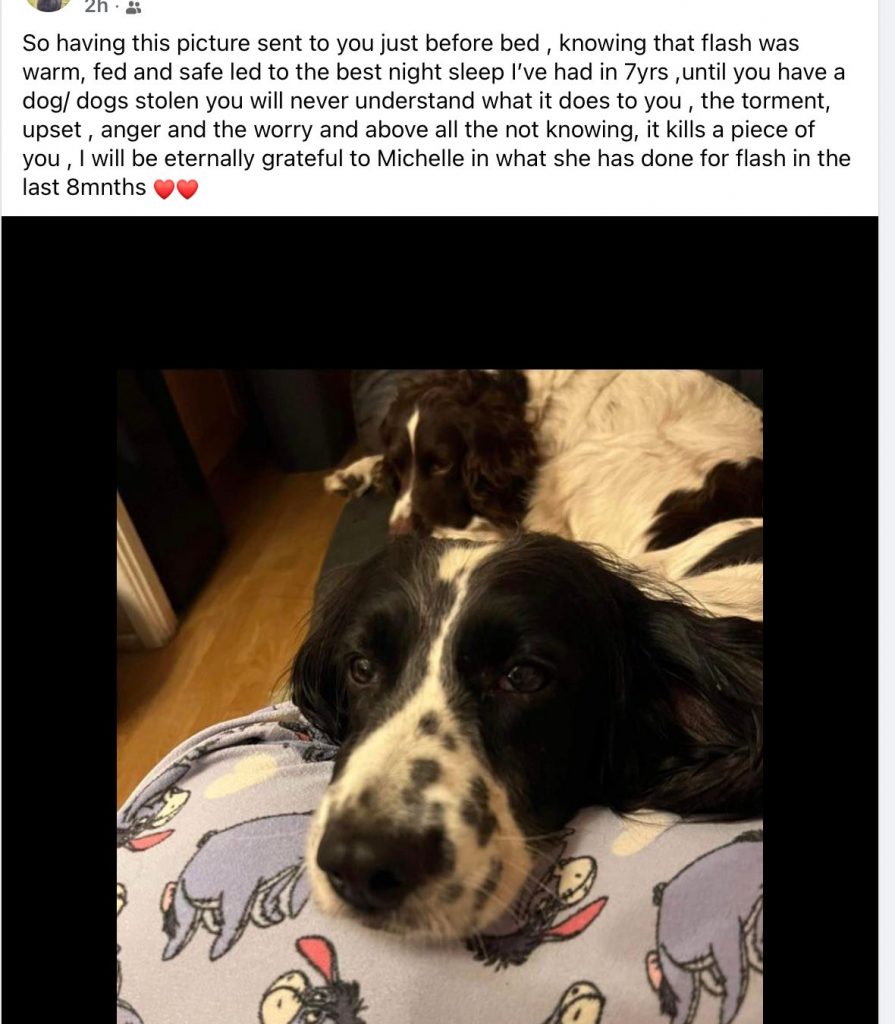 The two spoke on the phone and even before the chip number was compared they both knew this was the same dog. Michelle is arranging to reunite Flash and her human and canine family after seven years, which is just such a great act of love.

But without DogLost there would never have been closure. Never have been a happy ending. What happened to Flash’s data? It was there, once.

The latest issue of Dogs Today carries the data loss story as a our lead – Flash’s story is breaking news, but there could be so many other’s whose data is useless. I would like to hear from anyone else who has had a similar thing happen to their dog or cat’s chip data. Everyone, time to check your chip. 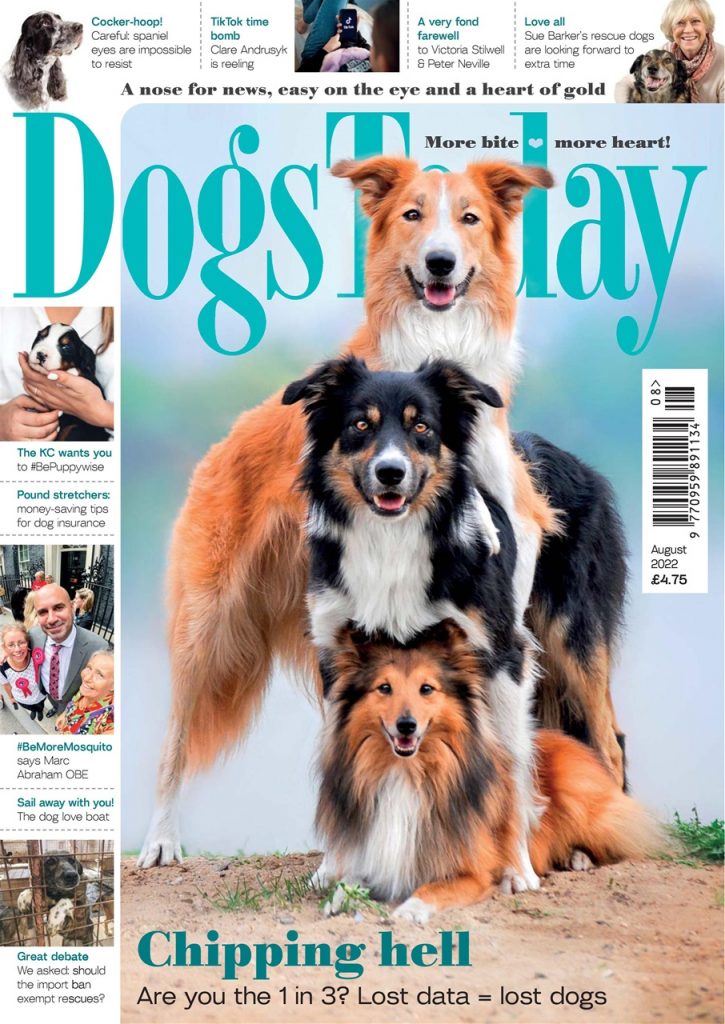 We had a story this week of two littermates who had been given the wrong barcode sticker on their vaccine card so each had put their contact details on the other’s chip rendering both dog’s chips useless. Only one of the two spotted it by chance when they moved their chip – (or what they thought was their chip!) onto PetDatabase.

One database completely free to update, will give you safety pings when anyone types your pet’s chip number into Check-A-Chip. And will hold your hand as you move. All for nothing. Working closely with DogLost and SAMPA and at last we will #MakeChipsCount. Check your chip is up to date and remember you can move it free of charge to one where it is completely free and easy to keep up to date – and you get safety pings. Please share: everyone needs to know that their chip data could be blank.