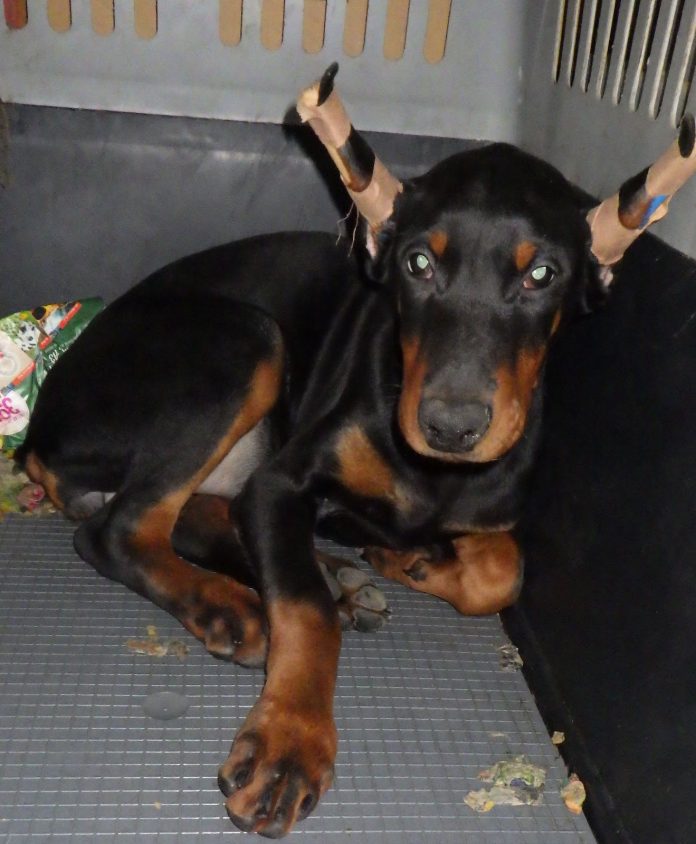 While ear cropping is illegal in the UK and in the EU, there have been instances of the procedure being carried out illegally, often by people without any sort of veterinary qualification and with inadequate pain relief.

The availability of such kits online despite their purpose being illegal is of great concern. As the government is poised to close a loophole allowing cropped dogs to be imported in the UK from abroad following the successful #FlopNotCrop campaign, people in the UK who still desire a dog with cropped ears may turn to DIY kits.

This type of procedure can have disastrous consequences: on Friday 29 January 2021, the body of a young puppy was found dumped with crudely cropped, infected ears and a broken neck; it was suspected he had been killed as he became ill following the mutilation.

BVA President Justine Shotton said, “We took action after being made aware by a few vets about the availability of ear cropping kits on eBay UK. Our research also found a number of listings for ear straightening accessories being sold via several other major online websites.”

“The availability of such accessories online remains hard to tackle”

“The swift and positive action by the two major retailers is a small but significant animal welfare win for our #CutTheCrop campaign. While the Government has promised action to close the legal loophole that allows cropped dogs to be brought into the country from abroad, the availability of such accessories online remains hard to tackle.”

Shotton also wrote to Etsy UK, eBay UK and Amazon UK to point out vets’ concerns about the easy availability of “ear straightening or correcting accessories that, while not specifically requiring a dog’s ears to be cropped, help to fuel the demand for dogs with the cropped look and have the potential for compromising their welfare”. 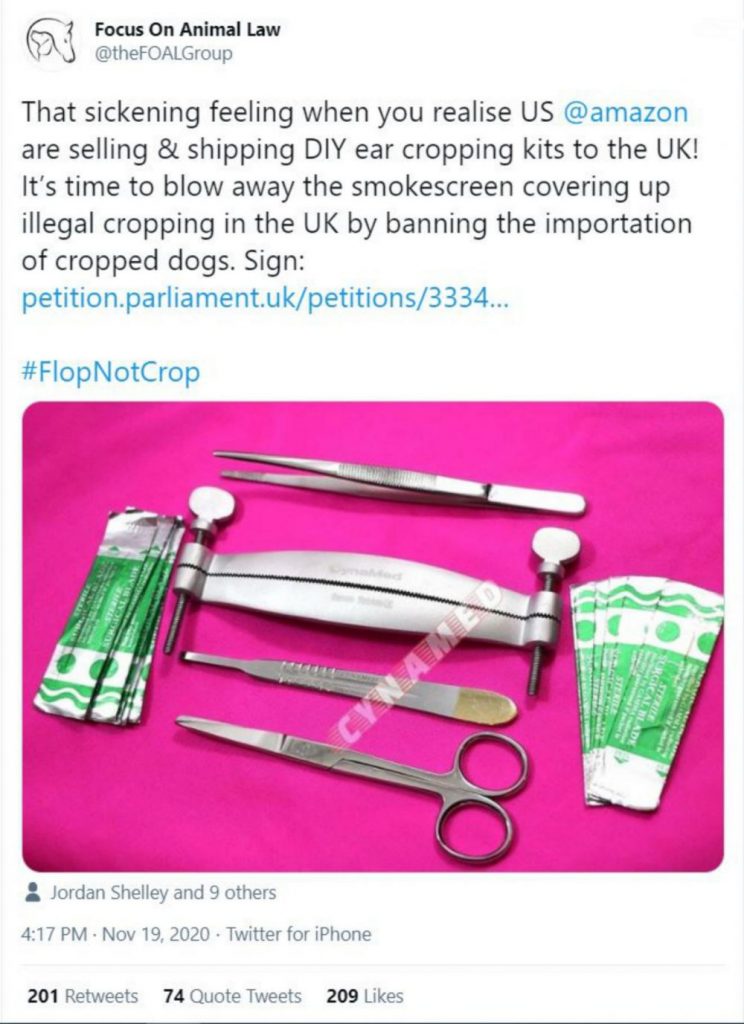 Shotton adds, “I’d encourage vets and members of the public to download and use our new template letter to raise concerns with retailers if they come across similar listings online in the future.

“Where such functionality exists, they may also use the websites’ online reporting mechanism to log a complaint.”