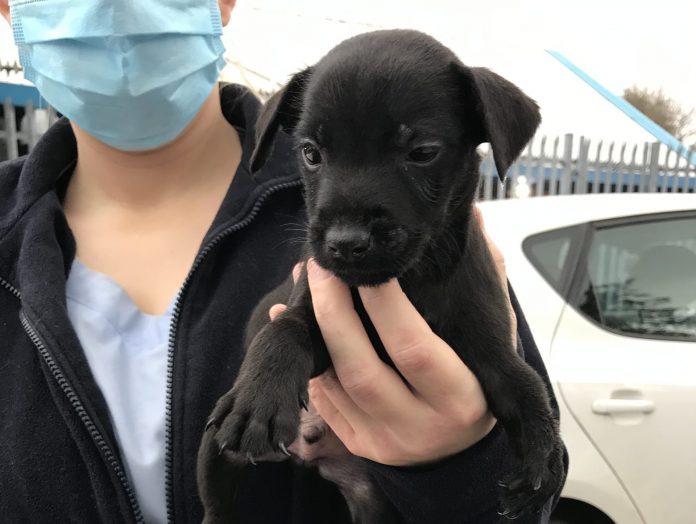 A six-week-old puppy with a deformed paw has been rescued after a member of the public found him inside a box which was left in Cedar Park, Ashton-under-Lyne, Greater Manchester, on 7 November.

The pup, believed to be a Patterdale Terrier-type, was sitting in the open cardboard box with no food or water. After taking him home, the member of the public contacted the RSPCA.

RSPCA Inspector Ryan Kingis now investigating and is keen to trace the person responsible for abandoning the pup, now named Keith. Keith’s deformed paw means he struggles to put weight on the leg, and may be the reason why he was dumped by his breeder. 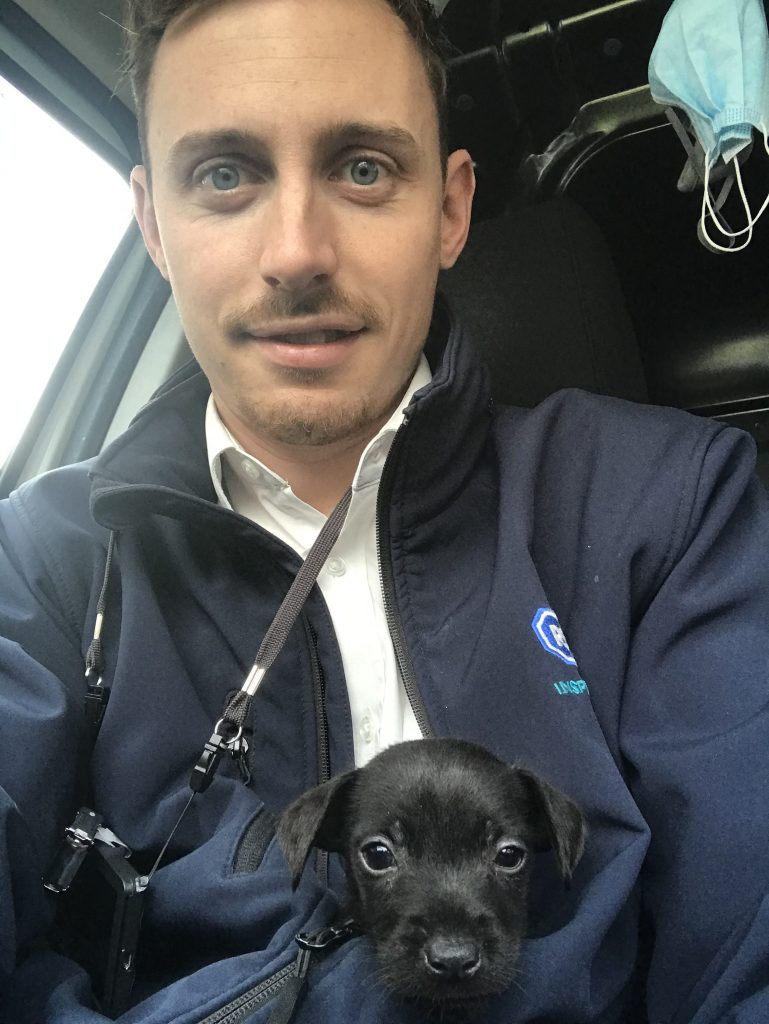 Ryan said, “The poor helpless puppy must have been terrified after he was left alone in unfamiliar territory and without his mum.

“He had no food and water and if he was not found by this member of the public he could easily have died.

“To dump a helpless puppy in this way is callous and cruel and I believe someone has bred a litter of pups and decided to abandon this one because they notice he had a deformed paw and decided they would not be able to make any money from him.” 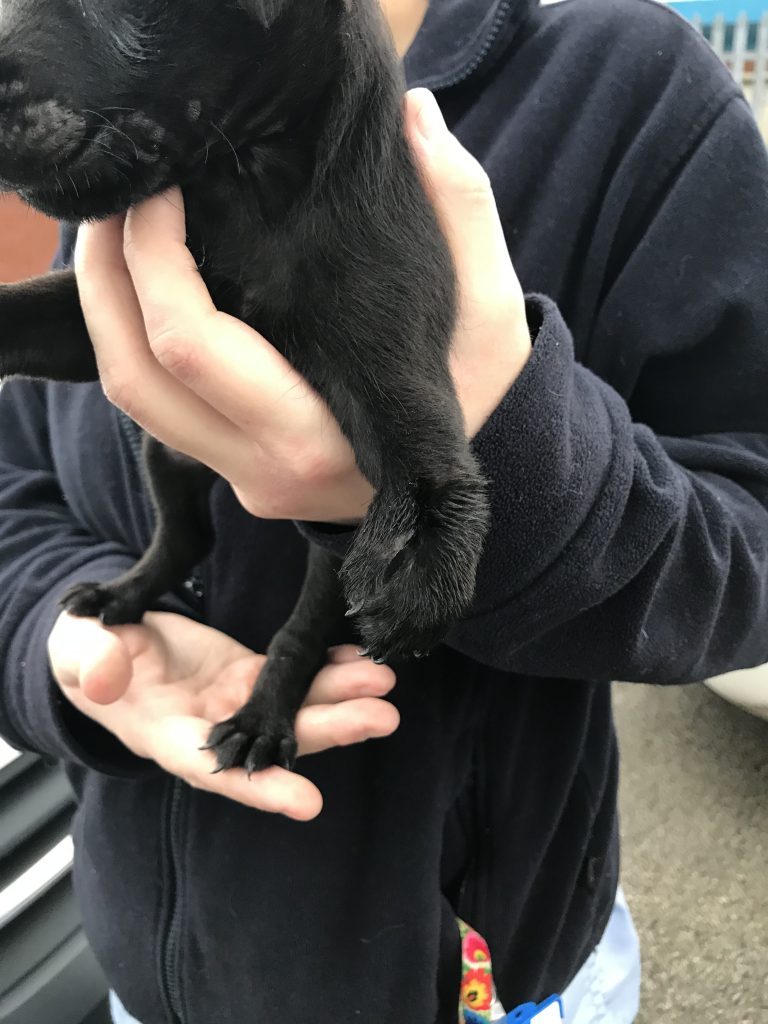 Ryan added, “I am hoping someone will know who this puppy belonged to and can provide me with that information.

“Someone may have been to view a litter of puppies and may have seen this dog as he is quite distinctive. I would urge anyone with information to call the RSPCA appeals line on 0300 123 8018.” 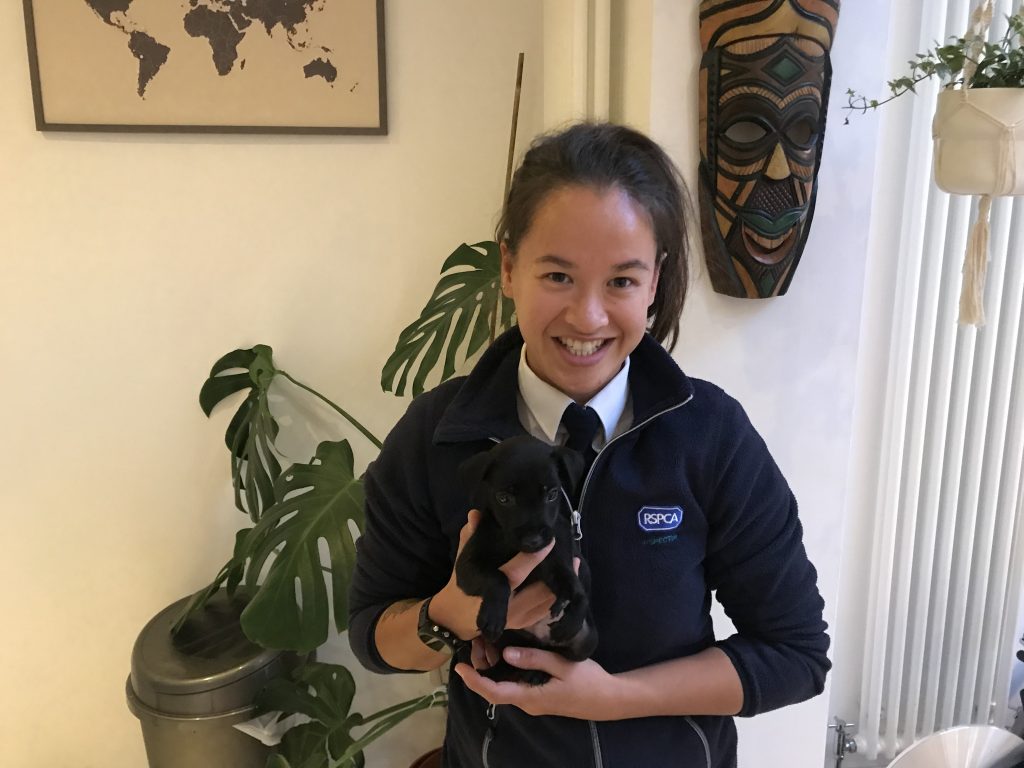 Ryan added, “He is such a sweet dog he is adorable and he has settled well with Jess.

“We are not sure how he will be with his paw until he is older. He may be able to adapt to life with it or it may have to be amputated at some stage we don’t know.

“I am just so glad he is getting the love care he deserves after an awful start in his life.”