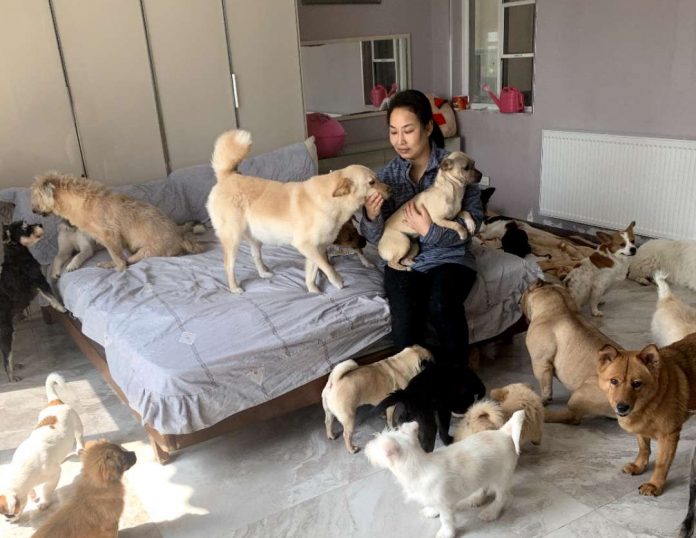 Run by only two volunteers, Fita and Xenia, Furry Angels Haven has been a lifeline for abandoned and abused pets in Wuhan since 2018 – and after the city became the epicentre of a global pandemic, their work became even harder.

Fita says, “Xenia and I began rescuing animals together in Wuhan in December 2018, and first rehomed a dog abroad the following month; through 2019, we managed to rehome about 200 dogs. We sent dogs to the US, the UK, Canada, the Netherlands, France and Germany.

“We started out with a small shelter, but the neighbours complained about it and we were forced to close it as we feared the police would be called and seize the dogs.  Luckily we got some international help from the SPCA, and we were able to open a new shelter in Wuhan.” 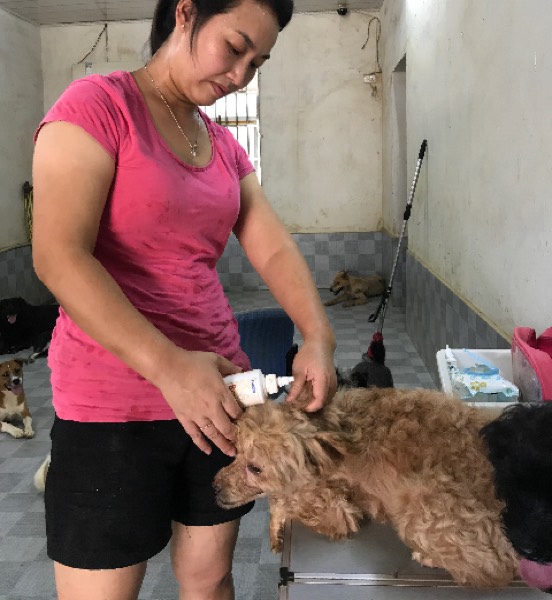 The situation in Wuhan was not good from the start, Fita explains: animal abuse was rife, owning any dog taller than 45cm at the shoulder was illegal, and a plan to host military games in the future meant authorities were keen to get rid of street dogs by rounding them up and beating them to death.

“A lot of dogs are adopted by couples and then abandoned as soon as a child is on the way,” Fita explains.  “In China, there is a concept that if you have a pet and become pregnant, then the pet has to go. So they are either abandoned or sold to the butcher.”

When Wuhan suddenly became the epicentre of China’s coronavirus outbreak, things took a turn for the worst. Belief that pets could carry the virus spread despite the World Health Organisation’s repeated denials, and terrified people abandoned their own pets, who were at risk of being killed in the streets.

Yet more people were forced to evacuate, leaving behind their beloved pets with food and water in the belief they would be back home within days. When travel restrictions prevented them from returning, Chinese animal protection association Vshine stepped in to care for them in their owners’ absence.

Meanwhile, Furry Angels Haven was struggling to save as many animals as possible despite the tight restriction that made it impossible to run the shelter, and difficult to even buy food.

Speaking through a video link and surrounded by just shy of fifty animals – 25 cats and 20 dogs – Fita says, “As the restrictions were so tight, I couldn’t leave the house, and so I kept all the pets we rescued here with me. At one point, I had 63 dogs and 50 cats with me and I couldn’t even take them out for a walk. It wasn’t easy, but it was simply nowhere else for them to go.

“Life in the streets was even harder, because not only people were scared of them – with all the shops closed, many of them could no longer get even the scraps of food they relief on to survive before the pandemic. Some of them came in so skinny. We were lucky that my husband was allowed to leave home for work, so he would pick up the pets for me.”

Food was also a problem: while Fita had luckily stocked up before coronavirus struck, but buying more was difficult and soon it began to run out.

“For the first two weeks of lockdown, we found no food at all. I was very worried, I didn’t know how we’d keep the dogs and cats fed,” Fita says. “In the end, we were able to find some, at thrice the usual price. It put a huge strain on our finances, because we’re a small rescue.

“Xenia was able to raise some funds abroad, and I borrowed money from my mother. It was really tough, but we were able to keep feeding the animals through it.”

Now life in Wuhan has returned almost entirely to normal, but as both the charity’s funds and the aviation industry have taken a hit, sending dogs to be rehomed abroad is much harder – meaning Furry Angels Haven cannot free up much space for more animals in need.

Fita says, “So far this year we were able to rehome only about 20 dogs, only a tenth of those we rehomed abroad last year.”

Among the many animals in Fita’s home at the time of the interview there was Mr Charm, a three-legged little dog who, true to his name, is an absolute charmer and already had a home waiting for him in Liverpool.

Paula McCartney, Mr Charm’s adopter, said, “One of my dogs died in June, and I had to put another to sleep in September, so I was looking for a rescue dog. My intention was to adopt a dog from Romania, but I came across Mr Charm’s photo online and fell in love.

“I know there are fewer planes, but I don’t mind waiting. Hopefully, Mr Charm will be here by the end of November or early December.”

As this goes online, we’re happy to report Mr Charm is en-route to his forever home!

In order to rehome their dogs safely, Furry Angels Haven works with rescue partners such as UK charity Dogbus, who raise funds to bring rescue dogs in the UK.

Xenia says, “Donations and flight volunteers are vital for Furry Angels Haven to keep rescuing dogs in Wuhan and rehoming them abroad. We are starting to use the hashtag #DogsofWuhan to create awareness about the situation and promote our dogs available for adoption.

“This year has been really tough, but we’re still here and doing all we can to keep the pets of Wuhan safe.”

For more information about Furry Angels Haven Wuhan to learn how you can help, visit their Facebook page. 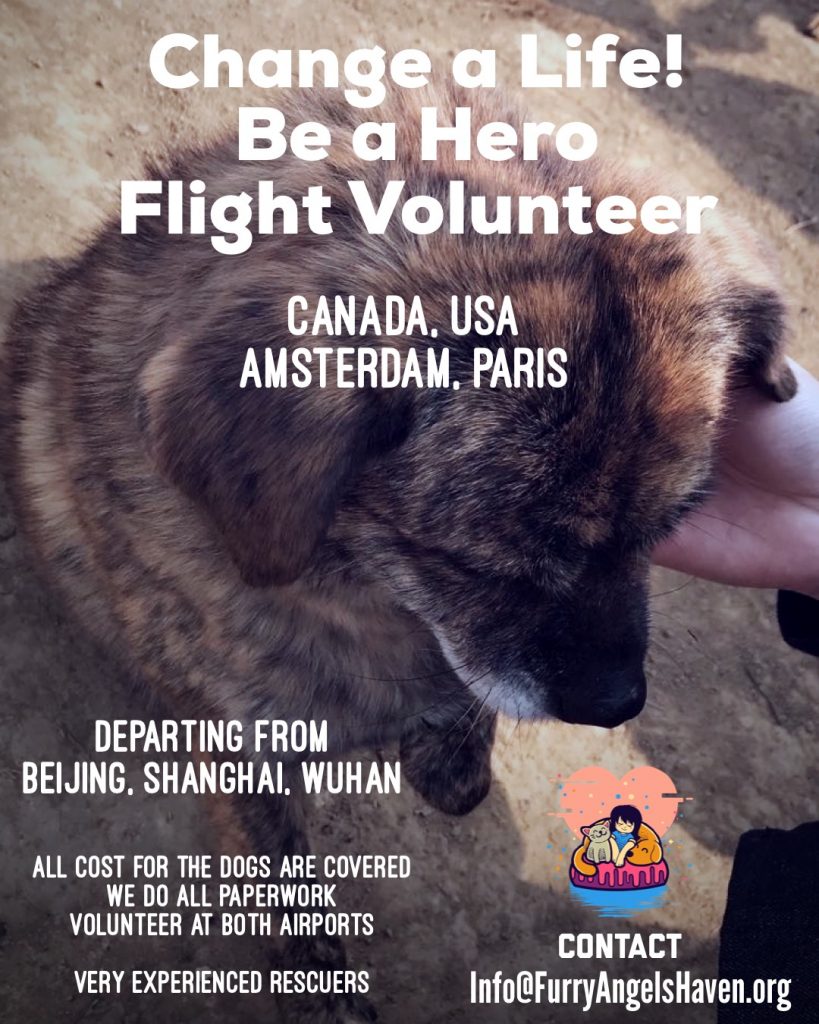