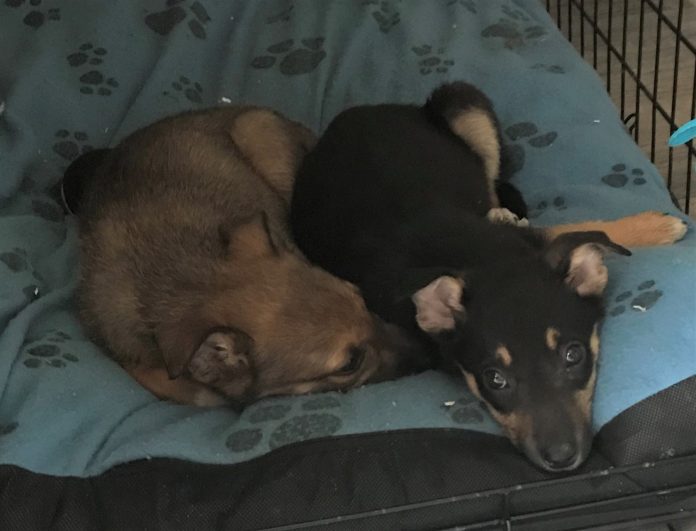 While more and more Brits are keen to let their dogs take part to Christmas celebrations along with the rest of the family, the festive period is not a happy one for many, less lucky animals. Not only there are hundreds of calls to the RSPCA’s cruelty line each Christmas day, but many pups are bred in puppy farms for the sole purpose of being sold as Christmas presents, like objects to be wrapped up and placed under the tree.

Despite the decades old message that ‘a dog is for life, not just for Christmas‘, far too many members of the public still buy puppies on impulse, online and from unscrupulous breeder, as Christmas presents. With Lucy’s Law only set to come into force in April 2020, there is sadly little reason to hope things are going to be different this year. Many of the pups bought over the Christmas period find themselves in rescues, pounds or in the streets once the realities of dog ownership set in; others become gravely ill as soon as they arrive in their new home, causing heartbreak to the well-meaning members of the public who bought them.

Eight-week-old Pepsi and Tala were already sick when they were brought to Donna Egan, from Bristol, who had seen an advert online and had arranged to go see the pups.

“I really didn’t feel comfortable with the situation but decided I couldn’t stand to see the seller take the puppies away.”

“We saw an advert for puppies on Gumtree and arranged to go see them,” said Donna. “On the way there, the seller called to say they were busy and would bring the puppies to us instead.”

This is a huge red flags, as it is a common excuse puppy farmers use to sell puppies away from the breeding site and keep potential buyers from seeing the horrific conditions they were born into. But it happened so fast, Donna did not know how to react; when the seller arrived he had two puppies and put them straight into Donna’s open car with her children inside.

Donna continued, “I was taken aback. My children immediately wanted the pups but I could see that they were in a bad condition. I really didn’t feel comfortable with the situation but decided I couldn’t stand to see the seller take the puppies away. I was worried as I didn’t know what would happen to them, they looked so poorly.” 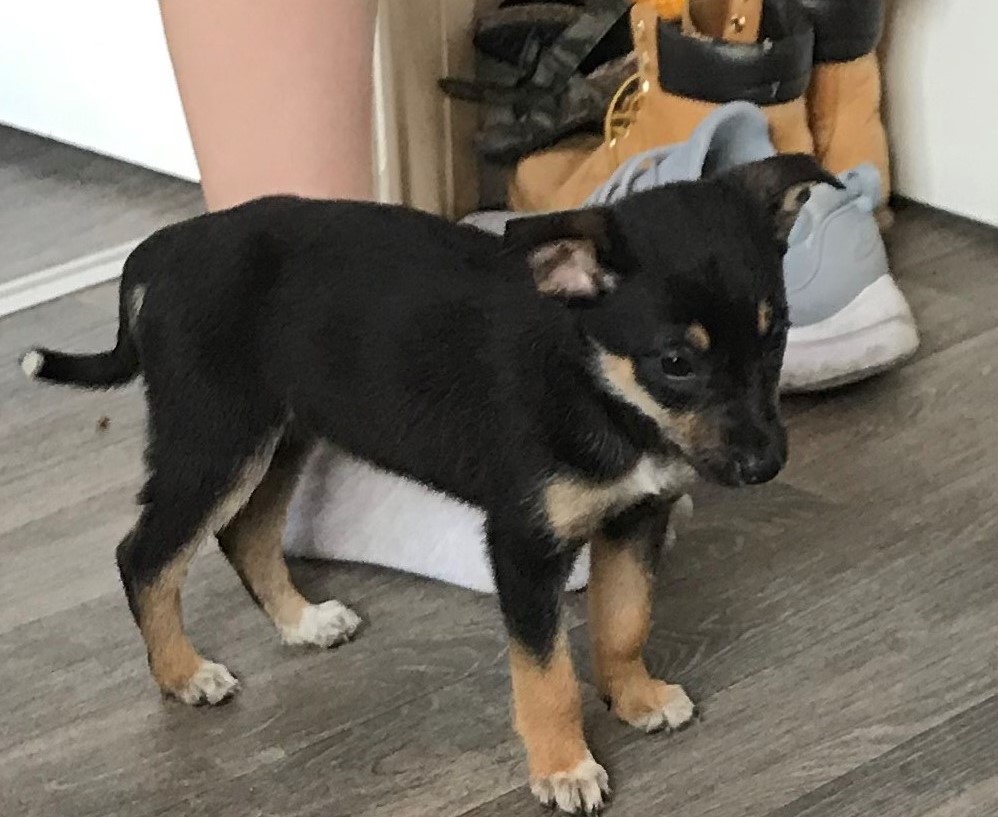 This is another common tactic: it is very hard to walk away from poorly pups, as the desire to save them obviously takes over, even while knowing that the money is going to disreputable breeders to fuel a cruel industry.

Donna brought both puppies to Bristol PDSA Pet Hospital to get a thorough check-up – and they were, indeed, very sick.

PDSA vet Penny Morgan said, “When the puppies arrived at the Pet Hospital they were in a sorry state. Their breeder clearly hadn’t given them the proper preventive care, like vaccines, worming and flea treatment, or raised them in a healthy environment. They needed to put on weight but had diarrhoea with severe worms.

“Both puppies were riddled with fleas and lice, which had caused scaly patches of skin on their little bodies. It’s quite rare for a dog or cat to have a louse infestation. Lice are most common in pets who are young, old or unwell and pets kept in dirty, overcrowded conditions.”

“I would urge anyone thinking about getting a puppy to be careful so they don’t end up in the same situation as me.”

Pepsi and Tala were treated for lice, fleas and worms and went back to their new home the same day. Donna was advised to feed them a bland diet and give them probiotic paste to help treat their diarrhoea and vomiting. Despite their awful start in life, Pepsi and Tala’s story has a happy ending: they are now thriving in their new family.

Donna said, “The puppies are gaining weight and we’ve treated the whole house to get everything free from parasites. Their health is much better. I’m determined to do everything right for them after they had such a poor start in life. They’ve been back to the Pet Hospital for their vaccinations and will be neutered in the near future so they can have the best possible health despite their bad start. ”

“I would urge anyone thinking about getting a puppy to be careful so they don’t end up in the same situation as me.” 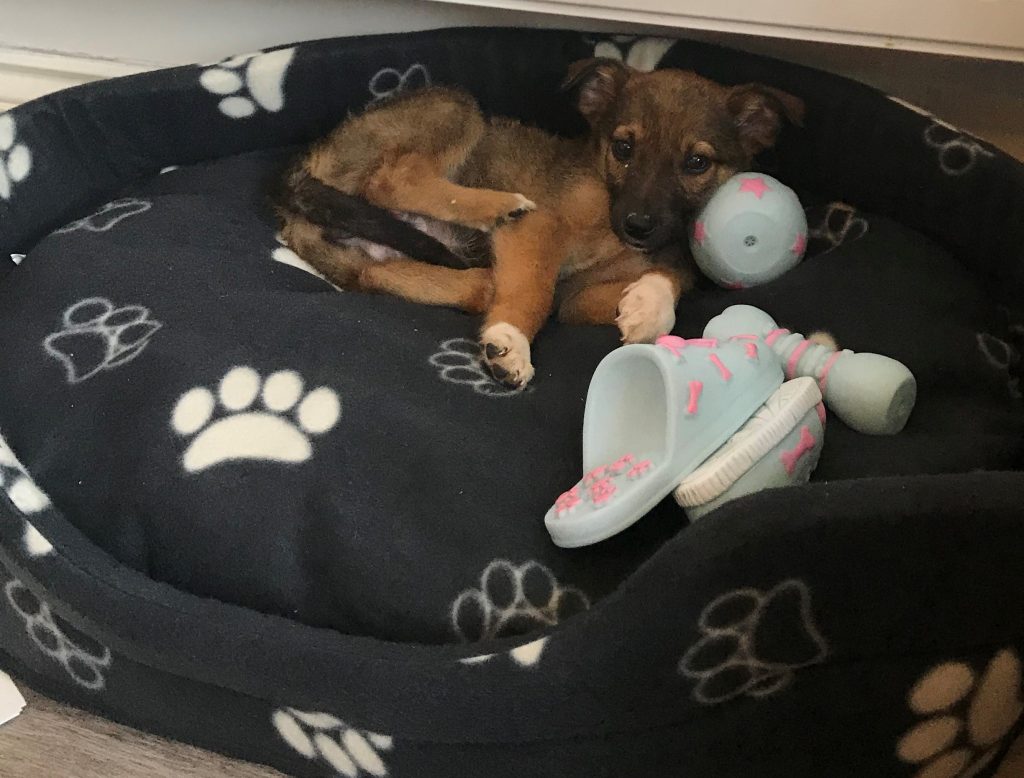 Penny added, “With more and more pets being advertised for sale online, it’s really important to avoid buying from a puppy farm, or a poor environment. You should always see them at their home, with their mother, before buying. Lots of puppy farm breeders use tricks, whether it’s offering to meet you half way or telling you the pups’ mum is ‘having a break’ if you can’t see her.

“The best way to help these puppies is to walk away and report any dodgy sellers to the website they’re being advertised on, the RSPCA or the local council.”

“If you decide that a dog is the best pet for you, consider rehoming a rescue dog, but if that’s not an option then look for a puppy breeder who is happy to use the Puppy Contract.”

Worryingly, the 2019 PDSA Animal Wellbeing (PAW) Report identified that 4.6 million UK pet owners (21%) did no research at all before taking on their pet. A poor environment as a young puppy can have a knock-on effect for a dog’s whole life, even when it disease doesn’t get to them first.

For those considering a puppy, Penny said, “Puppies are great but remember they are a big commitment. Make sure you’ll be able to look after a dog for their whole life and do your research into their Five Welfare Needs. If you decide that a dog is the best pet for you, consider rehoming a rescue dog, but if that’s not an option then look for a puppy breeder who is happy to use the Puppy Contract. Good breeders will often have a waiting list and want to ask you just as many questions as you ask them to make sure their puppies are going to a good home!”

More advice for potential dog owners can be found here.