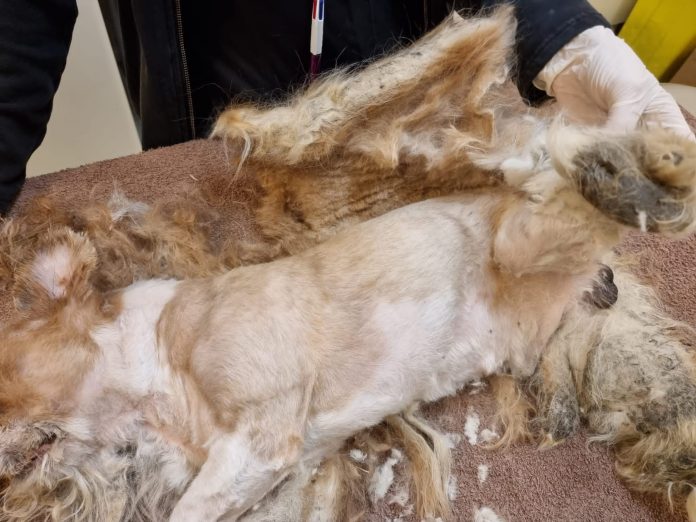 A nine-year-old Shih Tzu named Moses was so severely matted that an RSPCA officer was unsure what breed she might find underneath all the matted fur. Moses had a faeces- and urine-soaked coat that was described as a “hardened shell” by RSPCA inspector Pamela Bird.

Over half a kilo (1.5 pounds) of fur was shaved off Moses, whose tail was so badly matted that it stuck out at a right angle to his body. Vets even found a cocktail stick embedded in the fur near his skin as they shaved the coat off – a task which took a team of three people more than two hours. 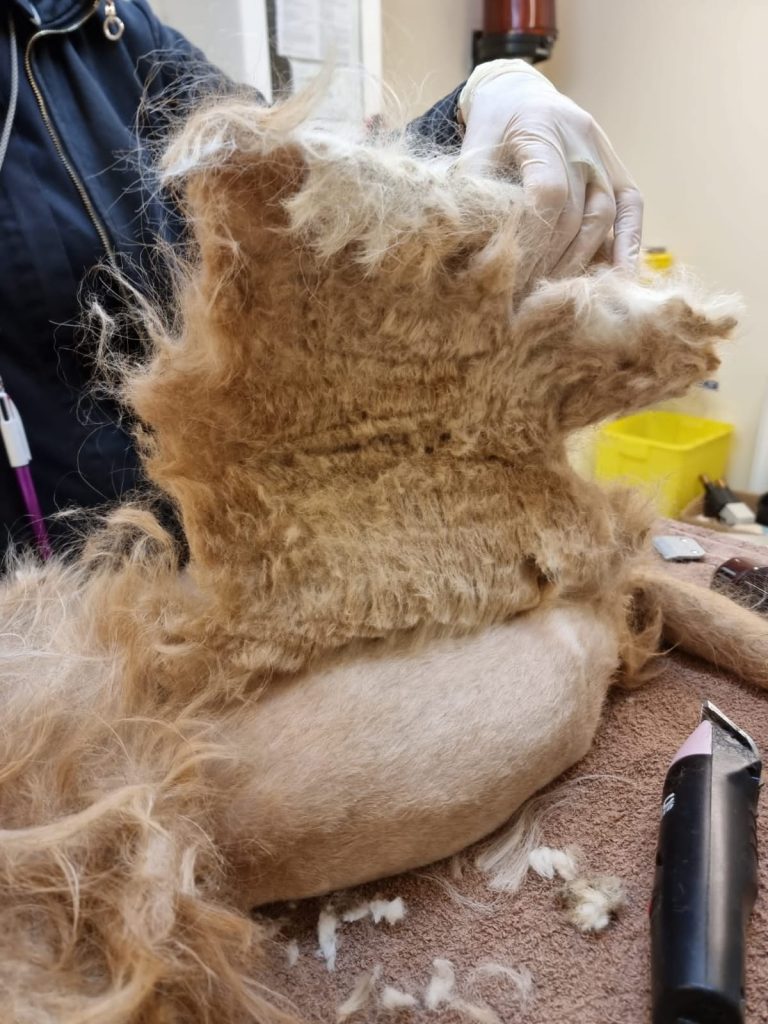 The vet who examined Moses said it would have taken “a good couple of years” for his coat to get into such a state. The RSPCA received a call about Moses last month after a member of the public spotted him wandering in a street. Inspectors were able to locate his owner, who was elderly and suffering from serious ill health.

Pamela said, “The scale of what we were dealing with became apparent once the veterinary team had started work on Moses’ coat; it was caked in urine and faeces and smelt awful. We all became more and more shocked by what we were seeing and the realisation at what this poor little dog had endured. 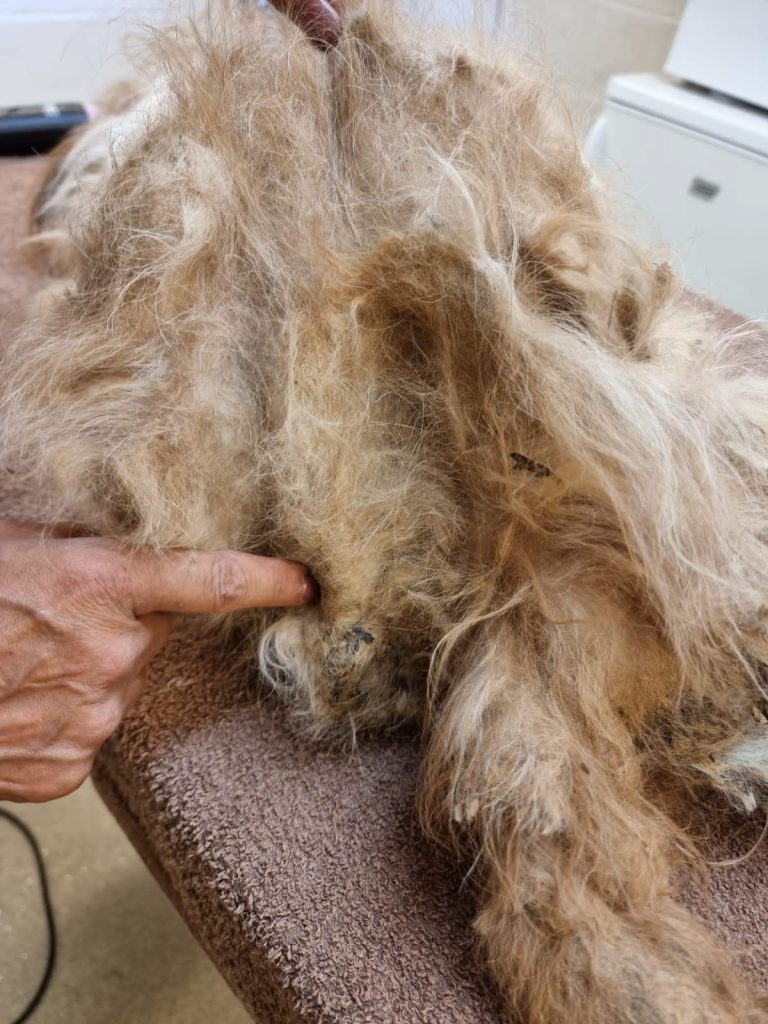 “He was sedated in a way that was sensitive to his age, which is why it took the team a long time to slowly shave off his fur – particularly as there were a few sore patches underneath, but they did an absolutely fantastic job.

“It’s one of the worst cases of matting I’ve ever seen, but despite this hardened shell of foul-smelling fur which he was carrying around – which must have been incredibly uncomfortable for him – Moses was one of the most lovely natured dogs you could ever meet.” 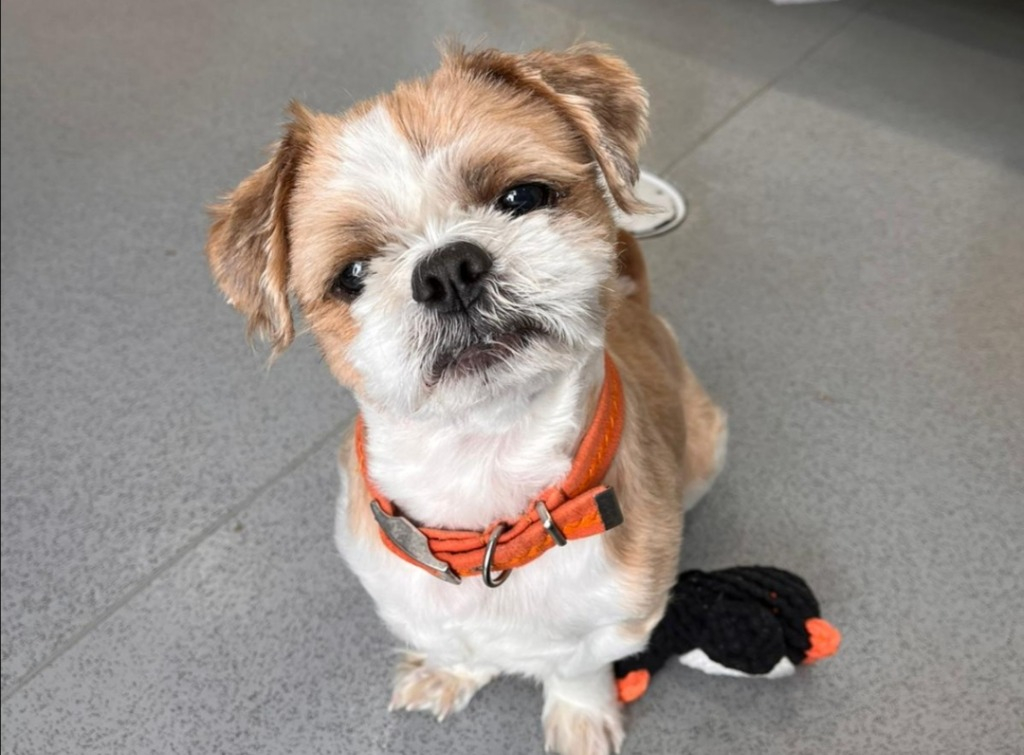 She added, “He’s having special baths to soothe his skin, which he’s been enjoying, and we’re really beginning to see his playful side come out, despite the fact he’s a little more mature in years.

“It’s been a team effort to get him to where he is now and we’re so pleased that we’ve been able to help give him this second chance as we think he’s going to make someone a wonderful, loving pet.”