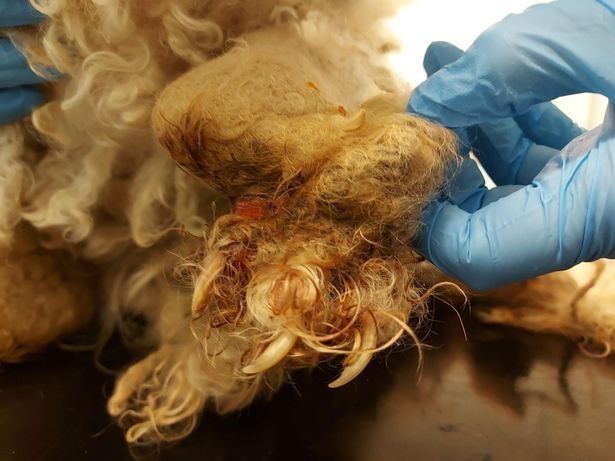 A woman from Carmarthenshire who allowed her dog’s coat to become so matted it cut blood supply to the foot has received an eight-week prison sentence – suspended for 12 months.

The dog, called Trixie, was taken to PDSA in Swansea on 5 January this year by owner Linda Jones. The vet who examined her said Trixie was not putting weight on her left front leg, which was “foul smelling”. As Trixie was in pain, she was sedated before her fur could be clipped and the foot examined.

“The hair I was able to remove around her pads and toes revealed black, cold skin that was becoming necrotic”

The vet said, “I was able to see the skin had been ‘cheese wired’ by the bands of hair and matting and had cut into the flesh revealing her flexor tendons and underlying fascia, it was also possible to see bone when the limb was flexed.

“The hair I was able to remove around her pads and toes revealed black, cold skin that was becoming necrotic. I believe this is what was causing the smell. It looked like the limb had been tourniqueted in two places from the tight bands of matted fur. Unfortunately this had cut off the vasculature to the distal limb which had died off.

“Mrs Jones advised that the duration of lameness was about a week, suggesting Trixie had been painful enough to not use the limb for that time as a minimum. In my opinion the changes to the limb had likely happened over a longer period of probably at least three weeks.

“This is not taking into account the discomfort Trixie would have been in with a heavily matted coat, which was likely of at least three months duration.” 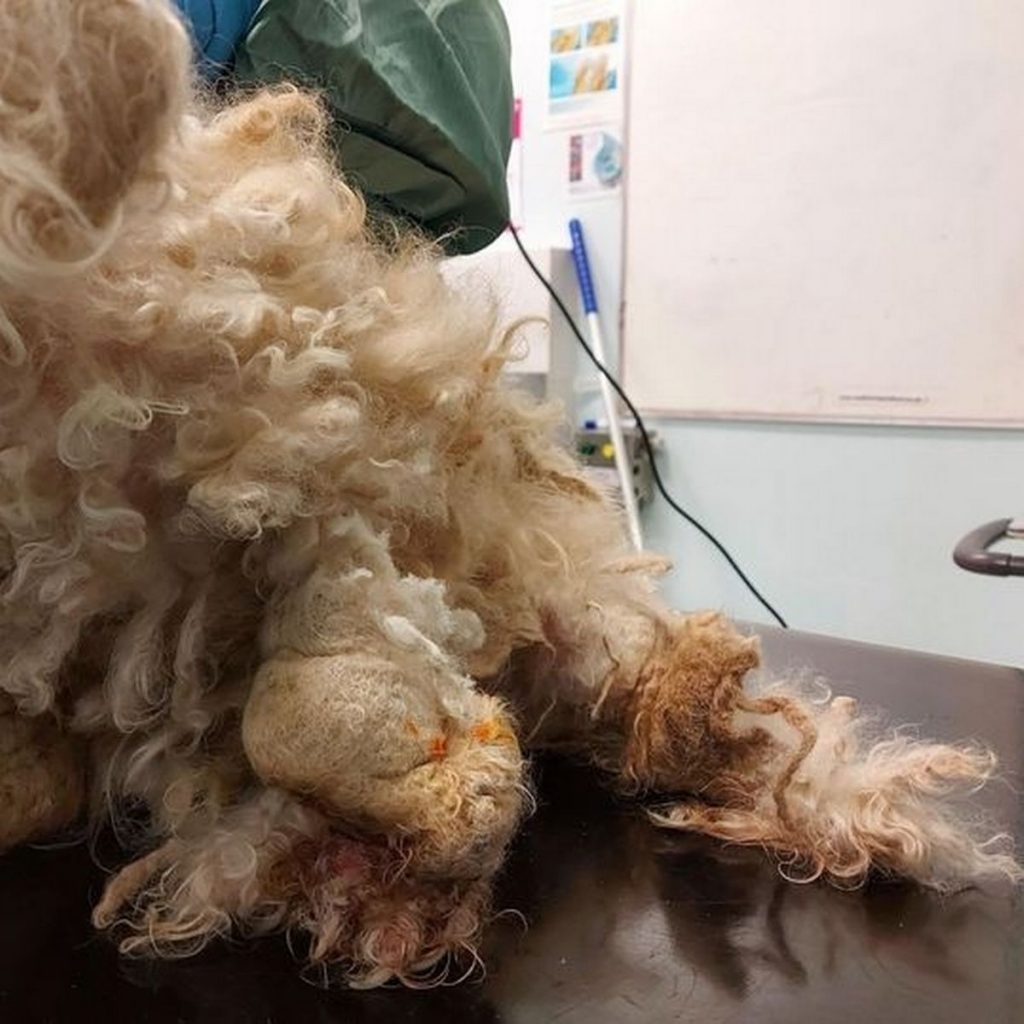 The vet put Trixie to sleep on humane grounds, and later contacted the RSPCA to report the case. RSPCA inspector Keith Hogben visited Jones on 11 January.

“I introduced myself and said I was there as we had received an allegation of neglect about a dog named Trixie,” he said.

“Linda Jones informed me that Trixie had not been neglected and there was nothing wrong with her. I explained that a vet had said she had been euthanasied due to her severely matted coat and an infected injury to her foot.”

Jones later insisted that she had not neglected her dog, that Trixie’s paw had “only been bad for two weeks” and that she was going to get her coat groomed after the foot healed.

In court, Jones eventually pled guilty to causinge unnecessary suffering to Trixie. As well as a suspended eight-week sentence – which seems rather lenient, considering the fact maximum sentences for animal cruelty offences were increased tenfold to up to five years last June – Jones was banned from keeping all animals for ten years, ordered to carry out ten days rehabilitation, and told to pay £428 in costs and a surcharge.

Inspector Hogben said, “Sadly the basic needs of this little dog had not been met. She hadn’t been groomed regularly which resulted in a severely matted coat and a leg injury that couldn’t be treated in time to save Trixie’s life.”