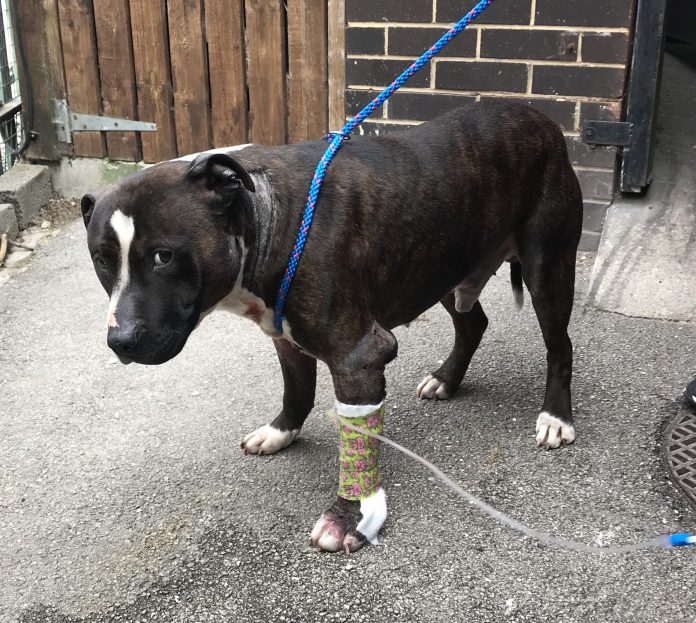 The RSPCA has launched an investigation on the circumstances surrounding an incident in Basil Street, Bradford, on Thursday 12 May. A bloodied male Staffie staggered in a garden before collapsing in a pool of blood.

RSPCA Inspector Demi Hodby, who collected the dog, said, “We checked a neighbour’s CCTV and it showed Star wandering from the street into the garden at around 4.30am before he collapsed in a pool of blood.

“The CCTV doesn’t show where Star came from and there’s no obvious blood trail so I believe someone has driven him into the area and dumped him in this state.” 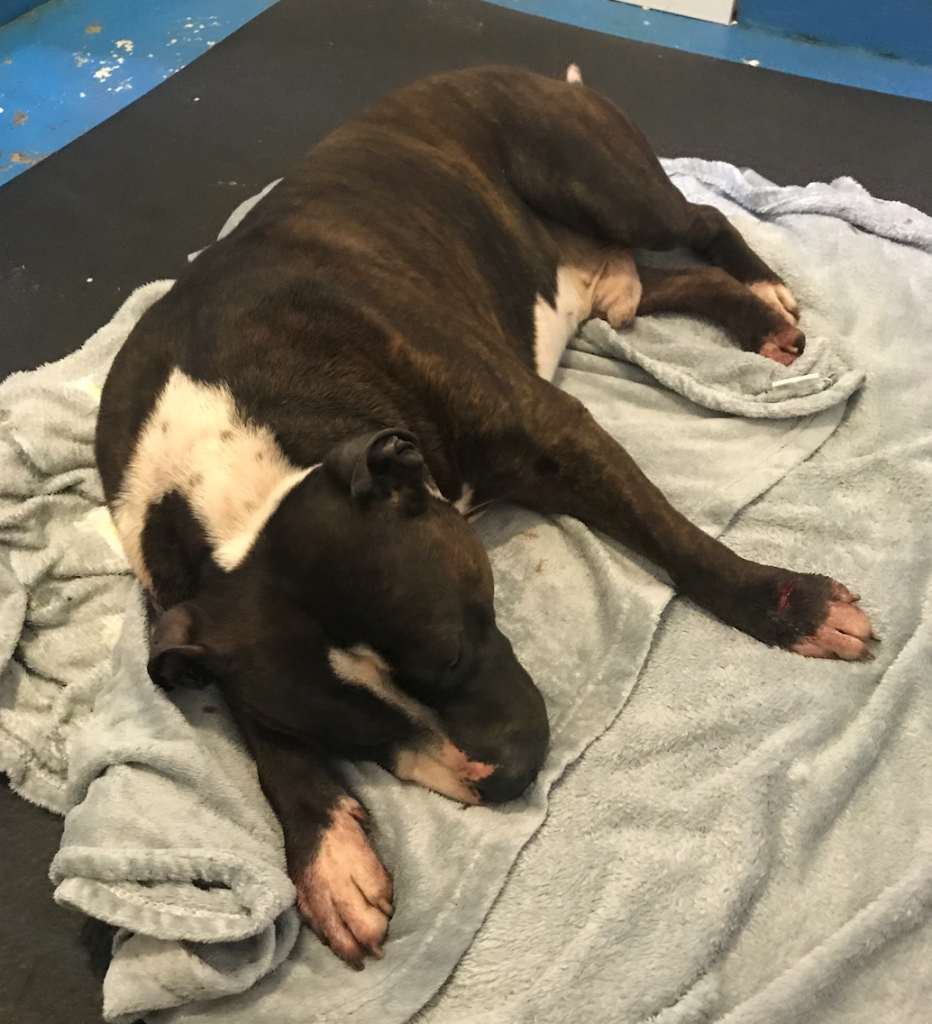 The dog was microchipped, but details in the microchip don’t match up. His name is registered as ‘Star’. Officers are trying to trace the contact details on the chip, and are asking local people to check their doorbell cameras and CCTV to see if they can trace where the dog came from, or “if they captured footage of a person or vehicle abandoning him nearby”.

Star is now receiving urgent treatment with vets, who believe his injuries have been caused by a dog fight, leading to concerns he may have been used in organised dog fighting. 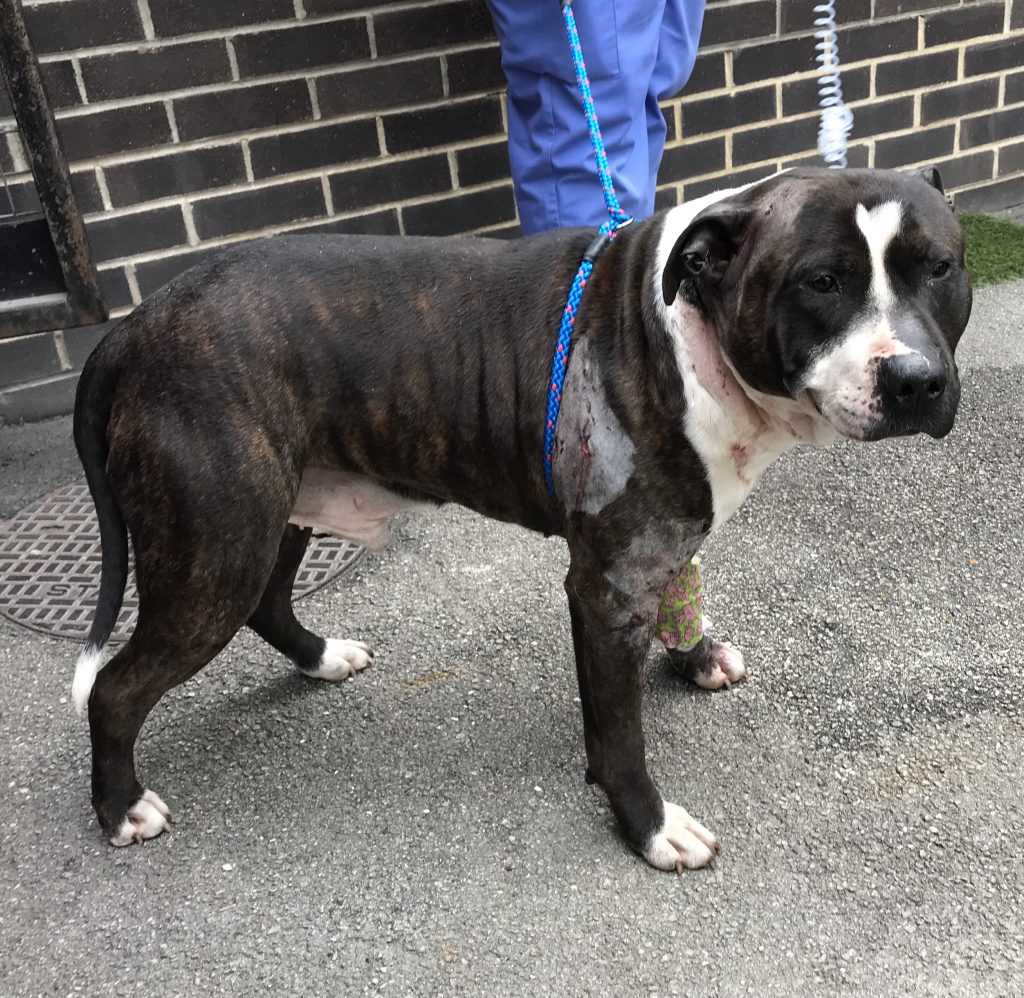 Demi added, “Poor Star was covered in multiple injuries. He had a total of eight open, bloodied wounds which all needed cleaning and stitching under anaesthetic. We were concerned when it took him a long time to wake up from the surgery but, thankfully, he pulled through and now seems to be getting stronger.

“He has two particularly deep wounds on his belly and his front paw. He’s battered and bruised so is feeling sore but he’s up and walking around now, and has started eating, which is wonderful to see.”

Demi is appealing to anyone who might recognise him, lives in the area and has CCTV, or saw anything suspicious overnight on Wednesday 12 May to contact the RSPCA appeal line on 0300 123 8018.