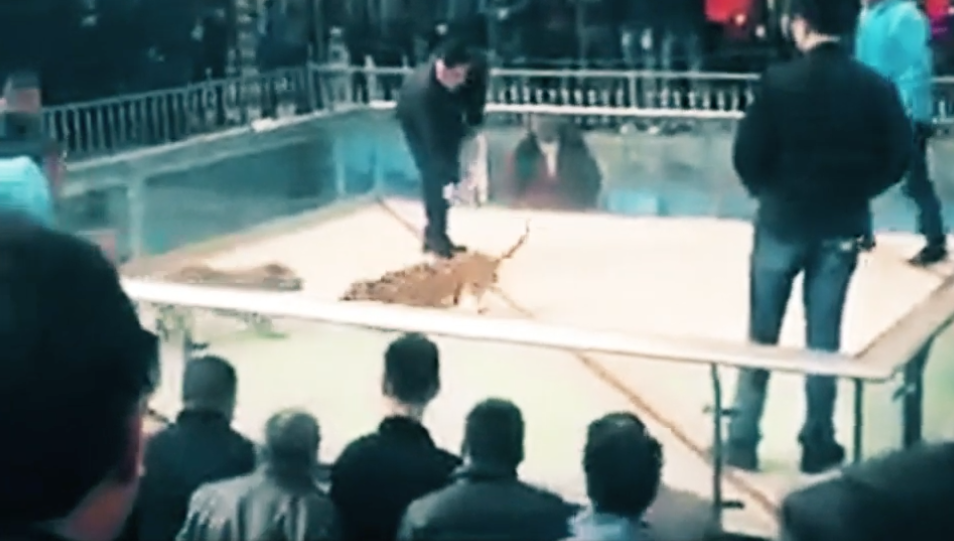 A major BBC expose revealed how dogs are being sold and shipped across the world – including the UK – to partake in dog fighting. The Radio 4PM programme and BBC One News at Six report, aired on 13 February, was based on information by an earlier investigation carried out by animal welfare charity League Against Cruel Sports – and unveiled the deeply disturbing world of organised dog fighting.

Despite being banned in 1835, dog fighting still poses a significant threat in the UK. Dogs are forced to take part in organised fights lasting up to two hours, which often results in death. Crowds eagerly watch dogs being ripped apart and bet large sums of money on the results. The Champions of the fights can produce a lot of money for the owner, so successful dogs are bred to increase the chances of a good fighter. Dogs with a proven fight record can be sold for several thousand pounds through a network of buyers and sellers.

Our investigations suggest there are hundreds of dog fighters in the UK. Many of the dogs being abused by these people will die in the ring or shortly after from their injuries

Bulgarian national, Ivo Nikolov, was discovered to be at the centre of a global network, using Tommy Flyman kennels to transport dogs, including mixed bull breeds, to dog fighters in at least 29 countries. The League Against Cruel Sports uncovered him and his global network after following a tip-off regarding potential dog fighting in the Midlands.

Martin Sims, Director of Investigations at the League Against Cruel Sports, said, “Dog fighting is a global plague that lurks beneath the surface of apparently civilised societies. This kind of brutality should be a thing of the past but it is very much part of the present. The League’s investigation has been a sickening journey into a depraved way of life which has horrendous animal cruelty at its core. “We’d like to thank the BBC for exposing dog fighting in such a powerful way. Their story shows clearly how this network is linked to dog fighters across the world. It’s impossible to know how many dogs are trapped worldwide by dog fighting, but our intelligence suggests it’s in the tens of thousands. We need governments globally to crack down on what is an unacceptable abuse of an animal which puts its trust in humans – but is being betrayed.

“Our investigations suggest there are hundreds of dog fighters in the UK. Many of the dogs being abused by these people will die in the ring or shortly after from their injuries. We hope our work will lead to more people involved in dog fighting being caught, locked up and banned from ever owning another animal.”

Injured fighting dogs are rarely given veterinary treatment to avoid suspicion, so wounds are ‘fixed’ at home by their owners with basic equipment, like staplers and superglue. Professional fights require strict training regimes that build up strength and stamina, so dogs are put through strenuous training on treadmills and other devices.

The League is calling for a number of changes to ensure that dog fighting is taken seriously as a crime in the UK. These include:

Video by League Against Cruel Sports.