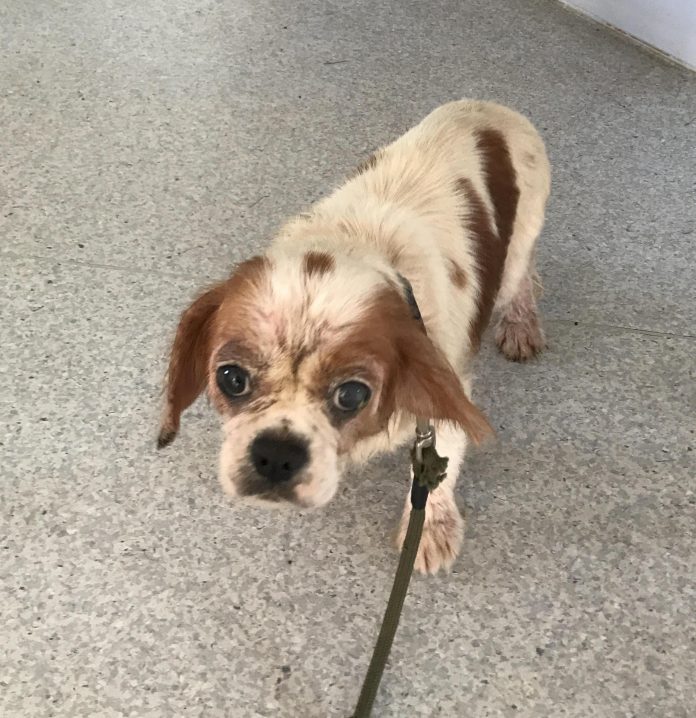 The RSPCA is appealing for information as they carry out an investigation after a very poorly dog was handed into a vet practice in Ashford, Kent, by a member of the public.

The dog, an unneutered female King Charles Spaniel, was found straying in Charing on Wednesday 15 September and handed in to the vet surgery the next day. After checking her over, staff at the clinic contacted the RSPCA – who suspect she has come from a puppy farm, where she spent her life giving birth to litter after litter with little to no care before being callously dumped as soon as she outlived her usefulness.

RSPCA Inspector Clive Hopwood said, “This poor dog was in such a sorry state; she had terrible teeth, awful eye infections – which may well leave her partially sighted – and horrible skin condition. Someone has clearly neglected her for some time.

“She was unneutered so we suspect she may have been used for breeding in the past and has received a very low standard of care. She was microchipped but the chip was not registered and the chip company told us they could not pull any usable data from her account.” 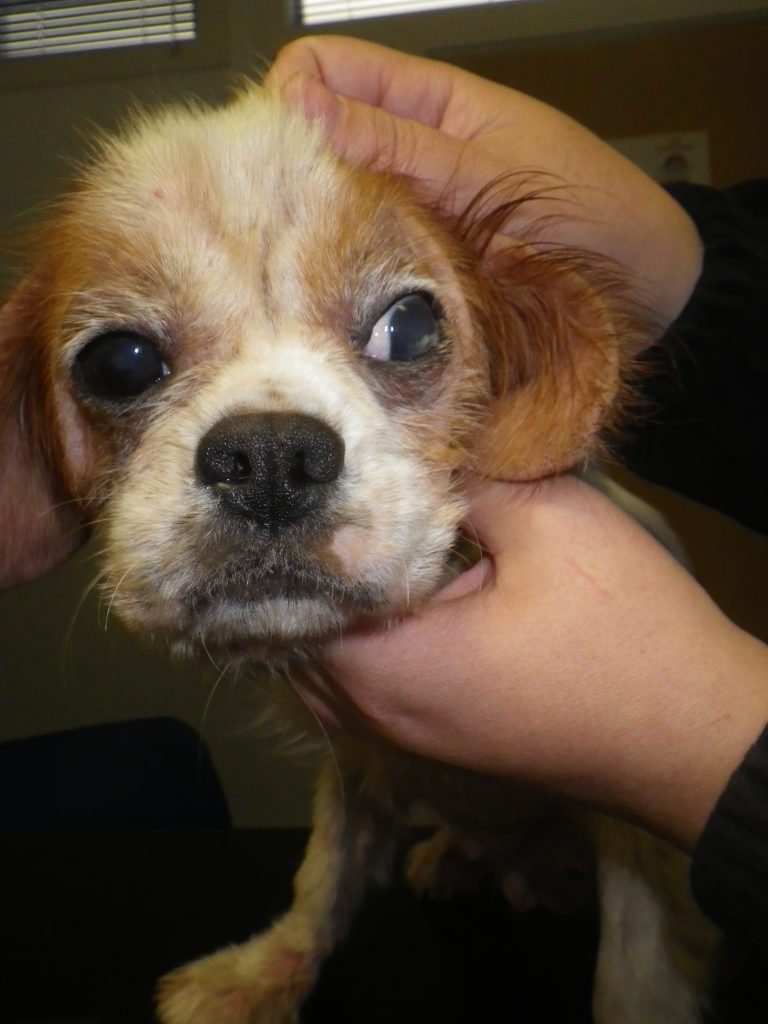 Now named Olive, the little dog is believed to be about five years old and is currently receiving care at the vets, until she is well enough to be moved to a RSPCA rehoming centre.

Hopwood added, “It looks like she’ll need to have some teeth removed and her eyes and skin will require considerable treatment; we don’t know yet if she’ll be able to see once her eyes have recovered.

“To allow her to get into this state is totally heartless. I’d like to speak to anyone who recognises her or who may have information as to who was responsible for her care. Please call us on 0300 123 8018 and leave me a message if you can help out enquiries.”