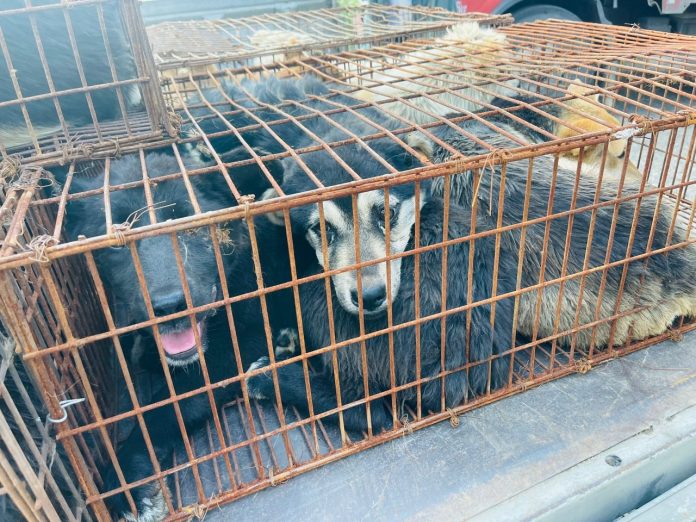 Chinese animal activists in Guangxi have intercepted a dog truck outside the city of Yulin, just as the annual dog meat eating gets underway – despite last year’s indications from the Chinese Ministry of Agriculture that dogs are not for eating.

Packed with 68 terrified and sickly-looking dogs, the truck was headed for Yulin’s slaughterhouses when activists intercepted it. After urging Yulin authorities to step in with checkpoints to confiscated the dogs, activists decided to take matters into their own hands.

Despite the Yulin festival going ahead year after year, a relatively small number of Chinese people actually consume dog meat, with growing opposition to the trade from younger generations across Asia. Many of the dogs ensnared in the trade are family pets, stolen from their homes. 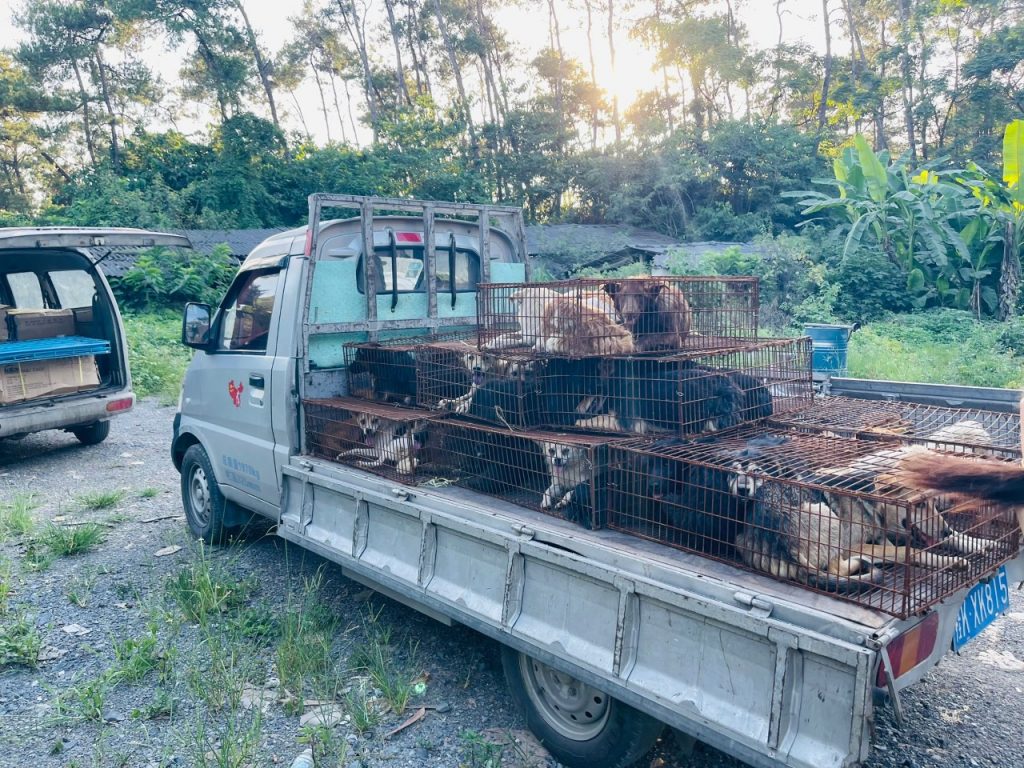 Liang Jia, a Guangxi activist, said, “It was so frustrating to watch trucks of dogs arrive in Yulin when the authorities were supposed to be stopping them and confiscating the dogs. So we decided to save some dogs ourselves and waited on the highway for the next truck to arrive.

“When it did, we flagged it down and convinced the truck driver to hand over the dogs because they were clearly stolen pets for whom he didn’t have the legally required paperwork. The dogs offered us their paw just like a pet at home, and they had healthy teeth which means someone was looking after them before they were stolen.”

Liang Jia added, “The Yulin authorities have a responsibility to protect public health, even if they don’t also care about the animals like we do. These poor dogs look sick, and thankfully now they will receive veterinary care, but who knows what diseases they could carry that would end up in the food market.”

The dogs were moved to a temporary facility to rest, recover and receive veterinary care before making the journey to a shelter supported by Humane Society International.

Dr Peter Li, China policy specialist for Humane Society International, said, “These activists are typical of a new generation in China who strongly oppose the dog and cat meat trades and are prepared to take action to see it ended in places like Yulin. The truth is that most Chinese people, including those in Yulin, don’t eat dogs.

“The suffering of these animals in Yulin is of course a tragedy, but we need to be calling for an end to this brutal trade every day across China, not just a few days in June in one city.” 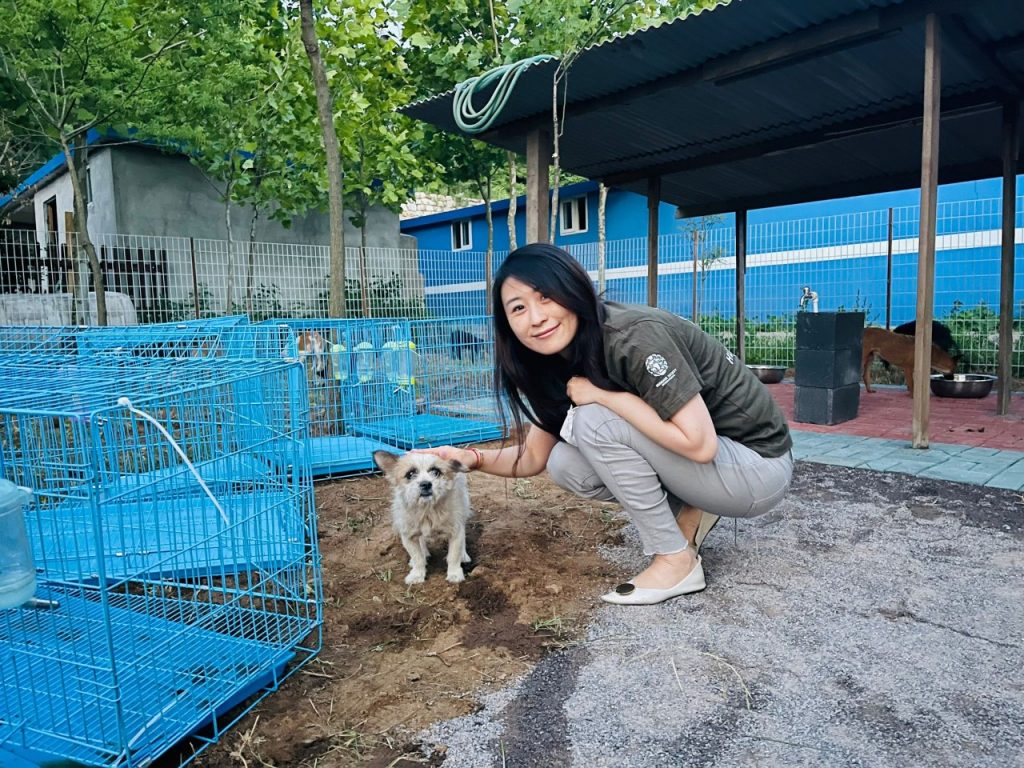 He added, “Through dog theft, illegal trans-provincial transport and inhumane slaughter, the trade not only subjects animals to suffering but also risks public health with the potential for the spread of rabies and other diseases. These are compelling reasons for the Chinese authorities to end this trade once and for all.”