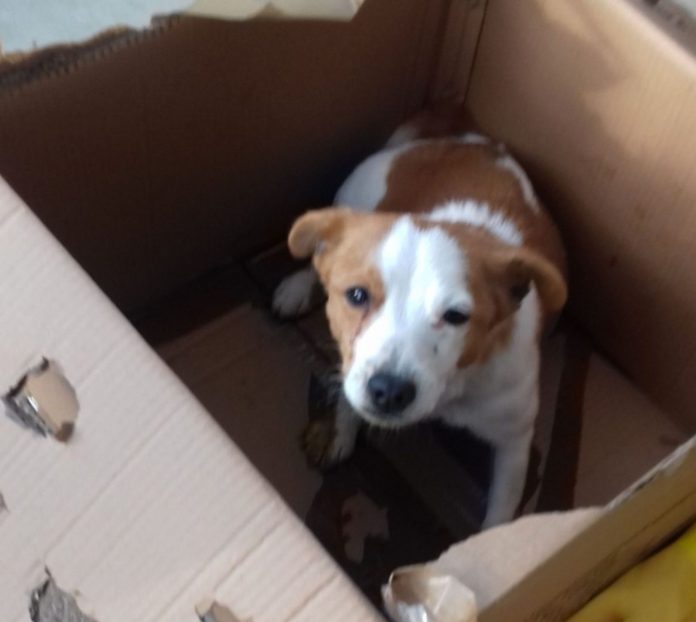 A heavily pregnant Jack Russell terrier died alongside her puppies shortly after being found dumped on a driveway in Kent.

The dog was taped up in the box, which was abandoned on a driveway in Pluckley Road, Ashford. The residents found her on the morning of Tuesday 11 May, took her inside, and called the RSPCA.

Inspector Clive Hopwood, who is now investigating, said, “This poor tan and white terrier was very pitiful and we were incredibly concerned about her welfare and that of her unborn puppies.

“She was found inside a brown International Packaging cardboard box, taped up with brown packing tape and with air holes punctured in the top.” 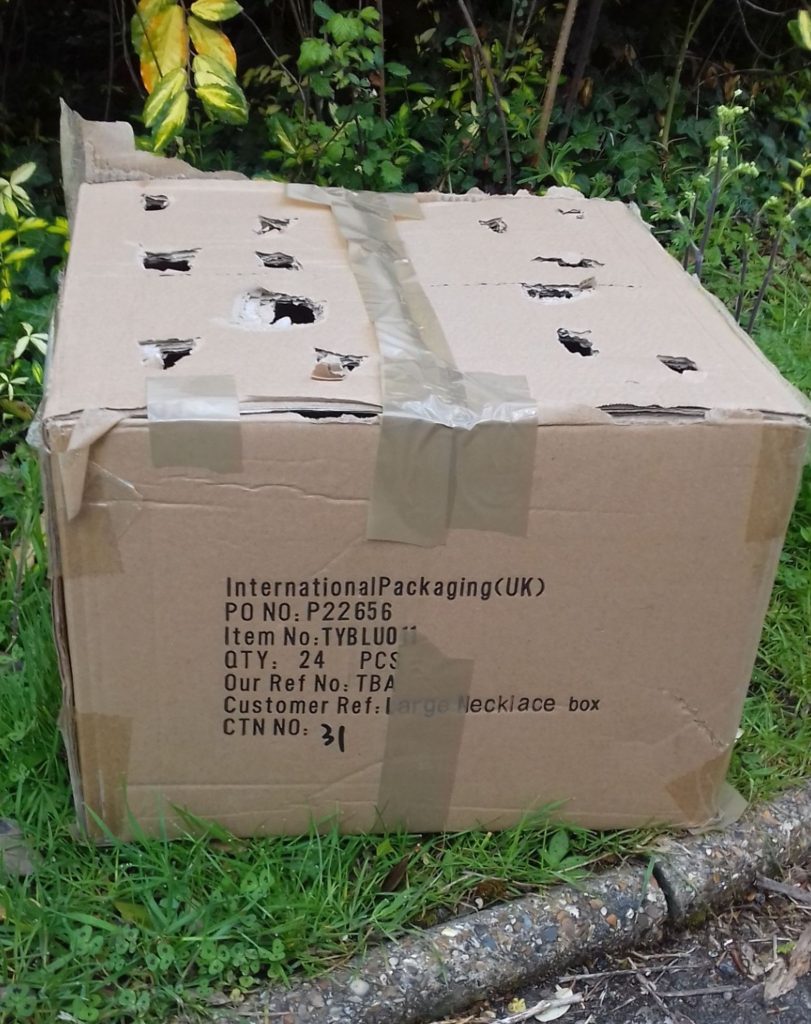 “I rushed her to a local vet and they monitored her closely. She started giving birth to the puppies but was struggling so they decided to try a Caesarean but, sadly, both puppies were dead and she didn’t come around from the anaesthetic. She was just so weak. It’s absolutely heartbreaking.”

Clive is now trying to find out where she came from, and who abandoned her in such a state.

“To leave this vulnerable bitch just hours away from giving birth in a box on a stranger’s driveway is just shocking,” he said. “Had she had had earlier veterinary intervention she may well have pulled through and her puppies may well have survived.

“I’d like to hear from anyone who saw anything suspicious in the area of Pluckley Road on Tuesday morning or who recognises this little dog. Please call us on 0300 123 8018.”