Less than a year after Lucy’s Law came into effect in England, Scotland is now officially going to follow suit: the legislation has been signed into law, and it will come into effect in September.

Lucy’s Law makes it illegal to sell puppies and kittens through a third-party seller, such as a pet shop or a commercial dealer; this takes away the ‘middle man’ puppy farmers and traffickers hide behind in order to make a profit by breeding dogs in squalid conditions much of the public is still unaware of despite years of campaigning for awareness.

However, the ongoing pandemic has made the implementation difficult so far, as it gave unscrupulous breeders an excellent excuse to keep potential buyers from visiting the breeding premises and keep delivering puppies as they took advantage of the surge of demand for pets and rising prices for puppies and kittens. This also caused an increase in pet theft, with thieves even impersonating RSPCA officers.

Still, there is hope that the situation can be brought back under control once the pandemic is over.

Dr Ed Hayes, Head of Public Affairs at The Kennel Club, said, “We are delighted that these new animal breeding and sale regulations, which include Lucy’s Law, have been made into law in Scotland – it’s a long-awaited and crucial step.

“Sadly, too often irresponsible breeders in the UK and abroad have depended on commercial third party sellers, like ‘dealers’ or pet shops, to disguise the horrific conditions puppies are bred and brought up in to the public, readily making a huge profit while causing untold suffering.

“We hope Lucy’s Law will help bring an end to this and alongside improving welfare conditions for puppies, it will also encourage anyone thinking of getting a puppy to really do their research and find a responsible breeder. This couldn’t be more important right now, as we continue to see the demand for puppies rise during the pandemic.” 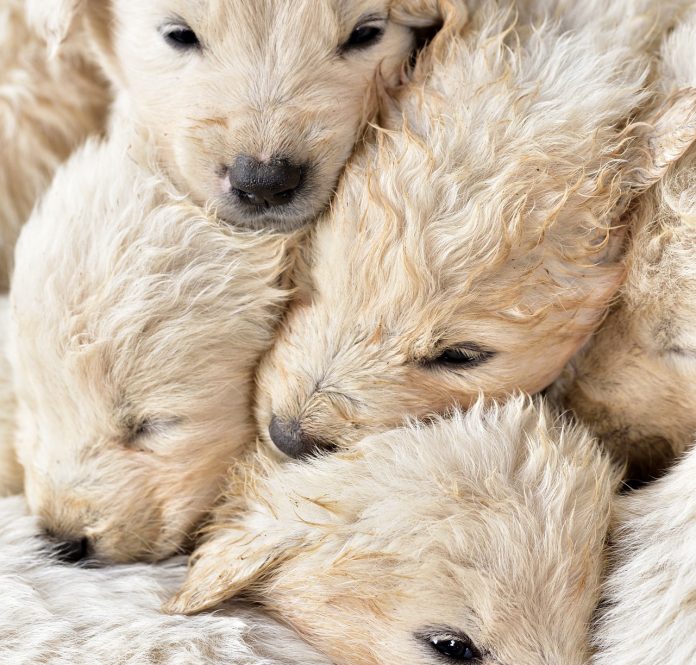 The organisation has also commended the “straightforward” breeding regulations for “breaking away from the complex English approach to licensing”, which The Kennel Club says “unfairly and disproportionately targets responsible, low volume breeders, as well as being difficult to enforce and understand.”

Dogs Today published an in-depth analysis of the contradictions and pitfalls of England’s breeding licensing regulations in the latest issue.

“We are pleased that the Scottish Government recognised and acted on our concerns about the ‘business test’, and commend them for heeding our warnings to not repeat the mistakes made in the parallel English regulations, which we know haven’t been effective in tackling poor breeding practices,” added Dr Hayes.

Earlier this month, Wales confirmed they are also planning to implement Lucy’s Law this year, with a debate to take place in March.

In July this year, Scotland also raised the maximum custodial sentence for animal cruelty charges from one year to five years; a similar Bill in England is just now moving on to its final stages in the House of Commons.