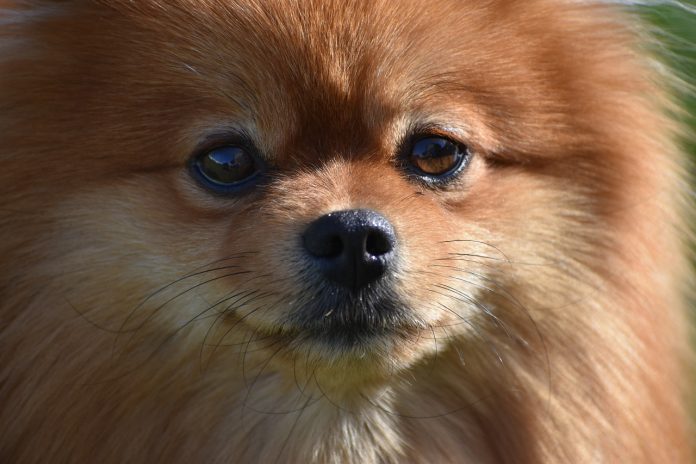 An elderly dog in Hong Kong who made the headlines by testing ‘weak positive’ to Covid-19 after his owner was found to be infected with coronavirus has died following weeks of quarantine and testing.

The dog ultimately tested negative; it is believed the positive swabs simply indicated that his mouth and nose were contaminated with Covid-19 virus from the household.

Wendy Higgins, Director of International Media at Humane Society International, said, “It is very sad news that the elderly dog in Hong Kong has passed away. It must be remembered though that he ultimately tested negative for the virus, showed no signs of illness throughout, and at 17 years old it is possible that the stress of weeks of quarantine, testing, and being separated from his owner, contributed to his passing.”

She added, “We simply don’t know, but what we do know is that the World Health Organisation advice is clear that there is no evidence dogs can pass the virus to people.”

Despite the statement by World Health Organization, animal groups across China remain vigilant, with some shelters reporting higher than usual numbers of animals found wandering the streets.

Sixty-five animal charities and pet shelters from across the country have signed an open letter calling for “compassion rather than cruelty to dogs and cat”, in response to the Covid-19 crisis.

“Groups in Beijing, Dalian, Shanghai, and beyond have appealed for people not to abandon or harm their pets, and urge local police forces and community officers not to carry out lethal culls of dogs,” a statement by Humane Society International (HSI) reads.

“Last month there were a number of recorded incidents of dogs being brutally beaten to death in the street in Yongjia County, Zhejiang, and in Chengdu and Nanchong in Sichuan province.

“And most recently video emerged of a pet dog being roughly caught by the neck by local dog catchers outside a Shanghai apartment block, and swung through the air into a cage on the back of a truck. The local government in Shanxi, north China has also called for the closure of all pet hospitals and public dog walking.”

Dr Peter Li, China Policy Expert at HSI, said, “It’s critical that citizens and officials alike do not over-react or respond in a way that will cause harm or injury to animals. There is also no evidence that dogs can pass the virus to people. Family pets do not deserve to be turned out on the street, or beaten, or denied exercise or access to veterinary care.”

Dezhi Yu, Director of animal protection association Vshine, added, “Our team has been responding to help calls from different cities where local animal lovers have taken in or have spotted abandoned dogs and cats which we suspect were not allowed to be kept in their apartments, or these might be dogs or cats released by the breeders.”

During the outbreak in Wuhan, some pet owners left their animals behind with extra food and water, assuming that they would return within a few days. When travel restrictions prevented them from returning, they asked Vshine to check on and feed their pets.

An English translation of the open letter is below:

Under the unified control strategy of the Chinese government and the highly vigilant coordination of the whole nation, the new coronavirus is being effectively controlled. This is the result of the unity of the whole nation. As a country with a population of 1.4 billion, it is of vital importance for the central government to strategically control the epidemic in order to win the overall war of prevention and control.

At its 16th meeting, the Standing Committee of the 13th National People’s Congress deliberated and adopted the decision on comprehensively banning the illegal wildlife trade, abolishing the bad habit of overeating wild animals and effectively protecting the lives, health and safety of the people. This decision reflects the unanimous voice of the people across the country. It also demonstrates the determination of the Chinese government to face the crisis, conform to the public opinion, resolutely rectify and safeguard the fundamental interests of the country. At the same time, it has an important reference value for the revision of the Wildlife Protection Law.

While the local governments are responding positively and the people are unanimous in their approval, there are still some departments in individual regions that adopt a one-size-fits-all method. With regard to the Hong Kong case of a dog reportedly testing weak-positive, the Hong Kong city government announced that there is currently no evidence that pets can transmit coronavirus or become sick.

Regardless, misinterpretation by some mainland China local government agencies, has resulted in restrictions on domestic pets being allowed outside or receiving veterinary treatment, and on pet medical institutions providing such care; it has even resulted in some pets and street dogs being killed on a large scale.

Major authoritative media in China and abroad have reported that the “new coronavirus” has nothing to do with cats and dogs, and it is an indisputable scientific conclusion that the virus originated from wild animals that were killed and consumed. The radical behavior of individual government departments is shifting attention from the root cause of the disease, which has indirectly led to the abandonment of a large number of household pets.

The control instructions without scientific basis, while creating social panic, have seriously affected unity among the people. Especially in the critical period when the epidemic situation is stabilizing, governments at all levels should be the leaders and organizers who lead the people to fight the epidemic, the pioneers who play a leading role and lead the charge, and the anti-epidemic fighters who adhere to the front line! We should not confuse the highest directives of the central government for regional performance, ignore the interests of the people, and ignore the voices of the people.

It is hoped that the competent government departments in various regions can publicly prohibit all unscientific and inhumane killing and control of stray animals and domestic companion animals, and establish good government credibility.  Effectively play an exemplary role in preventing and controlling the epidemic, protecting people’s lives and property safety.

At the same time, we call on experts, scholars, animal protection organizations and the general public to work together and unite to contribute to the protection of ecological civilization, social civilization, and public health and security, and jointly fight for the defence of the end of the “war epidemic”!