The Government of India’s state of Nagaland has ended their dog meat trade in what animal welfare campaigners have hailed as “a major turning point”. The cabinet’s landmark decision will end the import, trade and sale of live dogs and their meat.

Humane Society International/India (HSI) and People for Animals have campaigned for years to end India’s dog meat trade, and welcome the decision to “end the cruelty of India’s hidden dog meat trade”.

The news come soon after Indian Member of Parliament Smt. Maneka Sanjay Gandhi made an urgent public appeal to urge the Government of Nagaland to stop the trade and consumption of dog meat, after receiving new photographs of the trade from a Nagaland-based animal protection organisation. The appeal led to more than 125,000 people writing to the Nagaland Government.

While the consumption of dog meat is prohibited in India through the Food Safety and Standard (Food Products Standard and Additives) Regulation, 2011, HSI says it is “poorly enforced”. HSI/India estimates that around 30,000 dogs a year are smuggled into Nagaland where they are sold in live markets and beaten to death with wooden clubs.

Alokparna Sengupta, HSI/India’s managing director, said, “The suffering of dogs in Nagaland has long cast a dark shadow over India, and so this news marks a major turning point in ending the cruelty of India’s hidden dog meat trade.

“Our own investigation in Nagaland showed terrified dogs being subjected to horrific deaths in some of the worst inhumanity to animals HSI/India has ever witnessed. And the dogs we have rescued from this trade over the years have had to learn to trust humans again after the cruel treatment they endured.”

The Government of Nagaland is considering how to allot land to accommodate dogs rescued from the trade, and to promote the adoption of these dogs.

“The Government of Nagaland has shown great leadership and we urge other states such as Mizoram, Tripura and Arunachal Pradesh to follow by implementing a dog meat trade ban too.”

Earlier this year, the state of Mizoram did take steps to curb this trade by removing dogs from the definition of animals suitable for slaughter. The Animal Slaughter Bill 2020 was unanimously passed by the Mizoram Legislative Assembly. 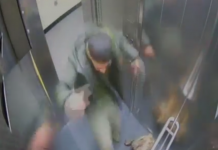 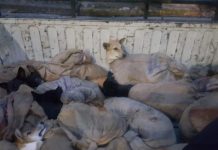 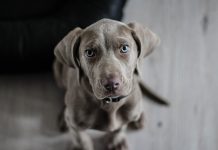 “Will my puppies make me rich?” – Dogs Today editor weighs in on controversial programme