Facebook live coming up! Today (Wednesday 8 July) at 7pm I will be talking with Jemima Harrison, the award-winning documentary maker who in 2008 released Pedigree Dogs Exposed to an unsuspecting world.

The reviews said things like, “it was like a bomb going off in people’s living rooms.” Prime time BBC1. It was the thing everyone was talking about the next day – and some dog breeders every day since. The BBC dropped Crufts after many decades. Lots of complaints went in to Ofcom, the urge to shoot the messenger was immense. But gradually, over the years, most intelligent dog breeders came to agree that health should have been higher up the Kennel Club’s agenda.

While everyone’s eyes were fixed on rosettes, the dog at the end of the lead had sometimes been drastically changed to appeal to a fickle human idea of beauty.

I’d been banging on about inbreeding and health testing for ages both inside and outside of the KC, but Jemima still managed to open my eyes to problems in breeds I thought had been relatively unscathed. 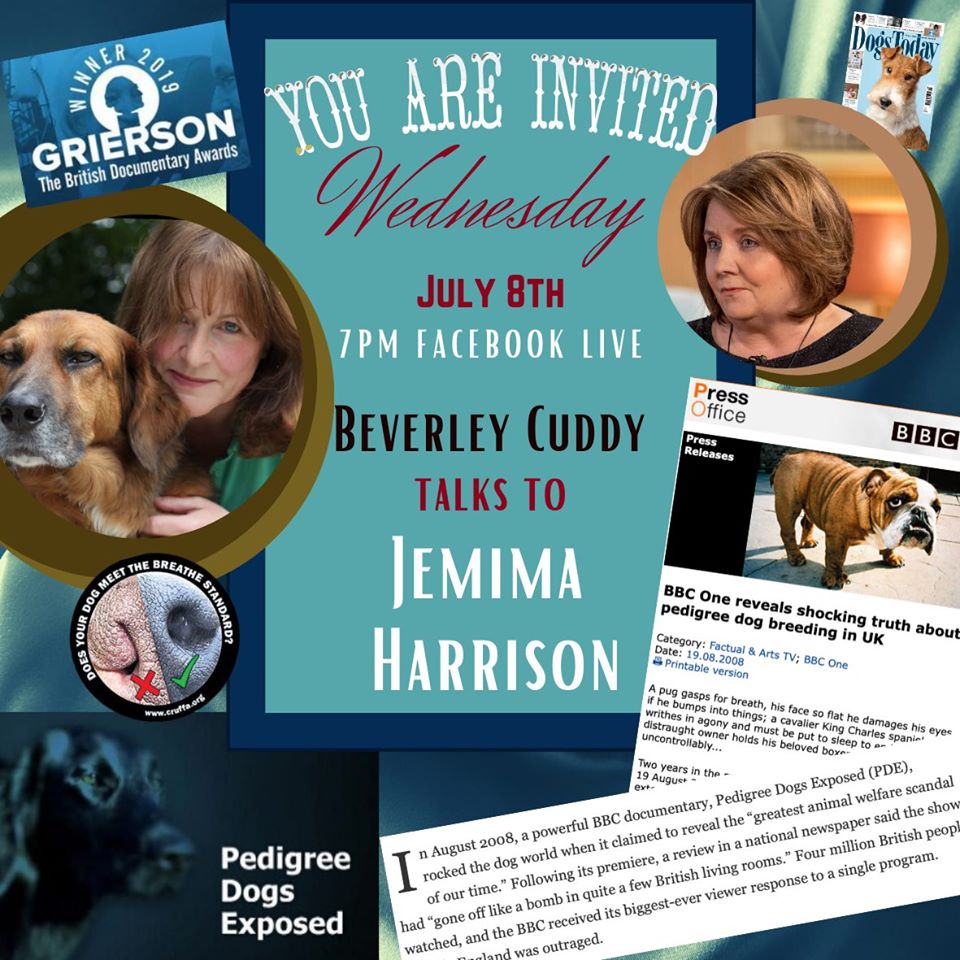 It was a forensic look at a world I knew. And unlike much TV you see these days, she’d spent years researching the subject. Plus, she was a real dog lover herself. This was a passion project. But as I got to know Jemima I discovered that she is always passionate and professional, she immerses herself in her work – often for years.

Her latest documentary Parkinsons Drug Trial: A miracle cure? is picking up all the serious awards this year. She had to win the trust of the pioneering doctors and all the patients to produce what was absolutely gripping TV.

Jemima Harrison cares enough about the dogs to still campaign for them to have proper noses. Her campaign to make the world aware of the issues flat faced dogs face has really started to make a difference. Some countries are now banning these breeds from being shown.

She is seen by French Bulldog breeders as the bogeyman: last year the Kennel Club refused to give her press accreditation at Crufts for the first time. So far from them accepting the need to embrace reform, are they foolishly planning on digging in and defending the flatter face? We’ll talk about this, and more – join us! 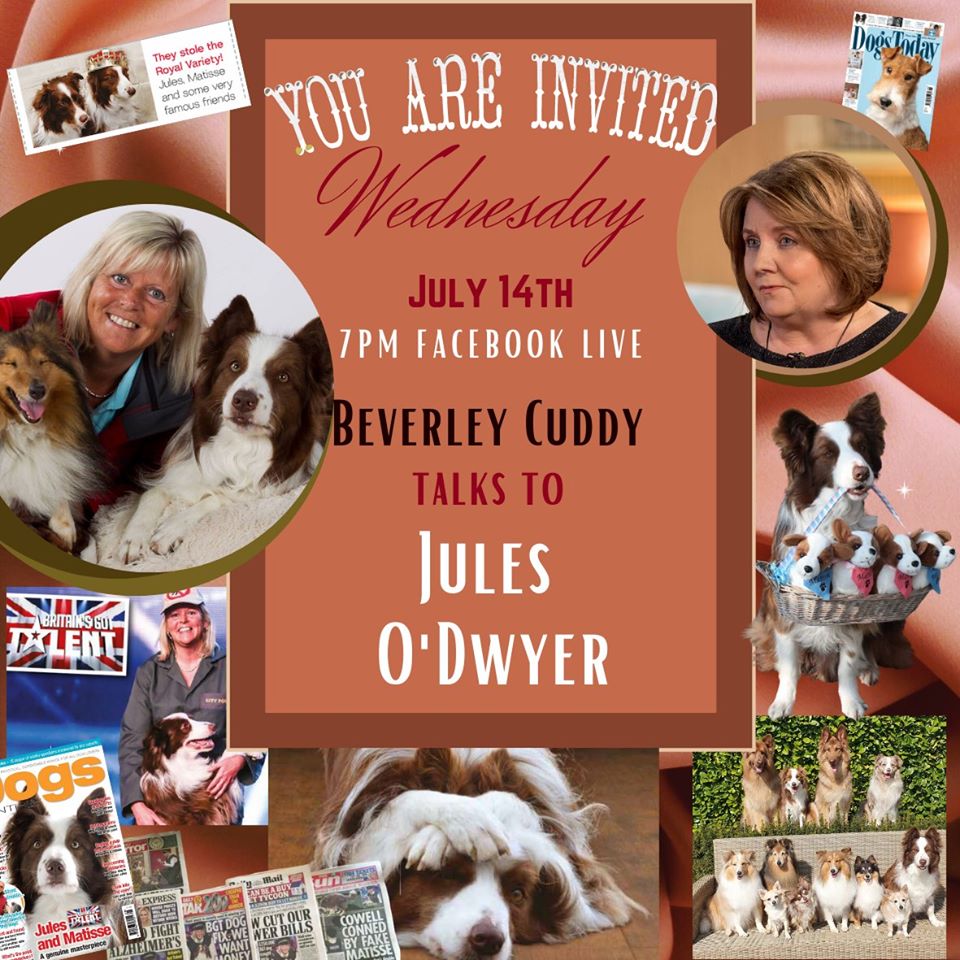 And coming up after Jemima we’ve got Jules O’Dwyer – the brilliant winner of Britain’s Got Talent whose life was made a misery when the media decided that having two nearly identical, highly trained dogs was ‘cheating’.

They’d not complained that the magician wasn’t using ‘real’ magic or asked those actors who worked with stunt men to give back their Oscars, though!