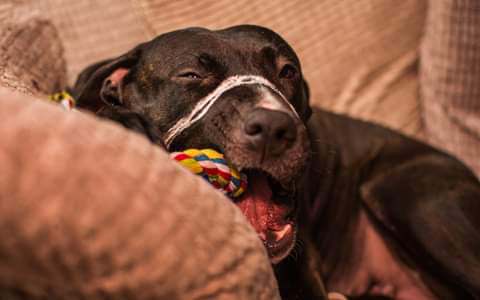 A staffie/labrador cross who was left with heavy scarring on her face – probably the result of a too-tight muzzle digging into her skin – is now settling in her forever home.

Steph McCawley, from the branch, said,  “Mercedes came to us from Greater Manchester Animal Hospital. She was rescued by RSPCA officers after concerns were raised for her welfare and vets found the scarring around her nose.

“We believe this old injury was caused by a muzzle or halti-collar being left on her nose for long periods of time and being too tight. It caused a nasty wound to her face which has healed over time and the scarring has caused the fur to grow back white.” 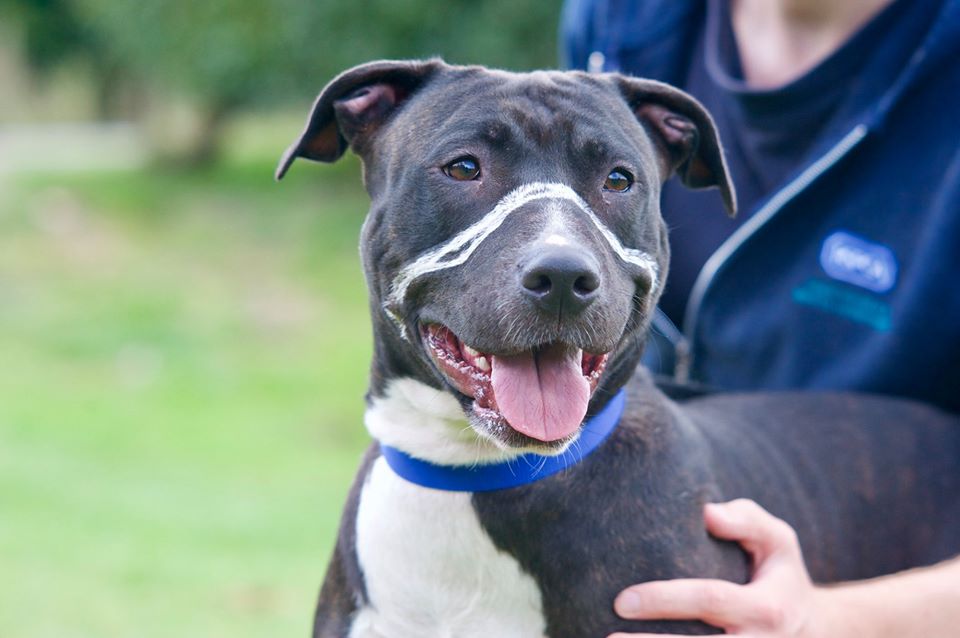 The case is eerily reminiscent of that of Caitlyn, a Pit bull who was left with severe facial scarring after having her muzzle tied tightly shut with tape.

Due to the abuse she endured, when she first arrived Mercedes was “very timid and nervous”, but that changed once the staff gained her trust and began building her confidense.

Steph added, “Once she got to know us and built relationships with individuals she was such a lovely, friendly dog. Whenever you came to see her or take her for a walk she’d get giddy with excitement, it was so sweet.” 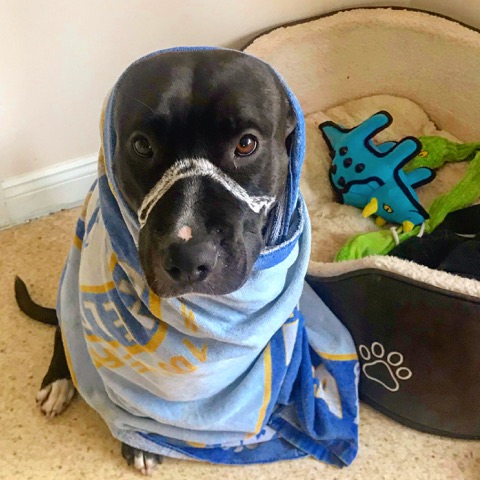 Meanwhile, Ben Clark and his partner Kirsty were looking for a new dog, and decided to get a rescue. They visited the RSPCA Chesterfield hospital seven times, and finally, they met Mercedes.

“I felt really sorry for her when I saw her scarring and heard her story,” Ben sad. “I was really sympathetic to what she’d been through and I think that’s really made me persist and spend lots of time helping her to settle and learn to trust people again. I’m so glad I got her and have been able to help her.

“When we first met her we were told she hated men and kept herself to herself but when they first brought her out she was just so soppy and laid her head on my legs.” 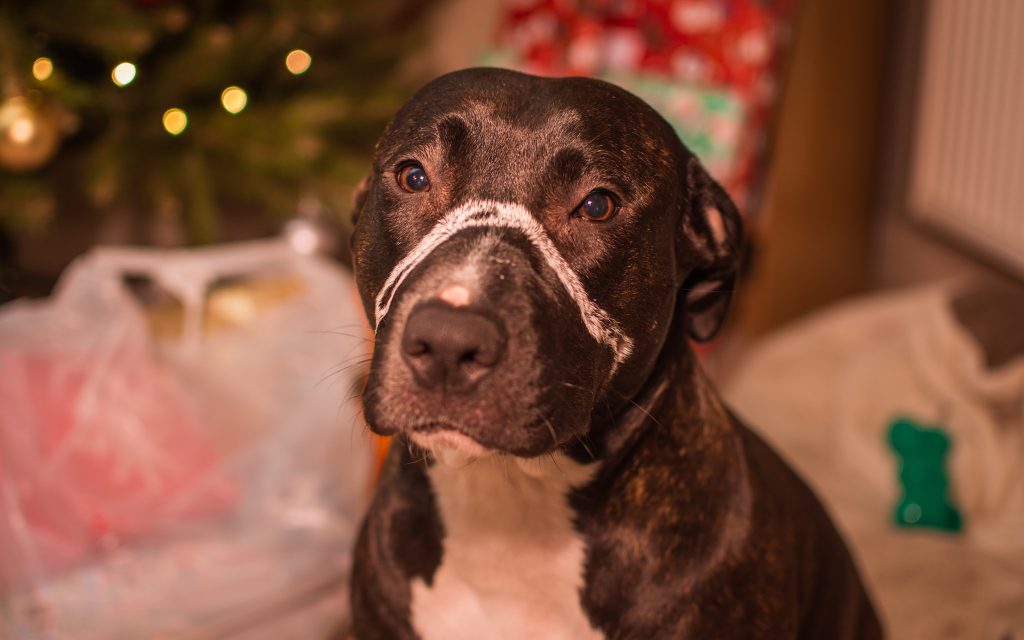 The couple reserved her and, after moving house, brought her home. Mercedes, whose new name is Sadie, is not enjoying life as a spoilt family pet.

Ben said, “Sadie settled in really quickly and definitely sees it as home. She loves the car and really enjoys travelling with us to see family – and their dogs!

“We’ve been working on training her and although we’ve had a few bumps along the way – such as some of her destructive behaviour – we’re getting on really well. We’re working on some of her issues and she’s become really gentle and loving.

“She is nothing like the timid dog we first got, now she loves company and is just as happy to do her own thing. She’s come a long way and I’m very proud of her.” 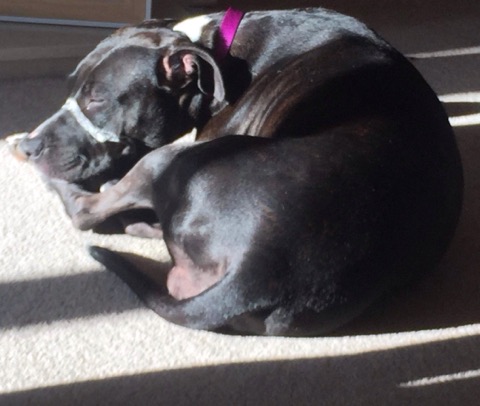