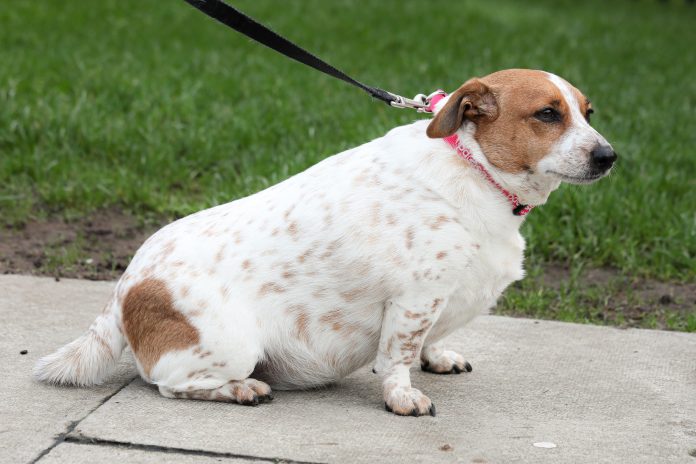 Vet charity PDSA is searching for the UK’s fattest dogs as it launches Pet Fit Club – its annual pet slimming competition. Selected pets are placed on a six-month diet and exercise programme, individually tailored to their needs and overseen by vets and vet nurses at their local PDSA Pet Hospital.

Now in its 15th year, the competition aims to help tackle the UK’s pet obesity crisis. The scale of the issue is staggering: according to PDSA’s data, up to half of UK pets (46 per cent of dogs, 34 per cent of cats and 30 per cent of rabbits) are believed to be overweight or obese.

The most common reasons given by UK vets and vet nurses for excess weight in pets are the owner’s lack of recognition that their pet is overweight, plus the habit of feeding ‘treats’ or human food and inappropriate portion sizes. 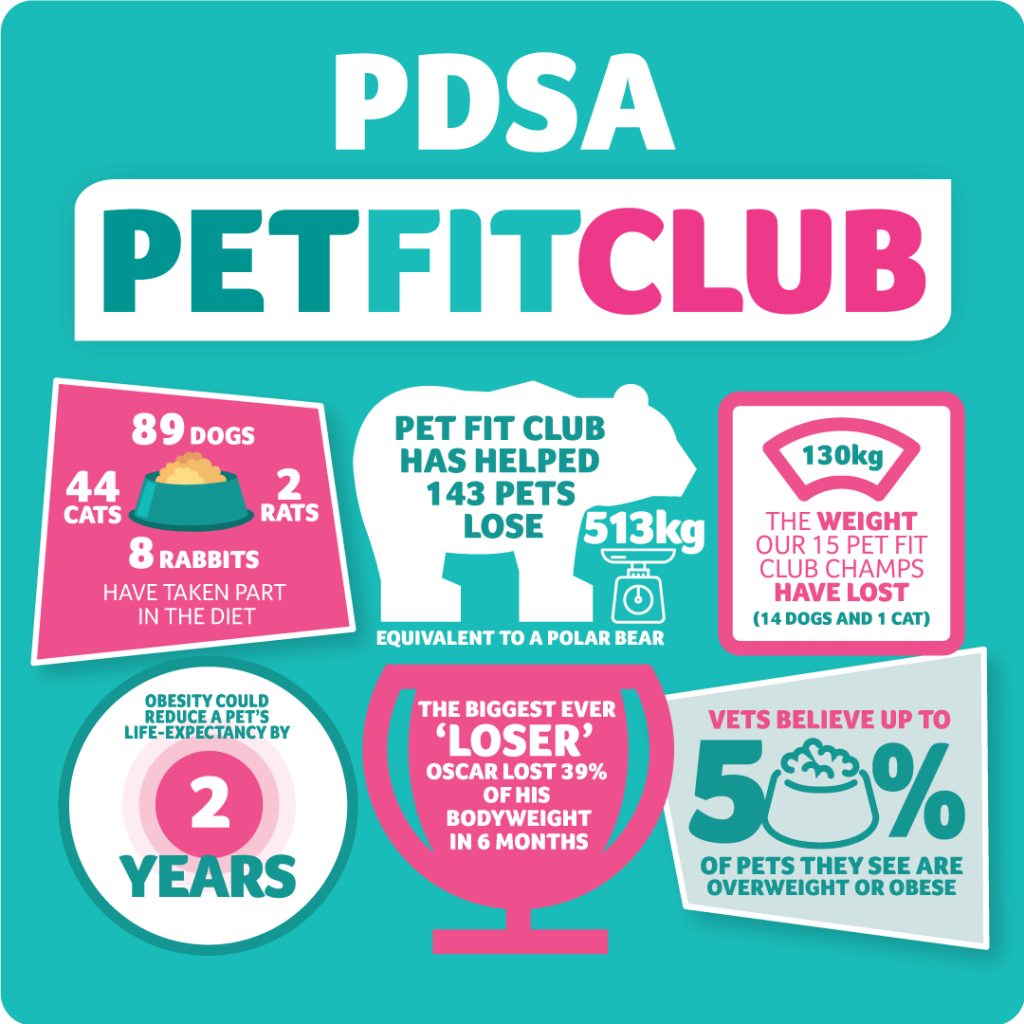 One such dog is Skylar, a rescue Jack Russell from Solihull who weights over twice her ideal weight due to a diet of sausages, ham, cheese and crisps as well as too large portions.

Owner Mandy says, “Skylar eats absolutely everything, and it’s very difficult to say no when she gives you those puppy-dog eyes. I’m guilty of feeding her human foods, especially her favourite snacks like Doritos and Quavers – she loves them.

“Every morning she’ll eat the crusts of my toast and, when I’m eating my dinner she sits there waiting for half of whatever I’m eating.

“We have another dog named Dodger, who Skylar is very close to, but her huge appetite means she often eats whatever is left of his too. It’s really hard to monitor.”

Mandy and Skylar have now entered PDSA’s Pet Fit Club competition, and the charity is looking for more of the UK’s fattest pets to take on the challenge. 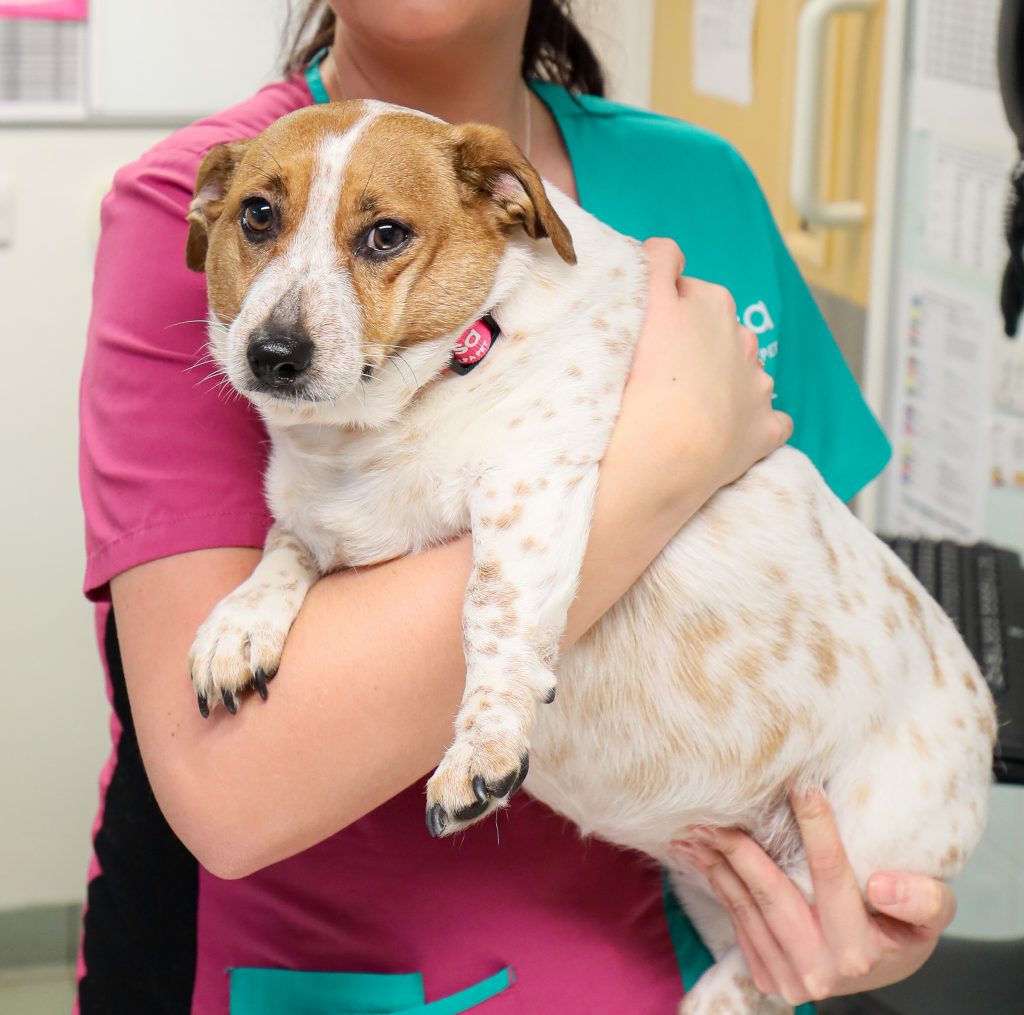 PDSA Vet Nurse, Nina Downing, said, “Pet obesity has been a huge problem in the UK for many years and sadly there is no sign of improvement, with nearly one in every two pets seen by vets and vet nurses overweight or obese. This is a serious health issue, one of the biggest currently threatening pet wellbeing across the UK.

“For example, Pugs and French Bulldogs already struggle to breathe because of their flat faces, but carrying excess inches can make this much worse.

“Research has also shown that carrying too much weight can reduce a dog’s life expectancy by up to two years and six months.” 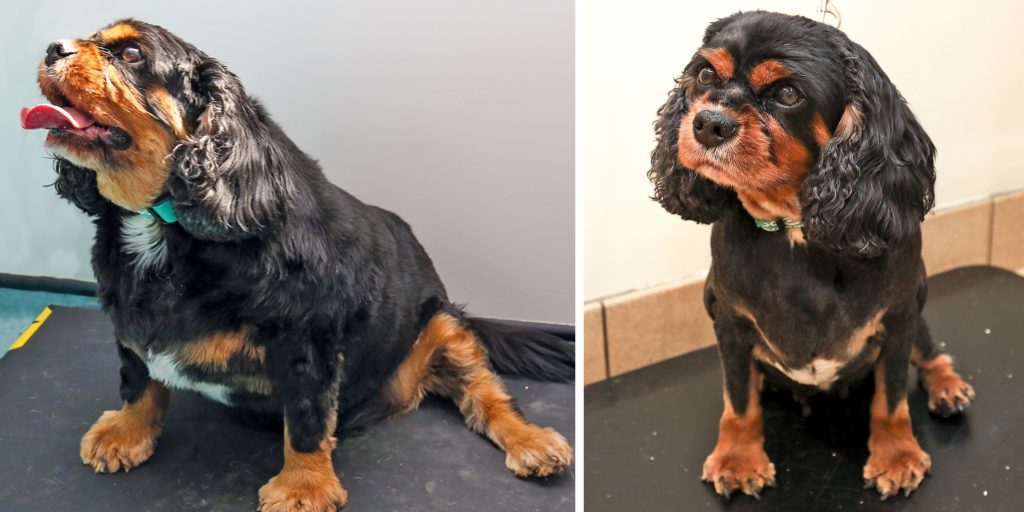 If you think your pet may benefit from the six-month diet and exercise programme, find out how to enter here.