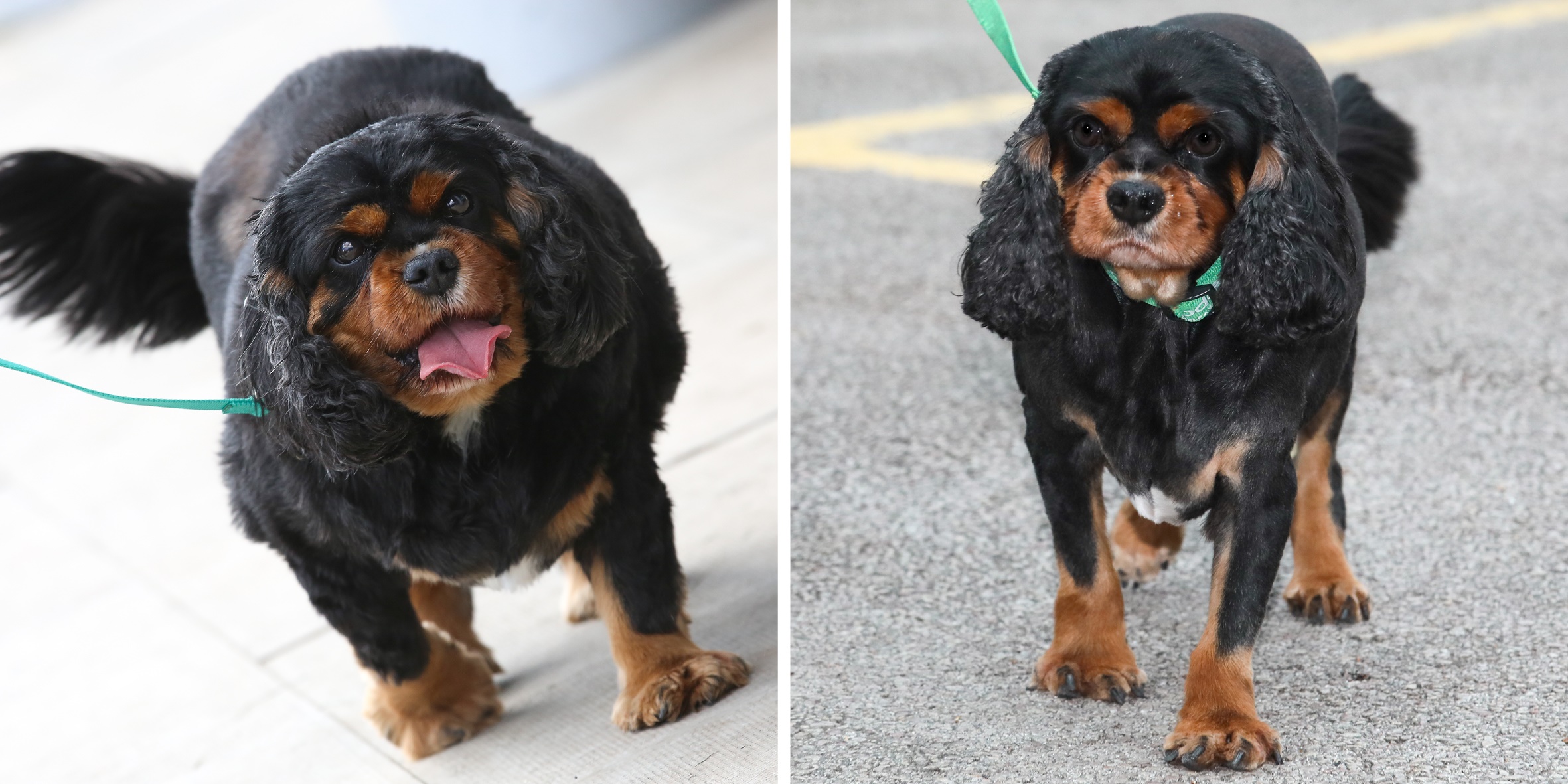 A once portly pet, Oscar, a Cavalier King Charles Spaniel, made a habit of gorging on Sunday roasts provided by a doting if misguided owner. This led to the dog weighing in at an incredible 3st 8lbs at his heaviest, making him 80% above his ideal weight. Oscar was so fat he couldn’t even jump on the sofa – and was on the fast track to any number of obesity-related diseases, and an early grave.

June Lawrence, Oscar’s owner, admitted that she had overindulged her dog after her husband died last year, as Oscar had become her sole companion. But now, with help from PDSA, Mrs Lawrence has managed to get Oscar back into shape, to a much leaner 2st 1lb. For his efforts over six months of careful dieting and exercise, Oscar has now been crowned PDSA Pet Fit Club Champ 2016.

June’s daughter, Karen Allen, said, “Before Pet Fit Club, Oscar didn’t get much exercise. My mother is disabled so struggled to walk him. As he piled on the pounds he wanted to exercise even less and it became a vicious cycle. He couldn’t even jump on the sofa he was that big.

“He is a completely different dog now – like a puppy again. People simply don’t recognise him because he’s changed so much, in looks and personality. We now walk for miles and he runs around the house with his toys, nudging you until you play fetch with him.”

She continued, “We started taking him to hydrotherapy at the beginning of the competition to help increase his exercise. At the first session he could barely do 15 seconds in the water without stopping for a break. Over the weeks we’ve seen him improve and now he cannot wait to get in the pool when we arrive. He can swim around ten minutes at a time and loves being in the water.

“Taking part in Pet Fit Club is the best thing we could have done for him. We can see now how unhealthy and unhappy he was. Hopefully we’ll have many more years with him and have PDSA to thank for all their help.”

Find out how all of this year’s pet slimmers got on and register your interest for next year’s competition at www.pdsa.org.uk/petfitclub

All images courtesy of PDSA