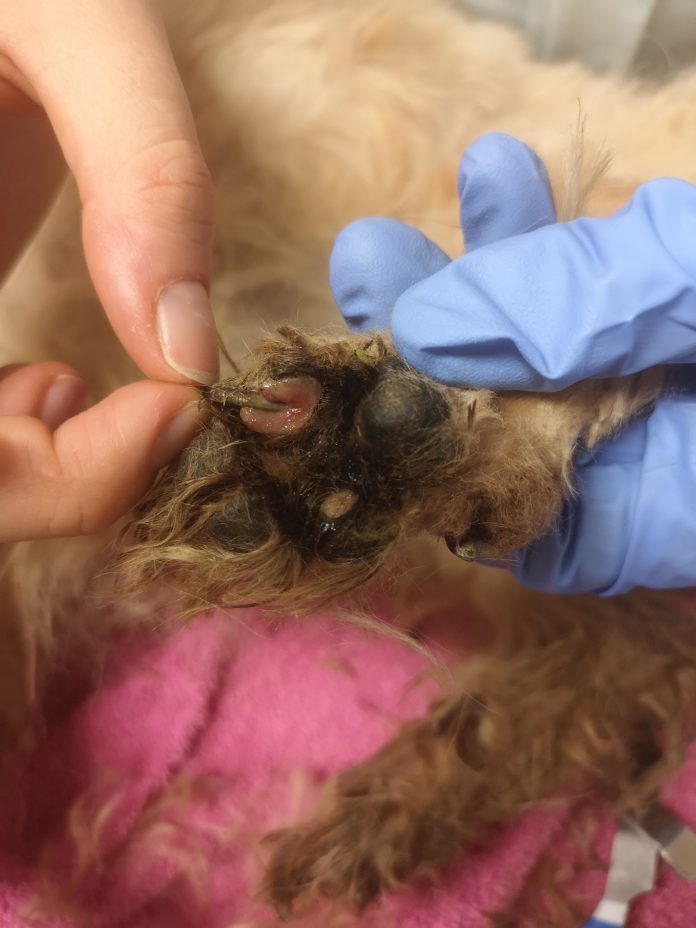 The RSPCA is appealing for information after a small dog was found in a ‘horrendous state’, abandoned in an isolated spot and exposed to the cold. Her fur was severely matted and she was emaciated, with tumours on her face and abdomen, rotten teeth, and in-growing claws.

The terrier-type dog was found on Monday 20 January at Mount Tabor, Halifax, on the way down to Pellon, around 300 metres past the Crossroads Inn. 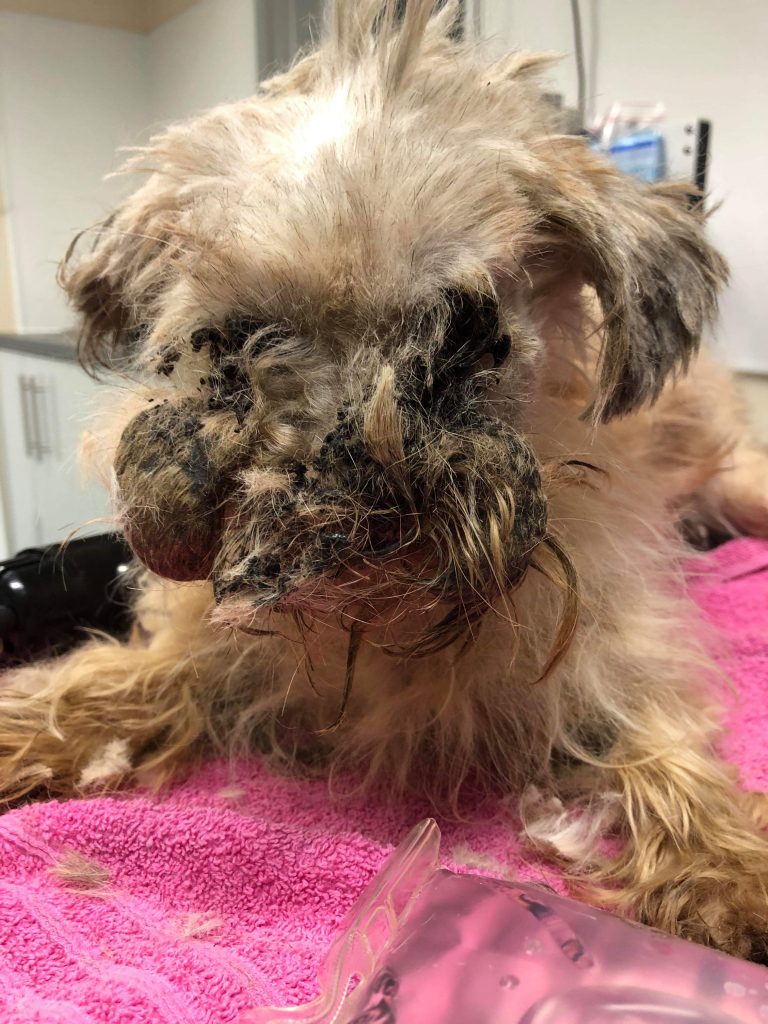 RSPCA inspector Rebecca Goulding said, “It’s quite an isolated spot but locals would know it. She wasn’t fit to have walked there, so it seems very likely that she was dumped.

“She was spotted by a member of the public who was passing by in a car at around 6.15pm so it was dark at the time. They took her to the vets where she was found to be so matted that it wasn’t until she was shaved that it was apparent whether she was male or female.

“She was emaciated, with a large tumour on her face and another the size of her head on her abdomen. She had bad teeth and her claws were also growing into her foot.

“Sadly, she was in such a horrendous state the vet decided the only thing they could do was put her to sleep to end her suffering.” 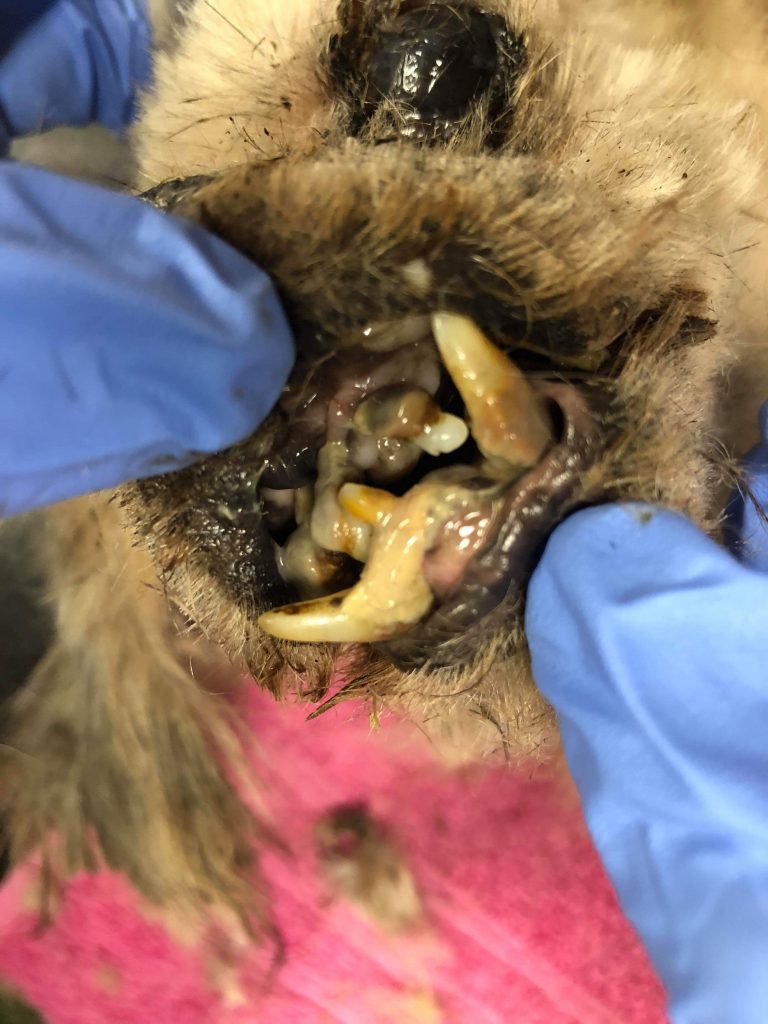 The dog had no collar and tag and was not chipped, and therefore her owner couldn’t be traced.

Rebecca added, “If anyone recognises this poor dog and can tell us who she belonged to, or saw anything that they think might help me to track them down, please call me.

“This dog was suffering a great deal. She was left outside, in the dark, exposed to the January elements, alone.” 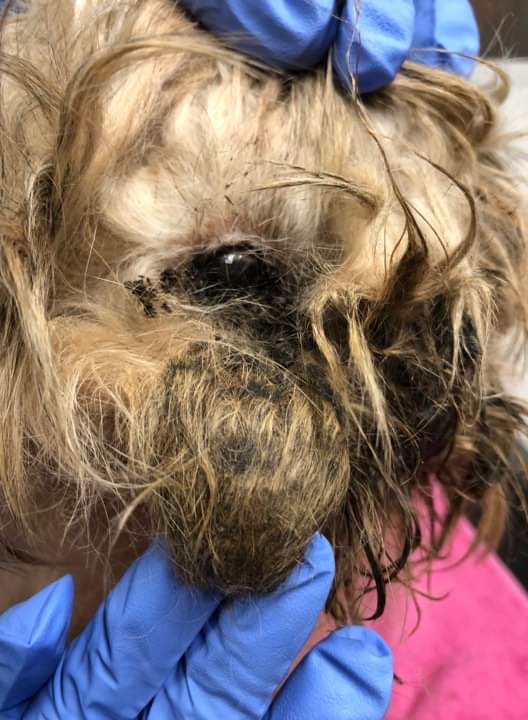