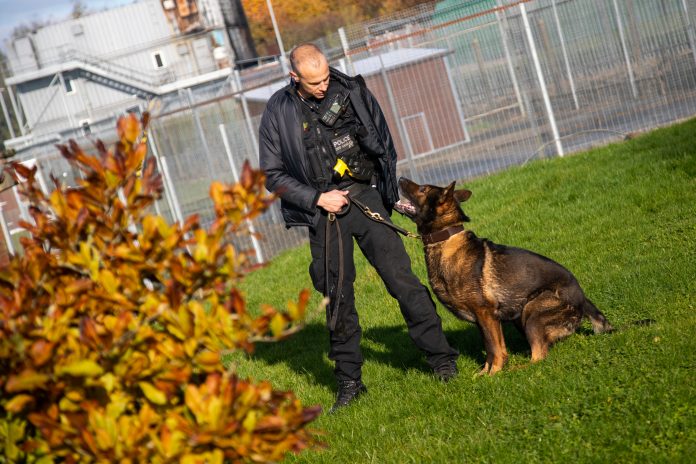 German Shepherd Axle, a seven-year-old Police Dog, was honoured by vet charity PDSA for his “devotion to duty and bravery” on Friday, 8 November. Axle was gravely injured whilst tackling an armed criminal on 4 July 2018, after the police officers were called to reports of a domestic disturbance in the village of Riddings, Derbyshire.

On arrival at the scene, two officers were confronted by 28-year-old Matthew Stretch, who attacked their police car. Stretch smashed the driver’s window and threatened the officers with a knife and hammer; as more officers were called, Stretch fled, prompting a police search. Resources deployed included a firearms unit, a helicopter and PC Dean Allen with his dog, Axle.

PC Allen and Axle located Stretch, but he refused to comply with orders and in the ensuing struggle, Axle was stabbed three times in his neck and body.

PC Allen said, “It was only we had detained the suspect that we were actually able to see Axel’s stab wounds.

“The biggest concern was the position of the stab wounds, you don’t know how deep they are, and they were very close to the spine. With the blood vessels running down the spine in German Shepherds it can be life threatening.” 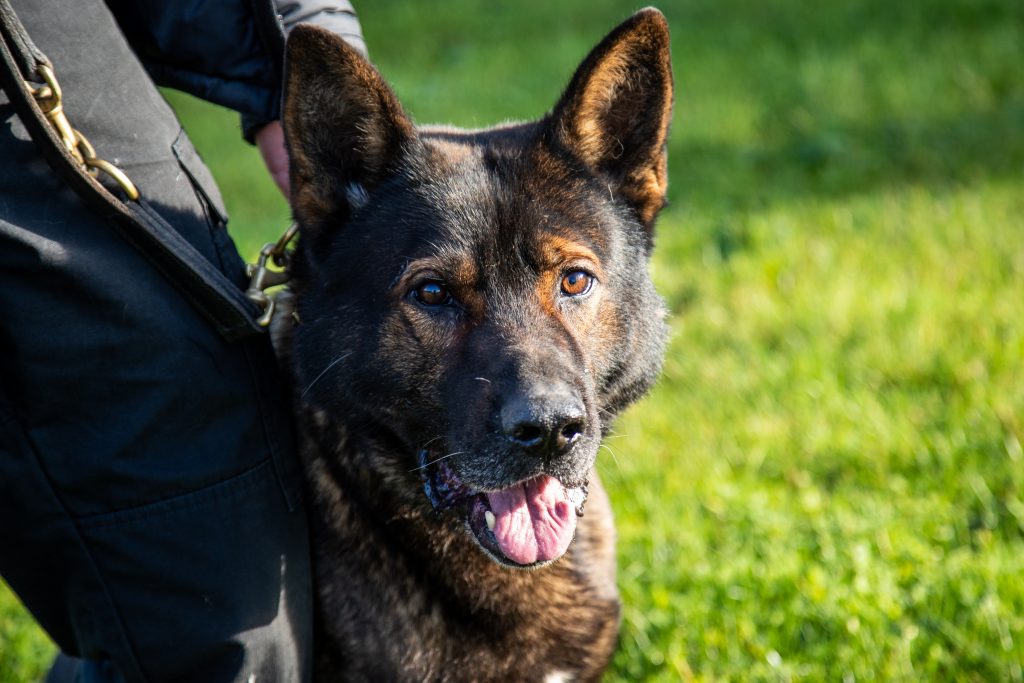 Rushed to a local veterinary surgeon, Axle was able to pull through, reunite with his handler, and return to duty. Over a year later, PDSA’s Area Veterinary Manager, Robert Haselgrove, presented PD Axle with his PDSA Commendation.

Haselgrove said, “The PDSA Commendation recognises the outstanding devotion that animals display and celebrates the amazing ways they enrich our lives. PD Axle showed remarkable bravery in tackling an armed criminal that night.

“His story really highlights the vital role that Police Dog teams play and demonstrates the perils they can face. I’m honoured to present him with his PDSA Commendation, which celebrates his vital contribution to Derbyshire Police.”

PC Allen added, “I couldn’t be prouder of Axle. He is an exceptional Police Dog who has displayed great courage and skill throughout his six years’ of service with Derbyshire Police. I was worried he wouldn’t make it after that night, so to see him not only make a full recovery, but return to duty as well shows how special he is. It is a real honour to see him receive this award.” 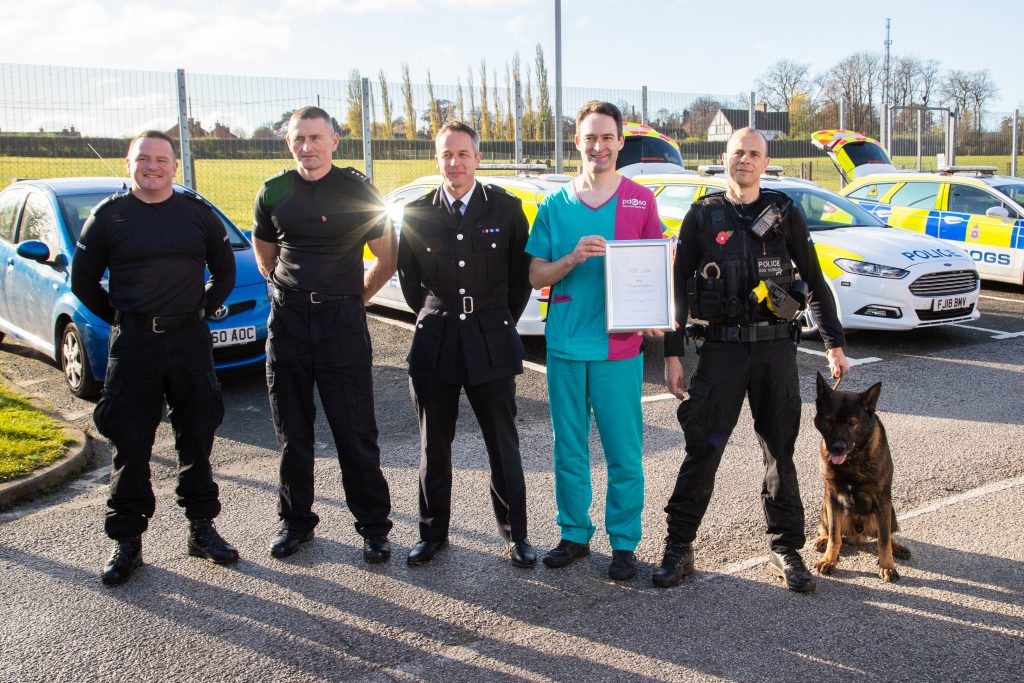 In June 2019, new legislation was passed giving protection to service dogs like PD Axle. “Finn’s Law” is named Police Dog Finn, who was awarded the PDSA Gold Medal in 2018 after he was stabbed whilst pursuing a suspect with his handler PC David Wardell. Daniel O’Sullivan, from Liverpool, became the first person to be convicted under Finn’s Law for stabbing police dog Audi during an incident in Stoke-on-Trent last July. He was sentenced to a total of 21 months, with three months to be served for injuring a police dog.

On 8 October 2018, Matthew Stretch was sentenced to six years and seven months in jail for threatening with a blade, two threats to kill, and two counts of criminal damage. The trial was told he has 13 previous convictions for 28 offences, including robbery and burglary.