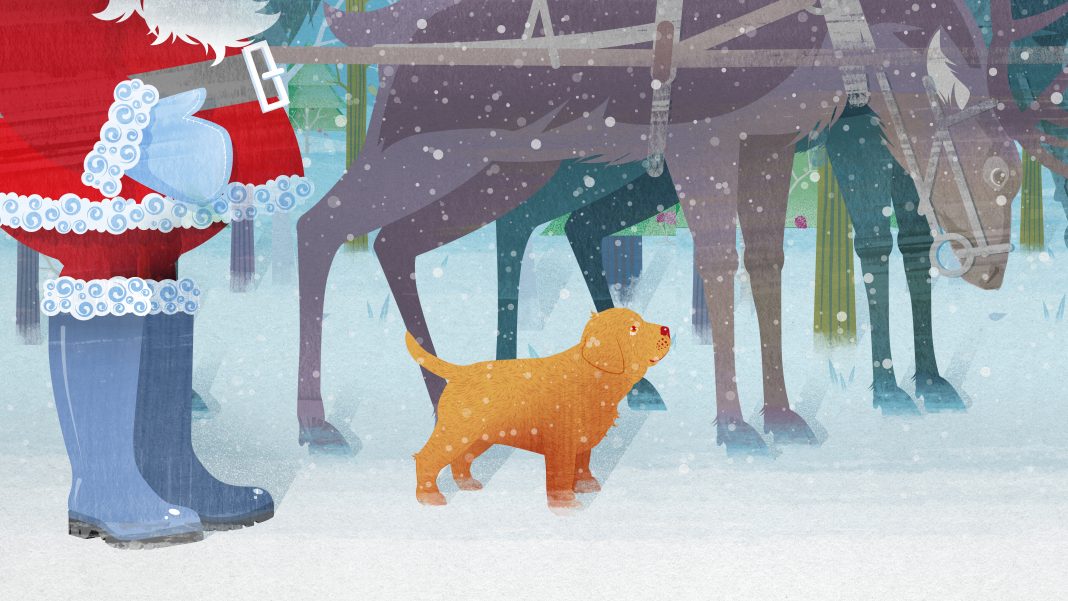 UK charity Guide Dogs has released a heart-warming animated TV advert for its Sponsor a Puppy Christmas campaign. It encourages the public to sponsor a guide dog puppy and follow their journey, from six weeks old until they become a fully qualified guide dog and are matched with a visually impaired person.

The advert stars puppy Henry, whose dream is to guide Santa’s sleigh along with the reindeer – but he’s meant for something much greater: guiding people with sight loss. After watching guide dog Toffee enjoying the festive season with his owner Stacey, Henry transforms into a real puppy as he embarks on his journey to becoming a life-changing guide dog.

You can watch the advert, which launched yesterday (6 November), below.

Adorable Henry is played by Xander, a Labrador cross golden retriever, who is currently in the care of Guide Dogs volunteer Margaret Tasker, from Rugby, Warwickshire.

Margaret says, “Xander has settled in well, he is very loving and clever. He does have a mischievous side though and likes taking shoes, which we are working on. Xander is a beautiful dark yellow colour, he really stood out in his litter. I’m not surprised he was chosen for the Christmas advert and we hope that one day he will become a wonderful guide dog too.”

Maria Novell, Guide Dogs’ Director of Fundraising, adds, “Henry’s journey is what our Sponsor a Puppy scheme is all about – puppies with a true purpose. We hope this TV advert resonates with the public and encourages them to sponsor a puppy, which will ultimately help us raise vital funds for our life-changing work.

“Animation is a brand-new direction for Guide Dogs, and Christmas is a time where TV advertising is eagerly anticipated by the public. Henry’s story stands out as a reminder that it’s also a time for charitable giving and helping others.”

The advert was conceived, written and designed by charity specialist agency Different Kettle and produced by animation company, Working Progress. It and will be live until the end of December.