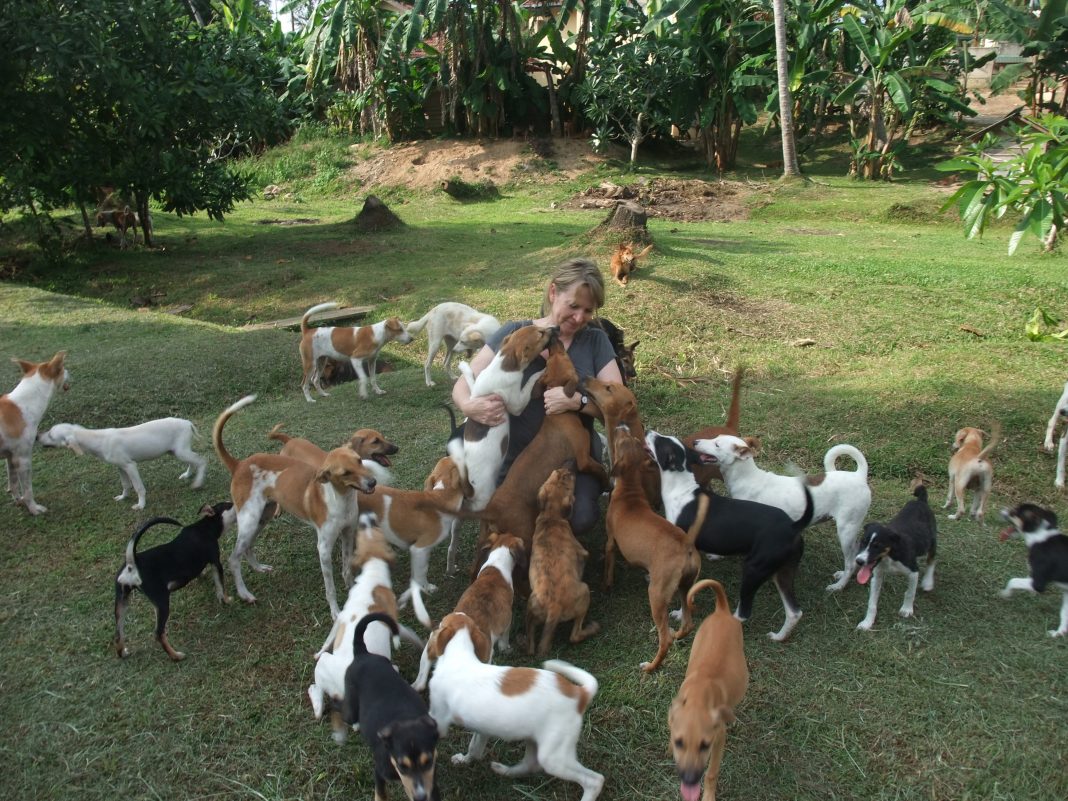 A woman from London has been recognised with a special award from the International Fund for Animal Welfare (IFAW) for her dedication to rescuing sick and injured street dogs in Sri Lanka.

Animal lover and former social worker Kim Cooling, from South Woodford, has rescued tens of thousands of dogs in need at her sanctuary in Sri Lanka, as well as providing vaccinations and neutering to many more street dogs. She also has a permanent refuge for around 200 disabled canine residents at any one time, who can be fitted with mobility equipment to ensure they still have a good quality of life.

Kim’s journey to setting up the sanctuary began many years ago when she and her husband Gary fell for an emaciated street dog named Rama while on holiday in Thailand. After bringing the dog back to the UK to live with them, the seed was planted to devote her life to helping as many other dogs like Rama as possible.

After many years of self-funded work to help street dogs, which she felt was only a drop in the ocean in tackling the huge problem, Kim decided to found Animal SOS Sri Lanka in 2007. After raising funds to purchase a plot of land and a small clinic in Midigama, Ahangama, in south Sri Lanka, the charity became operational in 2009 and has quickly grown to try to cater to the millions of street animals in Sri Lanka, who suffer from malnutrition, disease and horrific injuries from humans – often due to fear of rabies.

With few other refuges in the country and a lack of available veterinary care, Kim’s charity provides a vital lifeline to many dogs who otherwise would suffer greatly and likely have a poor chance of survival. Veterinary surgery and other medical care is provided on site as well as teams going out into the community to help dogs in need.

Kim said, “Despite many challenges the work is very satisfying. One of the most fulfilling aspects is giving a sick or injured dog the benefit of the doubt and the chance to recover. We recently had a disabled dog which learnt to walk again after a year. Part of our ethos is to give animals a chance.

“When I got the phone call telling me I was to win an IFAW award I was so pleased, just to know I’m appreciated for this work really means so much.” 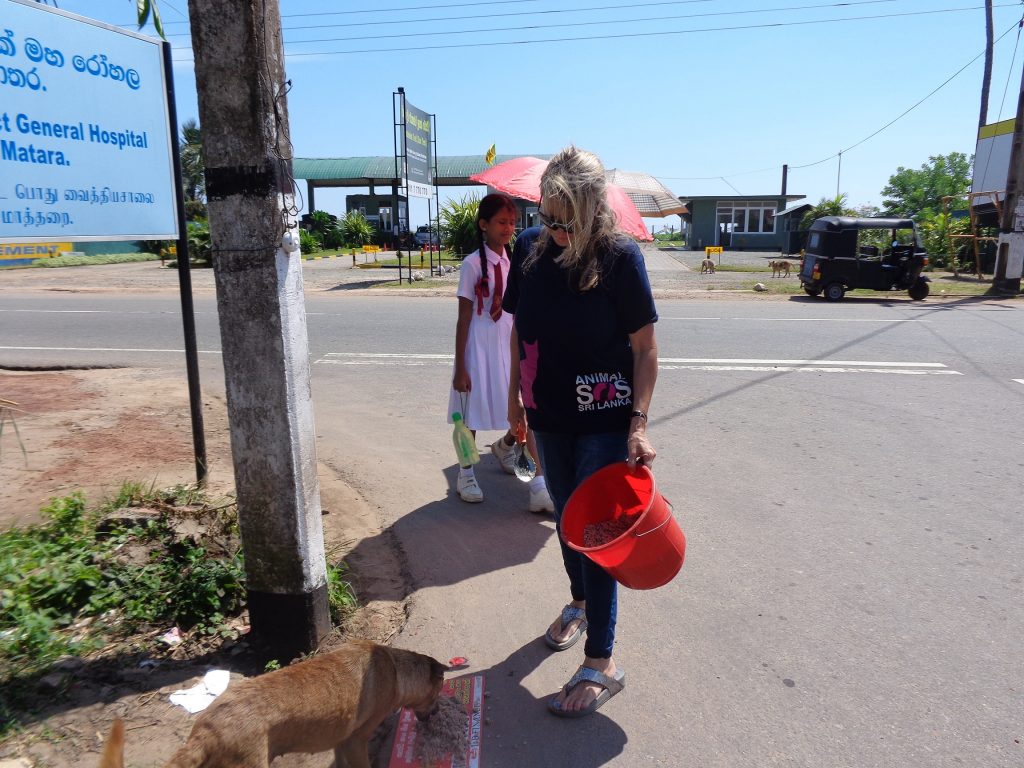 At times Kim has faced local opposition to the rescue centre, often due to myths around diseases spread from dogs to humans, fear of dogs as pests and other issues. She and her team work hard to dispel these myths and involve the local community as much as possible, providing English classes and other education for local children, and employment opportunities for local people. As well as the hands-on dog rescue where it is needed, one of the underlying missions of Kim’s work is to promote love and kindness to all animals.

James Sawyer, UK Director of IFAW, said, “Kim’s commitment to improving the lives of so many vulnerable street dogs is outstanding and she is a great example of animal welfare in action. We hope that her efforts will inspire the next generation of animal welfare campaigners and carers. She is a very deserving winner of IFAW’s International Animal Welfare Award.”

Kim regularly travels out to Sri Lanka for long visits to work hands-on at the rescue centre and deal with the often complex issues involved in running the operation overseas. At home, she also runs two fundraising charity shops, with the help of volunteers. Over the years she has also rescued and adopted a number of the street dogs from Sri Lanka to live with her at home in the UK.

During quarantine of one of these dogs, Kim became one of the few people in the UK to be bitten by a rabid dog, but after treatment she made a full recovery and has continued her rescue work undeterred.