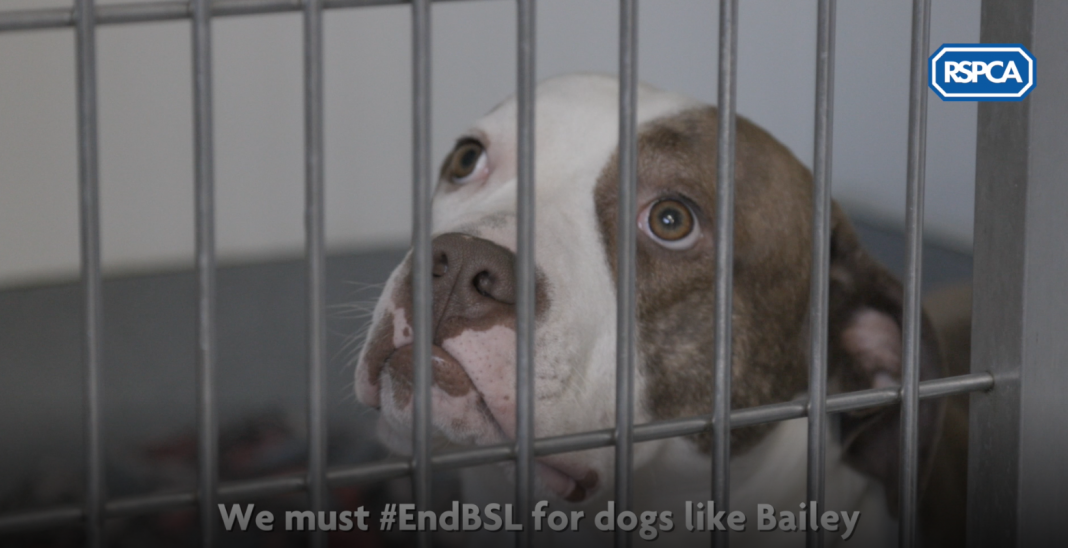 This is Bailey, a dog who came into the RSPCA’s care after being signed over by his owner in 2017. He was far from dangerous: he was a friendly, loveable dog who only needed a home – and instead he was killed solely because of his looks, due to a flawed piece of legislation that is both cruel and expensive as well as useless.

RSPCA chief veterinary officer Caroline Allen says, “Bailey was a lovely, friendly, happy dog. He was gentle and kind, playful and fun-loving. In any other circumstances we’d have he helped him get better, sent him to one of our rehoming centres and found him a wonderful family to spend the rest of his life with.

“But Bailey’s life was tragically and unfairly cut short due to BSL.”

Dr Sam Gaines, RSPCA dog welfare expert and lead author on the Breed Specific Legislation: A Dog’s Dinner report, says: “Bailey’s story is heartbreaking and, sadly, it’s one I hear all too often.

“These are dogs who have shown no signs of aggressive behaviour and given no indications that they would be unsuitable for rehoming. They pose no risk to public safety but are labelled ‘dangerous’ simply because they look a certain way. They’ve scored a certain number of ticks on a check list and that has sealed their fate.

“BSL is an outdated, ineffective and unjust piece of legislation that urgently needs replacing.” Last year the Environment, Food and Rural Affairs (EFRA) Committee launched an inquiry into the current legislation on dangerous dogs, following “considerable debate about the effectiveness of banning dogs based on their breed or type”. The resulting report recommended several changes and questioned the effectiveness of Section 1 of the Dangerous Dogs Act (DDA), which bans four breeds of dog (Pit Bull Terrier, Dogo Argentino, Japanese Tosa and Fila Brasileiro) and their crosses – indeed, every dog who looks a ‘type’, no matter what they really are.

On Monday 28 January, the Government announced there would be no changes to the section – meaning that innocent dogs like Bailey will keep dying for no reason but their looks, and the public will be no safer from dog attacks.

The government have responded to the EFRA Inquiry into Breed Specific Legislation and the Dangerous Dogs Act.We have…

Claire Horton, Chief Executive of Battersea Dogs and Cats Home, said, “While it’s encouraging that the Government is committed to improving education on safety around dogs, Battersea is disappointed that they have chosen to disregard the EFRA Committee’s recommendation to rethink Breed Specific Legislation (BSL) around banned breeds. This is surely a missed opportunity.

“EFRA’s report was based on detailed evidence and a great deal of experience provided by many rescue centres such as Battersea, the police and other groups who are all affected by this failed law. Almost every organisation and expert who gave evidence recommended a review of the legislation, as it is unfair on dogs and does not adequately protect the public.

“Despite many experts testifying to the EFRA Committee that there was a need to review BSL, the Government has failed to give any convincing evidence to back up their decision to leave this flawed legislation unchanged.”

Make your voice heard against BSL by signing the RSPCA’s petition to end it here.

Images and video by RSPCA.