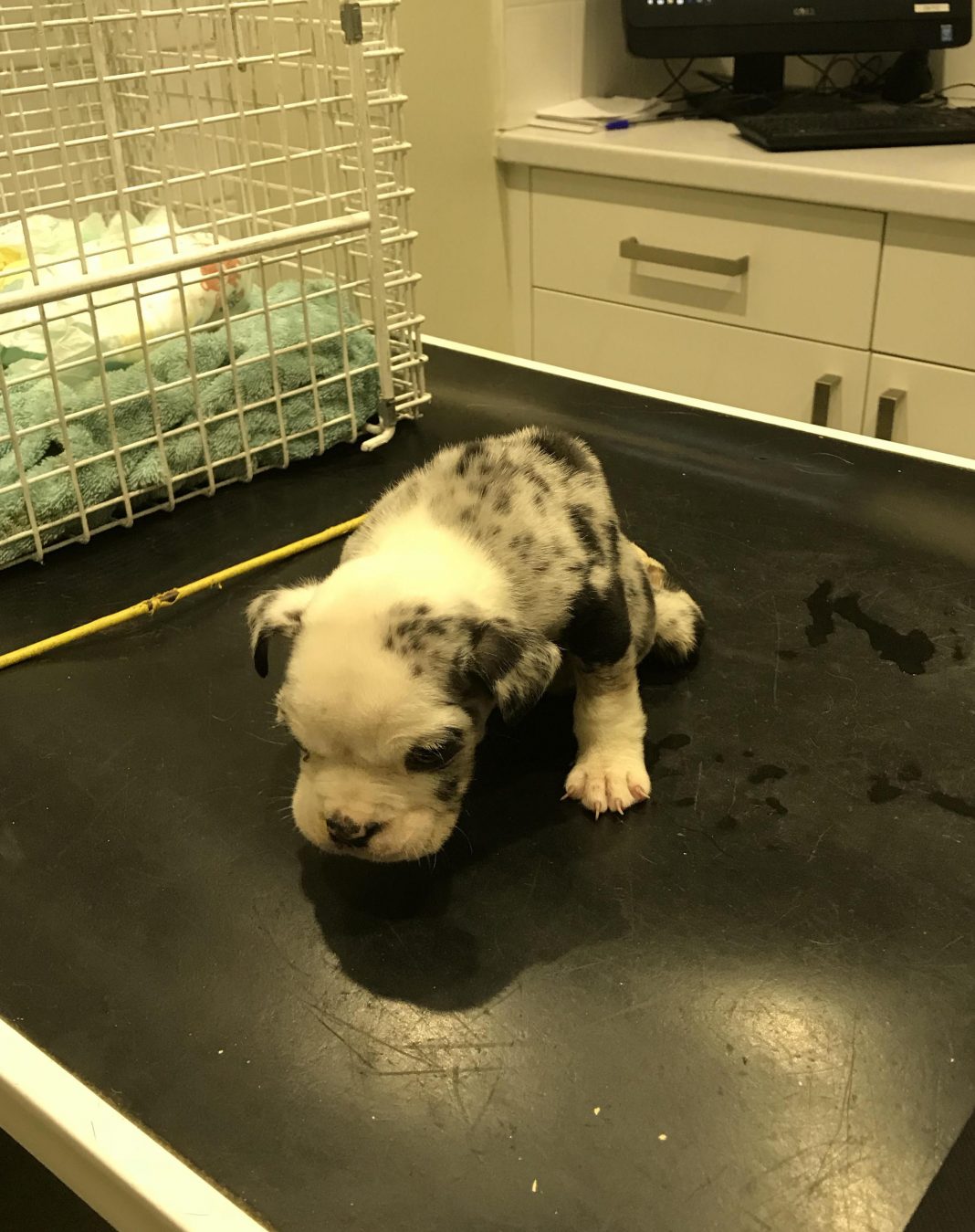 The RSPCA is appealing for information after the death of a five-week-old paralysed puppy, who was found dumped in an alley on Christmas Day. The tiny merle-coloured pup was abandoned in a cardboard box in West Yorkshire. A member of the public found him down an alley in Carr Street, Bradford, and took him home to look after it. They then phoned the RSPCA on Thursday 27 December for help.

To abandon this poor puppy – who was too young to be away from his mum and siblings – is disgraceful, but to do so on Christmas Day with him in dire need of veterinary attention is despicable

RSPCA Inspector Dave Holgate collected the pup and took him to a nearby vet.

“Unfortunately, the little crossbreed puppy was in a terrible state,” he said. “He was collapsed at the rear and was dragging his back legs. It seems as though his back end was paralysed and he was unable to use his legs. “Goodness knows how long the poor pup had been in this state – he may have been born like this or could have deteriorated as he grew.I suspect he was abandoned by the breeder when they realised he would need expensive veterinary treatment or would fail to sell.”

Vets assessed the poorly dog and discovered he was suffering and was unlikely to recover, so he was put to sleep on welfare grounds.

“It’s so sad that we weren’t able to save this little puppy but I’m just glad he’s no longer sat inside a cardboard box cold, frightened and in pain,” Inspector Holgate added. “At least he felt love and compassion in his final hours.

“To abandon this poor puppy – who was too young to be away from his mum and siblings – is disgraceful, but to do so on Christmas Day with him in dire need of veterinary attention is despicable.”

“I’m now seriously concerned about his mother and I’m appealing for anyone who recognises this pup or may know where she’s come from to get in touch by calling our inspectorate appeal line on 0300 123 8018.”

Over the festive period (24 December – 1 January), the RSPCA’s officers and inspectors responded to 15,723 calls – a 36 per cent increase from last year.