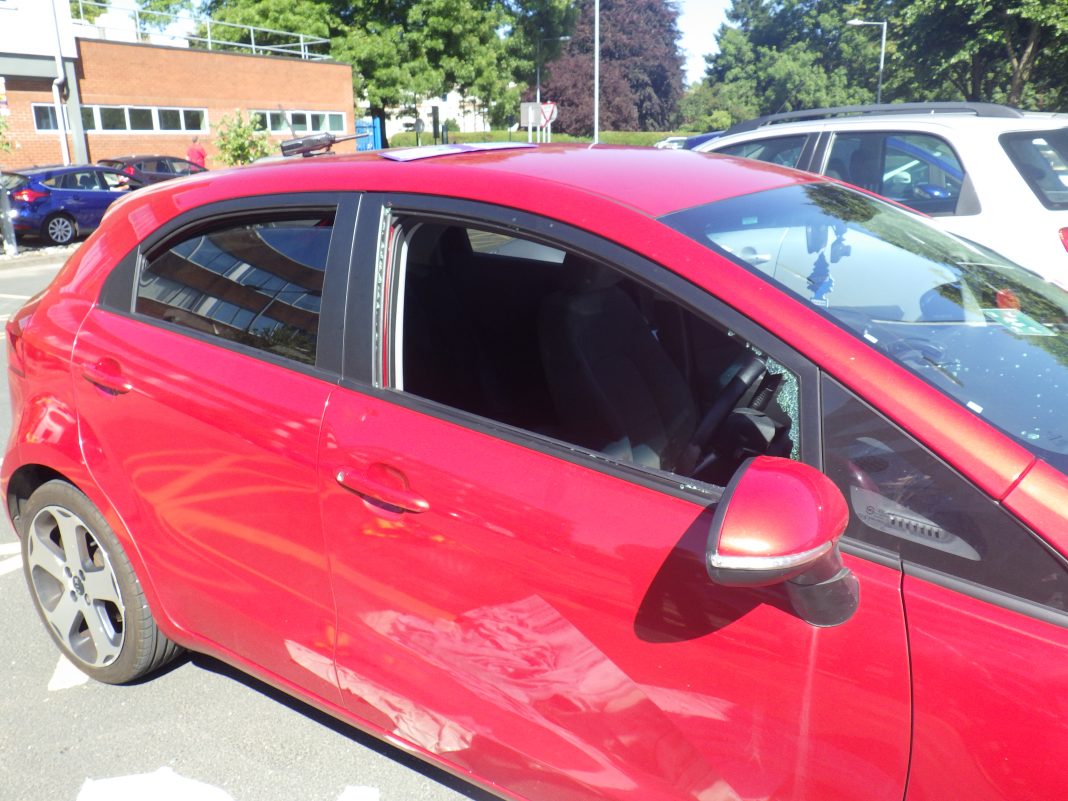 Two Labradors recovered from extreme heat exhaustion after being locked inside a car during the summer heatwave, and are now looking to be rehomed together.

Nicholas Foreman appeared before York Magistrates’ Court on Tuesday 23 October, pleading guilty to one offence of causing unnecessary suffering to two Labradors, Zoe and Penny, by confining them in an environment that was detrimental to their well-being on 25 June in York.

Nicholas was sentenced to 150 hours of unpaid work and ordered to pay £300 in costs plus an £85 victim surcharge. He was also disqualified from keeping dogs for five years.

RSPCA Inspector Alice Cooper, who led the investigation, said, “We were contacted by concerned members of the public who spotted the two distressed dogs shut inside a red Kia hatchback during the hot weather this summer.

“When I got to the hospital car park the police had already arrived and officers had smashed a window and freed the hot dogs.

“Both the dogs were panting heavily and were extremely distressed. The car was parked in direct sunlight and, although a window was slightly open, it was incredibly uncomfortable inside the car.

“The temperature that day was 29C and the dogs were suffering the effects of heat exhaustion so we rushed them to the vets. Penny needed cool baths to bring her body temperature down as it had reached dangerously high levels.”

Thankfully, three-year-old black Labrador Zoe and two-year-old chocolate Labrador Penny have recovered after being singed over to RSPCA’s care. They are now being looked after by staff at York Animal Home – run by RSPCA York, Harrogate & District Branch.

It’s just not good enough – no one should be gambling with their dog’s life.

Zoe is very friendly and confident, while Penny is a little nervous and relies on her friend. They have been described as ‘sweet girls’ and would love a new home with older children, where someone will be around for much of the day.

“Penny and Zoe were incredibly lucky,” Inspector Cooper added. “Unfortunately, we’ve been called to many incidents of dogs being left in hot cars where the animals have succumbed to the heat.

“I really hope that cases like this will help to demonstrate the dangers of leaving pets in hot environments when the weather heats up.

“Over the summer this year (1 June – 31 August) the RSPCA received 5,527 reports of animals suffering heat exposure, the majority of which related to dogs being left in hot cars. It’s just not good enough – no one should be gambling with their dog’s life.”

Each summer, the RSPCA lead the campaign Dogs Die in Hot Cars, which urges owners to never leave pets in hot environments such as cars, caravans or conservatories, as well as advising members of the public on what to do if they spot a dog in a car on a warm day.

For more information about Penny and Zoe visit their online profile or contact RSPCA York Animal Home by calling 01904 654949 or emailing reception@rspca-yorkhome.org.uk.