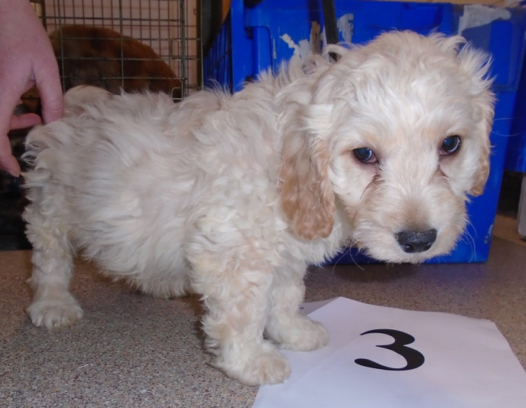 One of the men at the centre of the RSPCA’s biggest ever puppy farm investigation has been jailed again this week – for continuing to sell sick puppies to members of the public.

Thomas Stokes, 26, of Hughenden Road, High Wycombe, appeared at Aylesbury Crown Court on Tuesday (7 August) for sentencing. He previously pleaded guilty to two animal welfare offences and one offence under the Fraud Act. He was being investigated as part of a puppy farming gang when he was stopped by police in High Wycombe, as part of a separate inquiry, and three dogs were found in the boot of his car.

RSPCA Inspector Kirsty Withnall, who led both investigations, said, “We were already looking into a gang of puppy dealers in West London which included Mr Stokes, when he was stopped by police and three puppies were found inside his car.

“This prompted a search of his new address on 18 January and we discovered evidence that Mr Stokes was, once again, selling puppies.”

In May, Stokes was one of a gang of people sentenced at Isleworth Crown Court for making an estimated £2.5m selling more than 5,000 dogs over five years.

Stokes, who admitted one offence of conspiracy to commit fraud and one animal welfare offence, was jailed for three years and disqualified from keeping dogs for life. Last month, Stokes’ sentence was increased to four years and eight months in prison after the Attorney General reviewed the case for the ‘unduly lenient’ sentences. This week, Stokes was sentenced to an additional 27 months to run consecutive to the sentence he’s already serving. This takes his total prison sentence for both cases to six years and 11 months.

Inspector Withnall added, “In court, the judge said Mr Stokes had been ‘trading in animal misery and human misery in equal proportions’ and described his offences as ‘despicable’.”