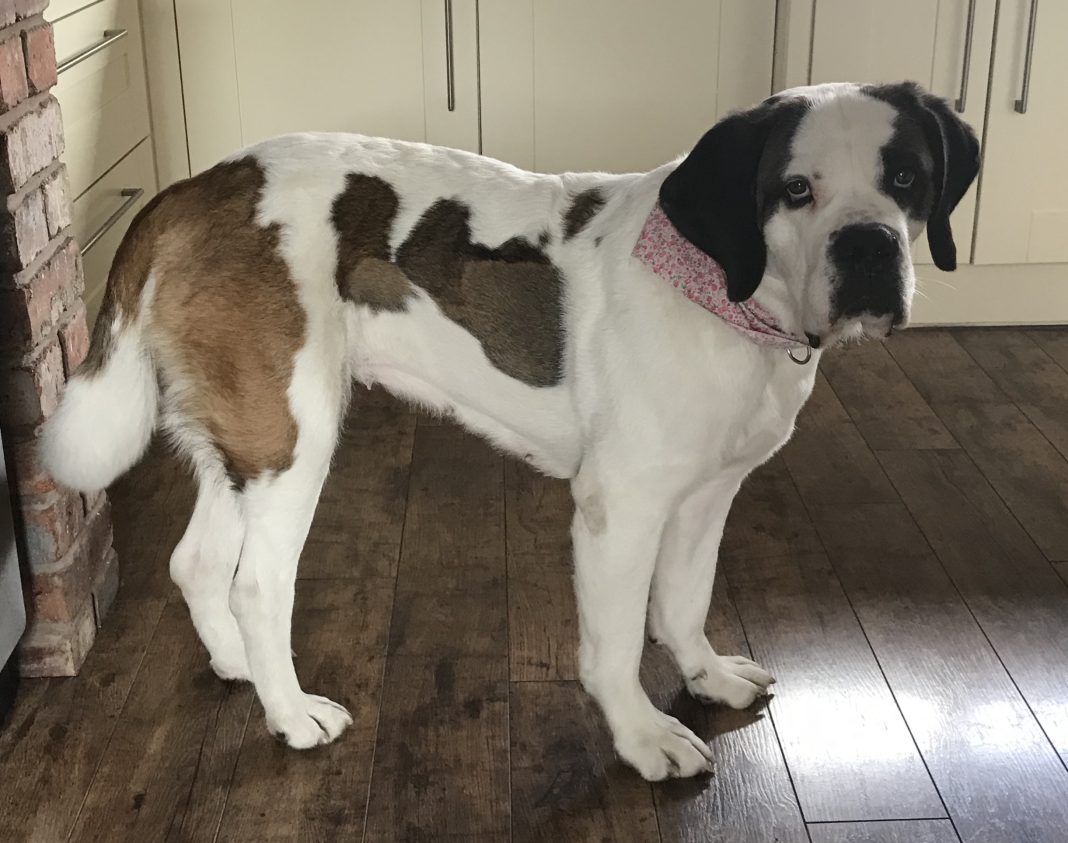 Every now and then an animal touches you.

Boo was cruelly dumped aged around 16 months after being bred from. She was skeletal and had about 48 hours to live. Whilst running scared for almost four weeks, we think she was possibly hit by a car and we genuinely feared she would die. Myself, Scouse Pets 2 and members of the public finally caught her on 11 March 2018, Mother’s Day. She weighed just 23 kilos while she should have weighed around 55.

She was cared for by Carla Lane Animals In need in Melling for three weeks and I became her forever mum in April. I took her in and I have cherished her ever since.

On the 19 June, I thought I was going to lose her. Her breathing was funny, so I took her the vets. They kept her in to run some tests and called me in the afternoon to say they had removed three litres of fluid from her chest. All signs pointed towards heart failure, so she was referred to Northwest Veterinary Specialists for further investigation. Good news is it’s wasn’t her heart – however she had a diaphragmatic hernia, diaphragm rupture, and her liver and gallbladder were sitting in her chest. They took her straight down to theatre and thankfully she’s doing well. They have had to remove some of her liver and some lung and liver lobes; they had to open up her chest and cut through her sternum to sort out all of he mess, so although she was out of surgery she was critical for the next 48 hours – and then up and about the next morning. She’s such a brave and strong girl.

We also now know she will require a full hip replacement and although she is insured, my claim was rejected for her hip and surgery will cost around £7,000. On 21 June, I set a GoFundMe page up to raise £10,000 for her treatment” £7,000 for her Hip replacement and £3,000 to cover the shortfall from the £5,800 operation for the diaphragmatic hernia, as Petplan were only going to cover £3,000.

Boo has been insured with Petplan since I adopted her in April and when she became sick on 19t June, I called Petplan who said I would be covered for her treatment; however, five weeks after her surgery, I received an email from them rejecting her claim. To say that I’m absolutely devastated in an understatement. They are saying it was a pre-existing condition; I have put a formal complaint in and I’m going to do my best to fight them. How can they do this? I’m heartbroken, we were literally about two weeks away from getting Boo’s hip done. In just five weeks I have managed to raise £10,000 on GoFundMe with the help and support of friends and family, local businesses and community. We are now £3,000 short due to Petplan rejecting her claim.

She has been through so much, my baby deserves to run about like a normal dog. She is going crazy being, isolated from the big wide world. Boo shows nothing but kindness, love and trust despite the horrific start she’s had in her short life. I took Boo in unaware of what problems were ahead, and I wouldn’t change a thing. Someone once told that me God gave Boo to me for one of two reasons: I have the means to make her better, or give her best last days of her life. Thankfully, with the love and support she has, we’ve had the means to make her better.

You can donate towards Boo’s surgery on GoFundMe, or through Paypal to annettedavis1@hotmail.co.uk.

There is massive love and support surrounding my Boo.

If you can help by sharing and donating, no matter how big or small, we would be one step closer to the goal and truly grateful.

You can donate towards Boo’s surgery on GoFundMe, or through Paypal to annettedavis1@hotmail.co.uk. 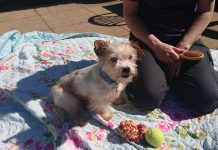 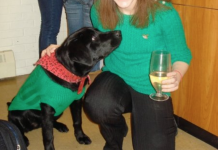 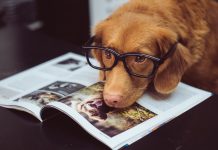 A guide to grooming your pet at home