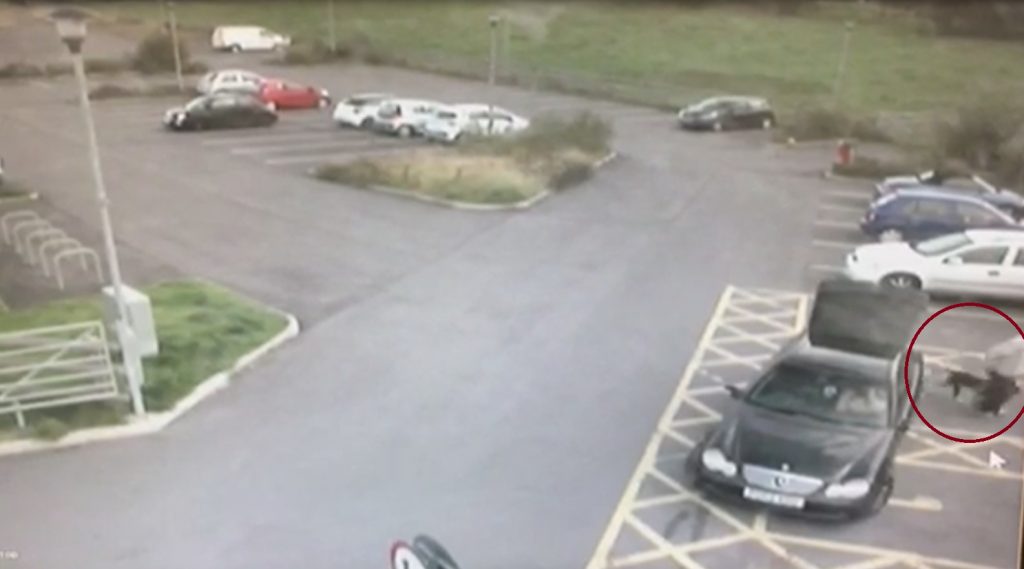 CCTV footage of a dog being callously dumped outside Birmingham Animal Centre has been released. The film shows a Mercedes driver stopping in a disabled parking bay at around 8.05am on Saturday 26 August. The man then takes the dog from the boot and leaves.

The black and white Staffordshire Bull Terrier runs and hides behind a parked car. She wasn’t found until a staff member arrived at the centre for work, a full 40 minutes later.

Roxy, as she has now been named, is being cared for at the centre, but is said to be a bit shocked by what happened.

The RSPCA’s chief inspector for Birmingham, Rebecca Cooper, said, “It is so sad to think that someone thought it was okay to do this. Being abandoned must have been extremely stressful and poor Roxy wasn’t found straightaway.

“A vet has checked over Roxy and found that she seems to have a problem with her legs – this could be arthritis, but we are not sure yet until further tests are carried out. She is a lovely dog though and she is getting a lot of fuss.

“We are urging anyone who recognises the dog, or the person in the footage, to contact us in complete confidence on 0300 123 8018 so we can look into this further.”

See the CCTV footage of the incident below: