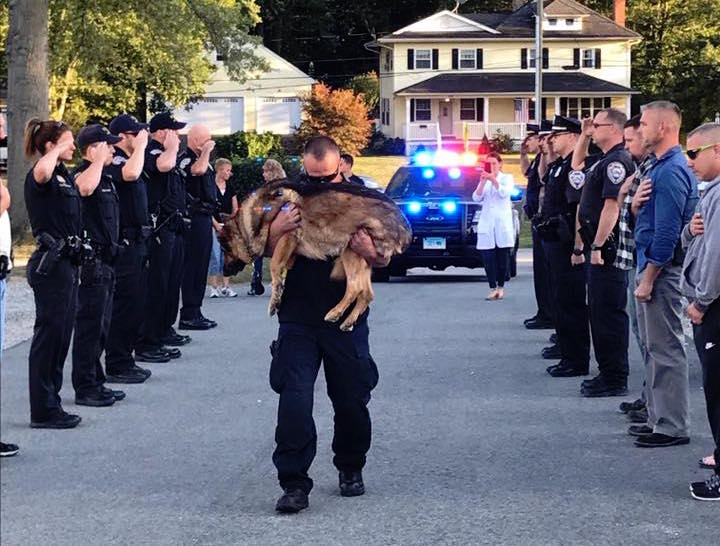 A police officer in Connecticut had to say a heartbreaking goodbye to his K9 partner on Saturday, after the loyal dog was diagnosed with an aggressive form of liver cancer. But his community was beside him all the way.

Hunter, a German Shepherd, had been unwell for a number of days, with medical tests then revealing the upsetting conclusion. Officer Michael D’Aresta was advised the best course would be to put Hunter peacefully to sleep.

In support of Officer D’Aresta, local residents and fellow police officers formed a guard of honour for the pair, as Officer D’Aresta carried Hunter into the veterinary clinic.

Posting on the Middletown Police Department – Connecticut’s Facebook page, Sgt. Doug Clark commented, “Officer D’Aresta and Hunter have been an exceptional team serving the City of Middletown in a high caliber since 2007.

“So as you can imagine, this is extremely difficult for Mike and his family.”