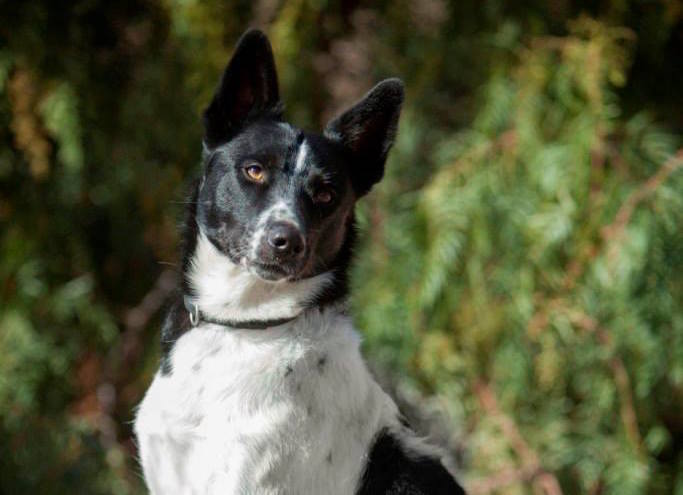 A rescue dog who was deemed too hyperactive to be adopted by a new family has forged a new career path as search dog, and is now helping find missing people in hurricane-struck Texas.

Rocket, a young Border Collie cross, was considered so high energy he was actually placed on the euthanasia list during his time at the Sacramento Society for the Prevention of Cruelty to Animals. Thankfully, staff spotted his potential as a working search dog, and he was evaluated by recruiter Andrea. Although he didn’t pass first time, Andrea adopted Rocket anyway. Despite that false start, he soon proved he had what it takes.

A job to put his buzzing mind to work was exactly what Rocket needed. He absolutely thrived in a training environment, and in August 2014 was partnered with Mike Stornetta, of the Windsor Fire Protection District in California. The pair were recently sent out to Texas, and after 20 hours on the road they are now working to find people stranded in the chaos following the onset of Hurricane Harvey.

A spokesperson for the District posted on Facebook, “They have trained together for several years in order to be prepared for just such a disaster, they are ready and willing and we know they will do an awesome job! Stay safe Mike and Rocket.”

Andrea, Rocket’s rescuer, said, “I’m so glad that Mike and Rocket are able to respond to those in need (in Texas)! It is truly amazing to see how far Rocket has come! I’m overwhelmed to think of all of the people and time and effort that has gone into a stray dog that no one wanted. This is what it’s all about!”