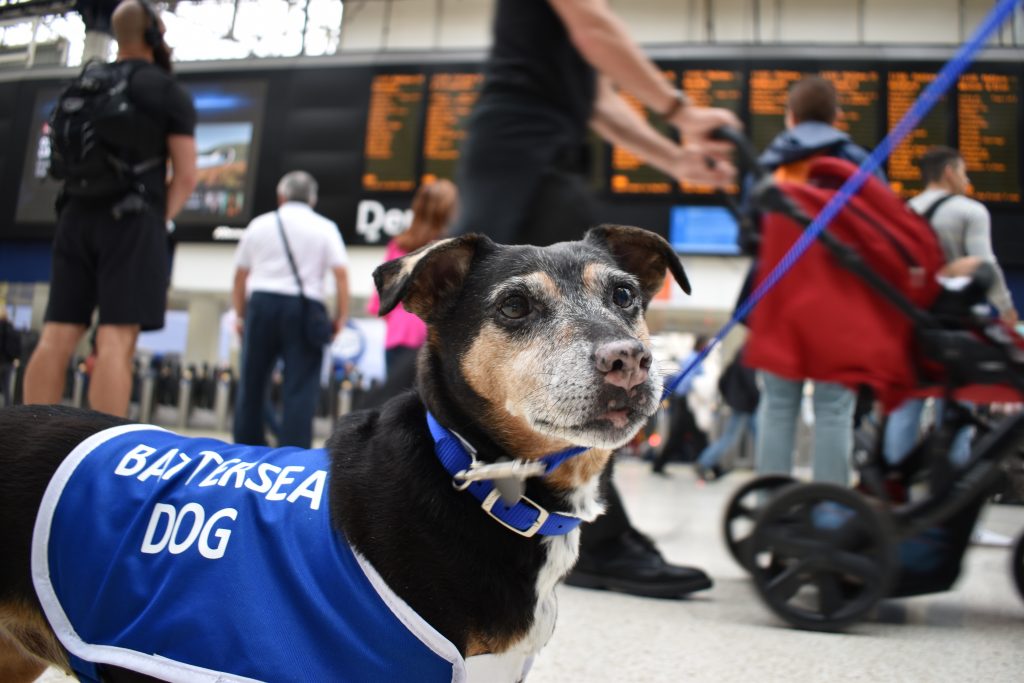 With extensive engineering work at London Waterloo causing a month of misery for the station’s commuters, a pair of delightful elderly terriers proved to be the perfect antidote to delayed trains and overcrowded carriages.

Former Battersea residents, Mollie and Millie, were brought to the station to greet passengers and raise awareness of the charity that saved them. It’s hoped the friendly pair will encourage some commuters to consider taking on a rescue dog of their own. After all, a cuddle with a dog is the perfect way to end a stressful day!

Rob Young, London Centre Manager at Battersea, said, “Here at Battersea we know the power of dogs and cats and their ability to ease stress and bring out the best in people, even during times of travel disruption. It’s great to see Mollie and Millie cheer up commuters during Network Rail’s engineering works and we hope it’s been the highlight of their August travels.

“We’re also here to remind people that Battersea has many wonderful dogs like Mollie and Millie looking for new owners who can take them on an incredible journey of their own. If you are thinking of taking on a new pet, don’t delay – pick up a one-way ticket to Battersea today.”