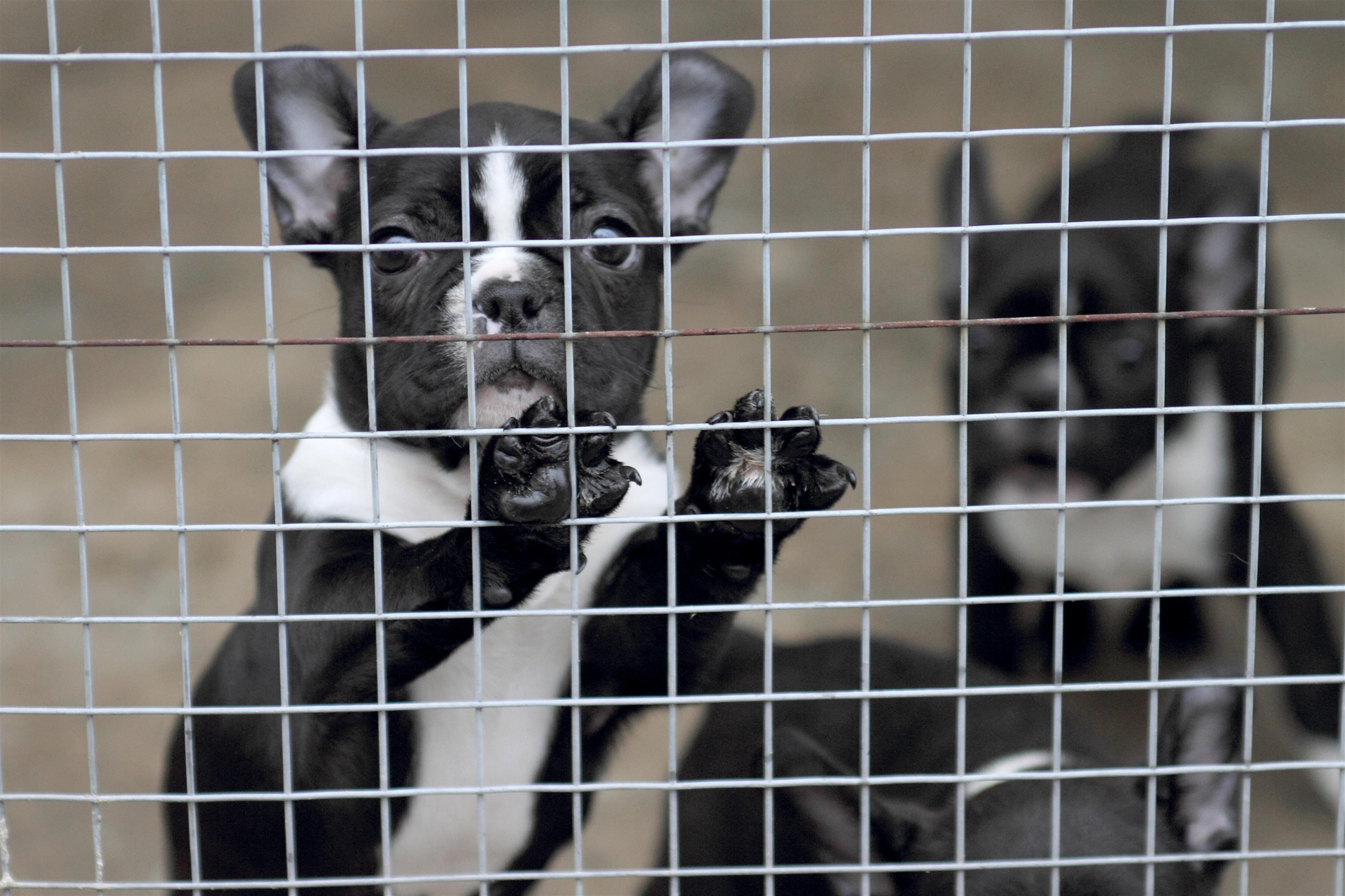 Today Dogs Trust launches its new investigative report into the prevalence of puppy smuggling, which remains at shockingly high levels. The charity has been involved in undercover operations to reveal the sickening tactics used by smugglers to evade border control and transport puppies for sale that are far too young to be away from their mothers, let alone undertake a journey of thousands of miles.

A video released by Dogs Trust secretly filmed in Lithuania reveals vets explaining how litters can be sedated to keep them quiet at border control. The charity also uncovered a case where puppies were transported in a basket covered in clingfilm, with just one tiny breathing hole, and an incident in which puppies were so young they still had their umbilical cords attached to them.

The journeys these puppies are forced to endure are detrimental to their wellbeing; cages are often packed into vans, with little or no food and water provided en route, and no air conditioning.

Paula Boyden, veterinary director for Dogs Trust said, “These shocking cases clearly show that urgent action is needed to stop the puppy smuggling scandal. It remains as serious an issue for animal welfare and public health in 2017 as it did in 2014, when our first investigation highlighted the devastating effects of the 2012 changes to the Pet Travel Scheme, which effectively invited corrupt dealers to traffic underage puppies into Great Britain without the required treatments.

“The number of prosecutions is far too low and the lack of visual checks at ferry ports and borders is unacceptable. We want to see stronger deterrents including prison sentences for those caught trafficking puppies. To highlight the flaws in the system, we smuggled a fake dog ‘Charly’ though the border twice – once at Eurotunnel and once at Dover – after no visual checks were made.

“The government must revise pet travel legislation when the UK leaves the EU and ensure that puppies entering this country are healthy, not underage and are not being brought in to sell on to unsuspecting buyers via a scheme meant for non-commercial use.”

Dogs Trust reports that in 2016 alone, 275,876 dogs travelled to Great Britain on the Pet Travel Scheme, which designed to be a non-commercial means of transporting dogs in the EU without the need for quarantine. The majority of puppies intercepted by the charity arrived from Hungary, Poland and Lithuania. Of all the puppies seized, more than 95% were deemed to be too young to travel, and 6% subsequently died due to poor health, malnutrition and/or dehydration.

Paula continues, “Following two previous investigations in 2014 and 2015, we launched our Puppy Pilot scheme. Through this, and with the help of APHA, Border Force and Kent Trading Standards, we have funded the quarantine costs of over 500 illegally imported puppies and found them new homes through our rehoming centres. Until Dogs Trust stepped in, seized puppies were at risk of being put to sleep or turned away at the borders.”

To try and educate the public about this problem and prevent people buying illegally imported puppies, Dogs Trust have launched the website www.puppysmuggling.org.uk, and released an animation about a smuggled Pug named Charley.

The public are also being urged to contact their local MP via the Dogs Trust website, to call for the government to revise inadequate legislation and help end this trade, putting an end to the suffering at every stage.