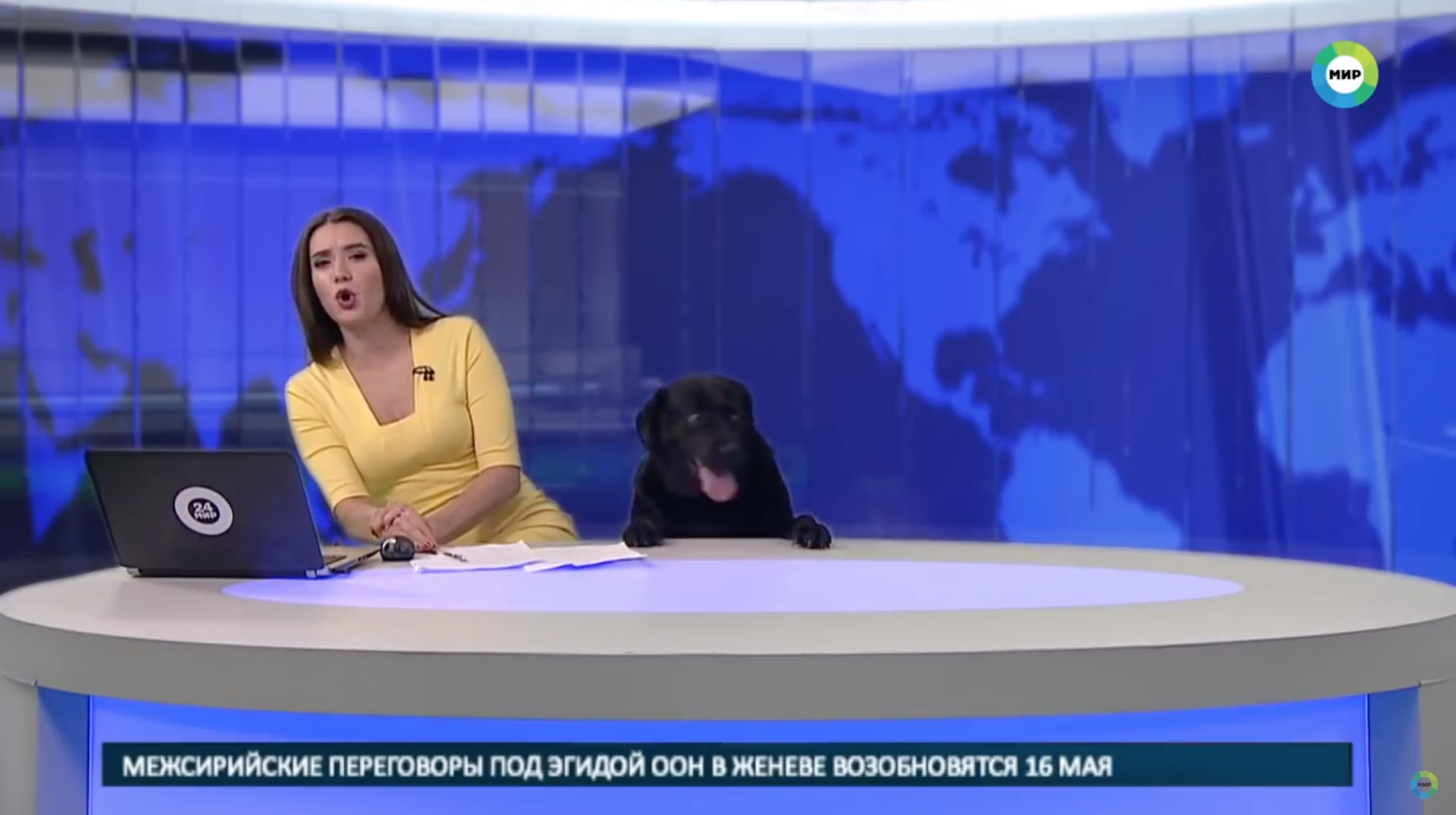 A cheeky black Labrador has become a viral sensation after leaping up at the desk of a reporter during a live news broadcast for Russian station Mir24.

The newsreader pauses after hearing a bark in the studio, before the dog leaps up at her desk and surprises her.

The newsreader is heard saying in Russian, “I’ve got a dog here. What is this dog doing in the studio?”

She then comments, “I actually prefer cats.”

Despite this, the newsreader gives the dog a little pet and smiles as she moves the Labrador under the desk and out of shot.

The hilarious clip has now attached over 6 million views on YouTube. See it in full here: