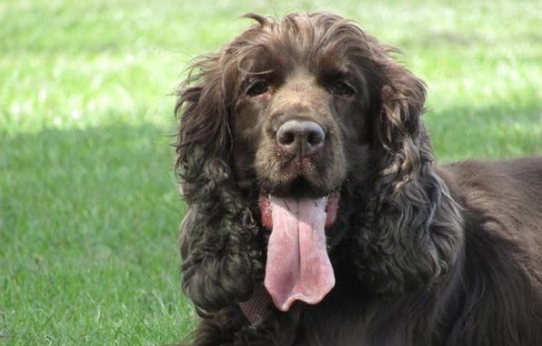 A Cocker Spaniel has died after a suspected violent attack by a stranger in Eastleigh, Hampshire.

Dom Billings and his girlfriend were taking his dog, Gilly, and his housemate Jade’s dog, Lottie, for a walk along a towpath by the River Itchen when the incident occurred on Sunday. The two dogs ran off together around a corner out of sight, and one of them yelped loudly.

A man was then seen fleeing the scene. Thinking this man had stolen one of the dogs, Dom gave chase and then doubled back. A passing couple then pointed out Lottie’s lifeless body in the water to him.

Dom and his girlfriend retrieved Lottie and rushed her to the vet, where she was pronounced dead. She was found to have several broken ribs, internal bleeding and a collapsed lung. An excellent water dog, it’s unlikely that Lottie drowned, and it appears she was injured before entering the water.

Police are now appealing for witnesses to come forward and make contact by calling 101. The incident occurred on Sunday 21 May between 1pm and 1.30pm near the Ham Farm Pub. The man in question has been described as white, of average build with a bald head, and wearing shorts and a jumper.

Jade is absolutely devastated to have lost her best friend, and to have not been with her at the end. She’s now spearheading a social media campaign to help share information about what happened to Lottie and who may have hurt her.

“Please help me find her killer,” Jade said. “I still can’t quite believe such a thing could’ve happened to her. She was so innocent and beautiful and taken from me way too soon.”

Jade would like to thank her family and friends for their invaluable help and support at this time.