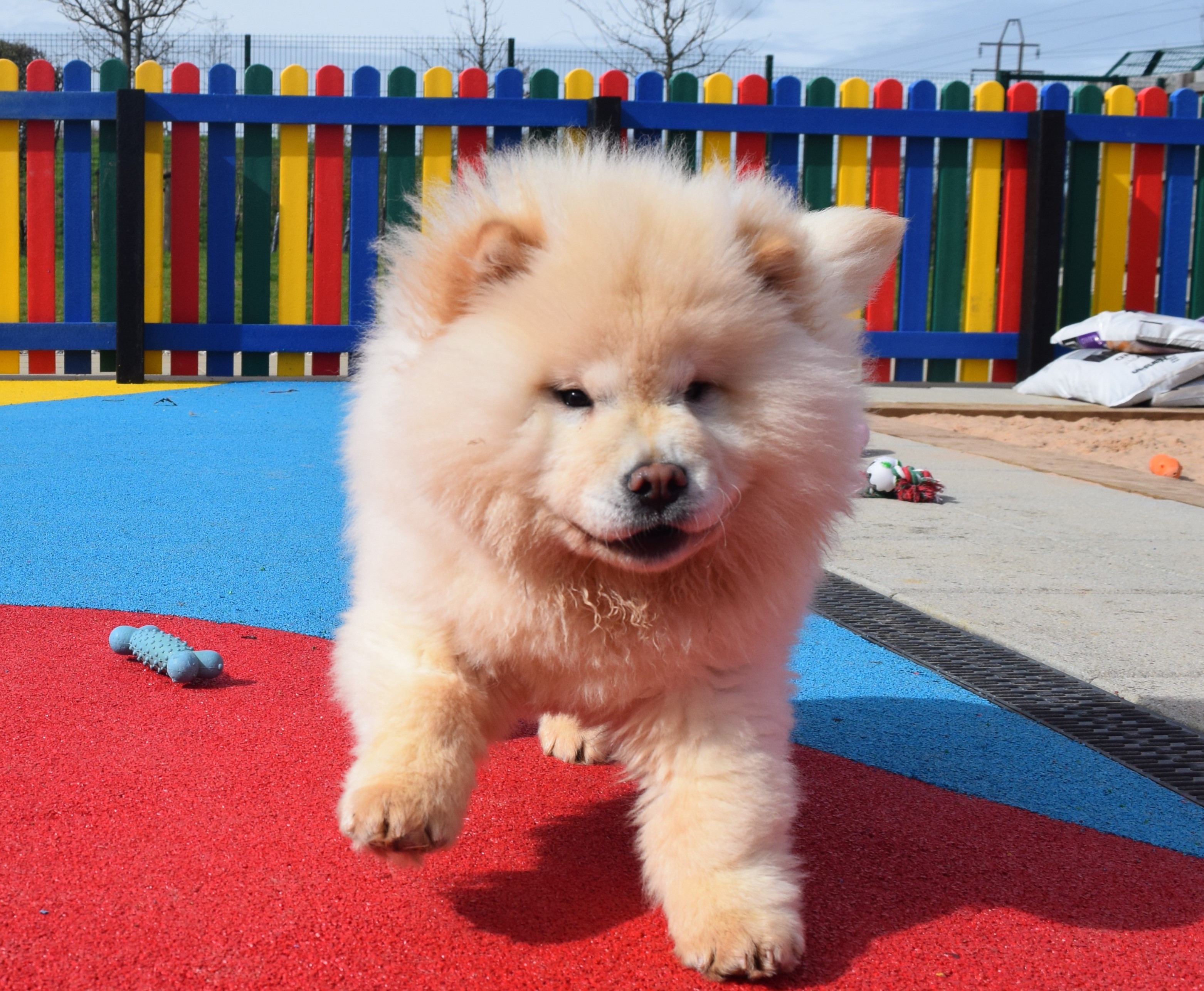 Similar to a children’s playground, the area has a sandpit, bright tunnels and fun places to hide – and all made using recycled plastic. It’s a stimulating but safe space for the puppies to roam in a crucial stage of their development.

The puppies can interact with other in a managed environment, discovering new smells and textures and getting used to being out in the open.

This is particularly important for some pups – the first to try out the new playground were all from central and eastern Europe, having been smuggled to the UK illegally and thankfully intercepted at the border. Their earliest weeks may have been spent in dark, confined spaces.

The six French Bulldogs, two Dachshunds and one Chow Chow pup have all now been adopted by excited new families – but international puppy trafficking sadly continues.

Hopefully the playground will help more victims of the trade in the future, on the way to their new lives. Dogs Trust gives the saved puppies lots of love and care while they wait out quarantine.

Lisa Cooper, the rehoming centre manager at Dogs Trust Basildon, said, “We’re really pleased with the final result of the puppy playground – it’s a great addition to the rehoming centre, thanks to a generous grant from the John Slater Foundation. I think the staff are just as excited with the puppy playground as the pups! The space will be used to integrate the pups into the outside environment, which will help teach them valuable socialisation skills, as well as offering mental and physical stimulation.”

When can we visit?