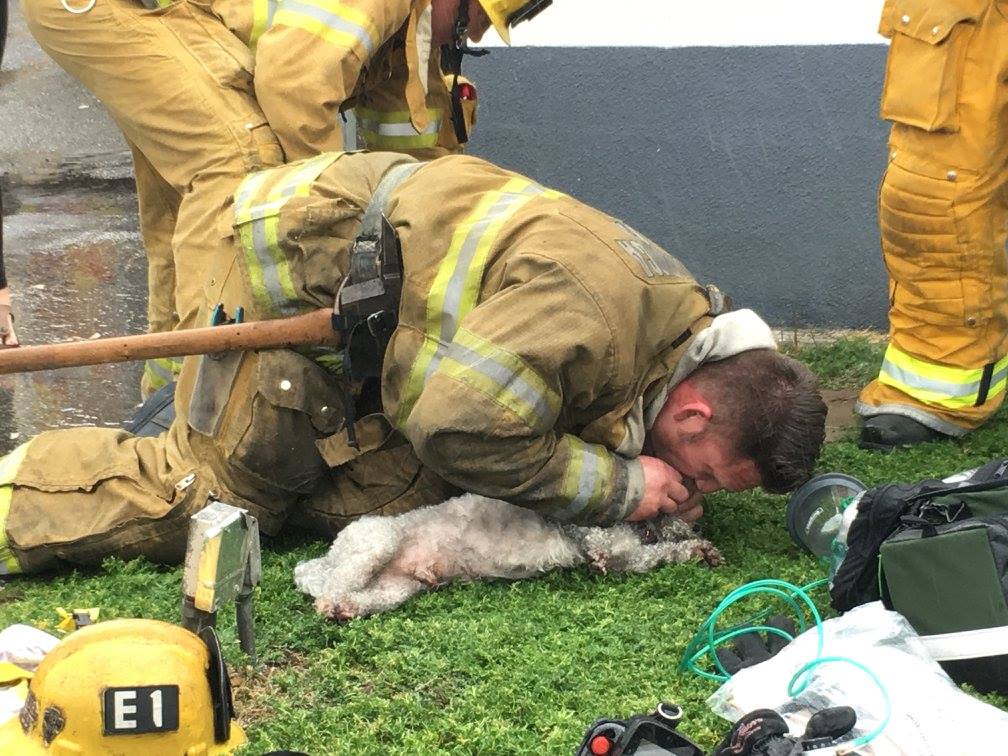 On the afternoon of Tuesday 21 March, the Santa Monica Fire Department responded to multiple calls about an apartment building on fire. As the effort to control the blaze got underway, firefighters searched the structure for victims; they found no people, only a lifeless little dog laying in the smoke.

The dog, soon identified as a Bichon Frise-Shih Tzu cross named Nalu, was bought outside, but he was unresponsive with no pulse, and he wasn’t breathing.

“He was totally lifeless,” firefighter Andrew Klein told the Associated Press. “I picked him up and ran out of the apartment because time is key, especially with a small dog … Failure was not an option.”

Klein immediately began to perform CPR on Nalu, as his owner, Crystal Lamirande, crouched nearby crying. After twenty minutes of constant trying, and with help from a special pet oxygen mask, Nalu began breathing on his own again and was even able to walk around. Nalu then spent 24 hours in an oxygen tent, but is right as rain!

“Back from the dead!” Posted the grateful owner on Facebook. “We are forever grateful.”

Klein, who told the press he himself has two dogs at home, was proud and moved to see Nalu’s quick recovery.

“He was essentially dead, so to see him kissing people and walking around wagging his tail was definitely a good feeling,” he said.