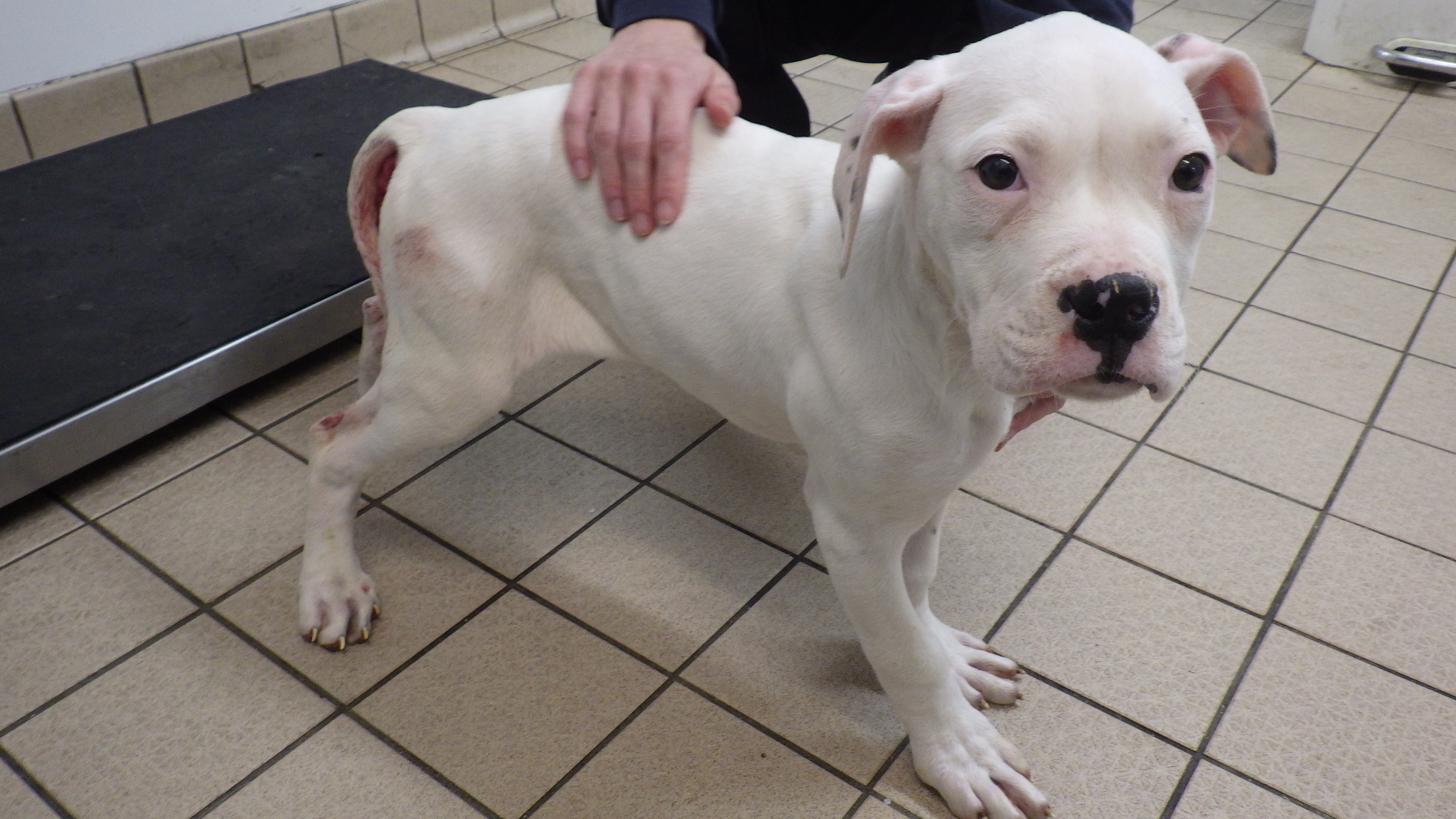 When kind strangers, on their way home from a night on the town, spotted a white American Bulldog puppy running along the side of the road in the dark, their dedication to helping her was the only reason she survived. Bella, as she came to be called, had likely been ditched by her owner, and was found on Tuesday 27 December on Appley Road South in Wigan. The reason for this abandonment was a very sad one. “They asked the taxi driver to pull over and when ‘Bella’, as they named her, came to them they realised she was bleeding from her back end.

“The taxi wouldn’t take her to a local vets so two of them stayed with her and the third went home to call us.

“Unfortunately I was 30 minutes away so they started knocking on the doors to nearby houses and were taken in by a caring couple who provided blankets and towels for her and kept her warm and comfortable until I got there.

“They all went above and beyond to help this little dog, and no doubt saved her life.” “The vet confirmed what was quite obvious from the smell coming from her: the prolapse had been there for some time and had been left untreated. She was also underweight,” said inspector Fletcher.

“As she wasn’t wearing a collar and ID tag or microchipped, as is required by law, we do not know who her owners are at the moment and are appealing for anyone who recognises her and knows who they are, or who saw anything, to get in touch.

“Bella is a very loving pup and if out roaming would have approached people easily, which leads me to believe that she had not been out alone for long. I suspect she was abandoned on the roadside on Tuesday night due to the condition she was suffering.”

Bella is now recovering well from her surgery. She is about three or four months old, and has a lovely character and very sweet spotty ears. We will keep you updated on what happens to her.

Anyone who has any specific information should call the RSPCA inspectorate appeal line on 0300 123 8018 and ask to leave a message for inspector Fletcher.

All images via RSPCA