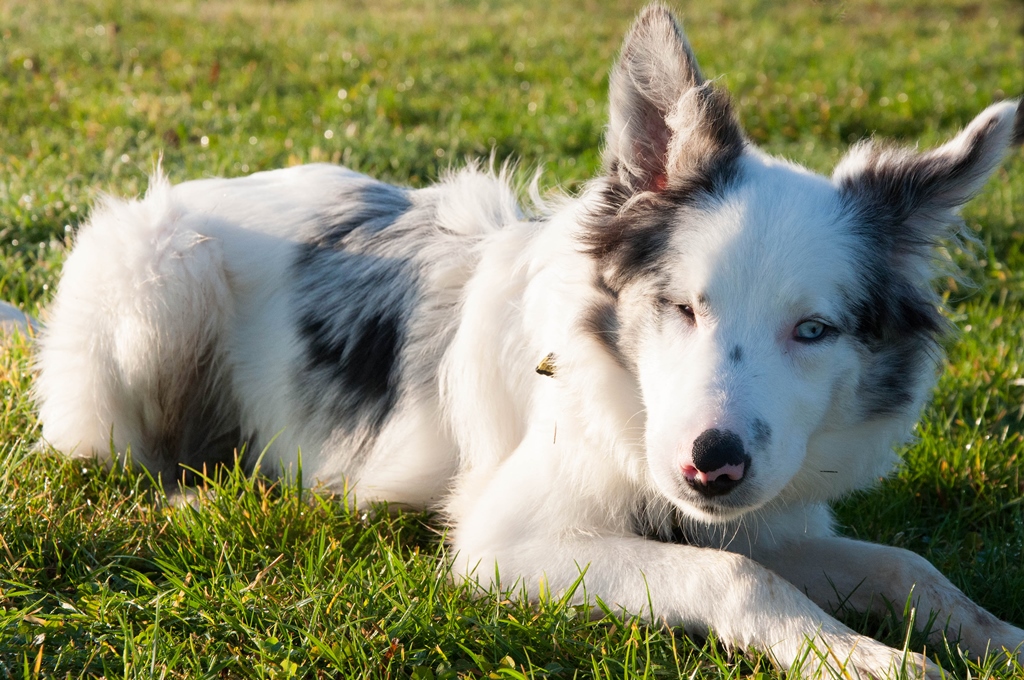 Tommy, a six-month-old puppy with no hearing and limited vision, came into the care of Dogs Trust Salisbury in early December, having been found straying on the streets all alone. But the lucky boy only spent nine days at the rehoming centre before he met his paw-fect match in couple Steve and Suzanne. Suzanne herself is hard of hearing, so understands Tommy’s needs perfectly. She even teaches Makaton – a language programme comprising of different signs and symbols to help people communicate.

And now Tommy had just spent his first Christmas is his forever home. Suzanne said, “We are so in love with Tommy and when we found out he was deaf, we were certain he was the dog for us and we wanted to give him the loving home he deserved. I teach sign language myself, and the methods used to communicate with dogs are the same for humans, so it is perfectly possible to bond with a deaf dog and train them to respond to numerous commands.

“He is such a sweet-natured dog and already settling in so well. We’re looking forward to making 2017 the best year ever for him.” Jacinta Lye, Dogs Trust Salisbury’s rehoming centre manager said, “When Tommy came into us, we were so worried that he’d be overlooked because of his deafness and the fact he can only see in one eye. But that certainly wasn’t the case and we think Steve and Suzanne are a perfect match for Tommy. We know he’ll be very happy with his new owners.”

Talk about meant to be!

All images via Dogs Trust