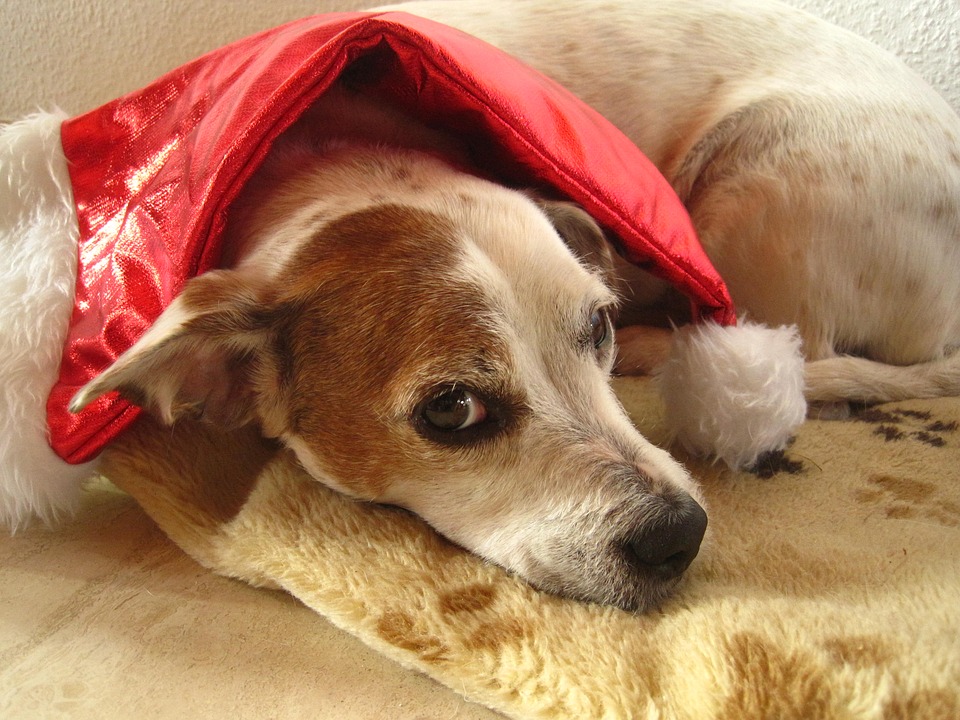 Vet Nows has released the craziest stories encountered at Christmastime to serve as a warning to pet owners – as medical emergencies for our animals are set to rise by 41% over Christmas and New Year.

In one incident, a 13-year-old Jack Russell managed to glue his mouth shut after eating a Christmas cracker and the novelty playing cards inside. This combination made a super sticky paper maiche!

In another case, a five-year-old Cocker Spaniel had to undergo emergency stomach surgery after the nutty dog ate an entire bath towel. The spaniel has been enticed by the fact the towel had been wrapped around the family’s Christmas turkey (!?). The dog recovered well.

A more common Christmas crisis is the ingestion of edible items – but those that are toxic to dogs, such as mince pies, Christmas cake, chocolate, blue cheese or macadamia nuts. But overall, a massive 62% of Vets Now’s festive appointments are caused by pets munching things they shouldn’t.

Either items are swiped from sideboards, or they are fed by unknowing owners. Vets Now estimates that 5.5 million dog owners in the UK feed their four-legged friends things they really shouldn’t. Nine out of 10 pet poisonings happen within the home, so be very careful will what you leave laying around or offer under the table.

A third of pet owners will experience an emergency over the next fortnight – don’t be one of them.

Vets Now is the leading provider of emergency veterinary care for pets in the UK and will be open day and night throughout Christmas and New Year to treat any pet emergencies that may occur.