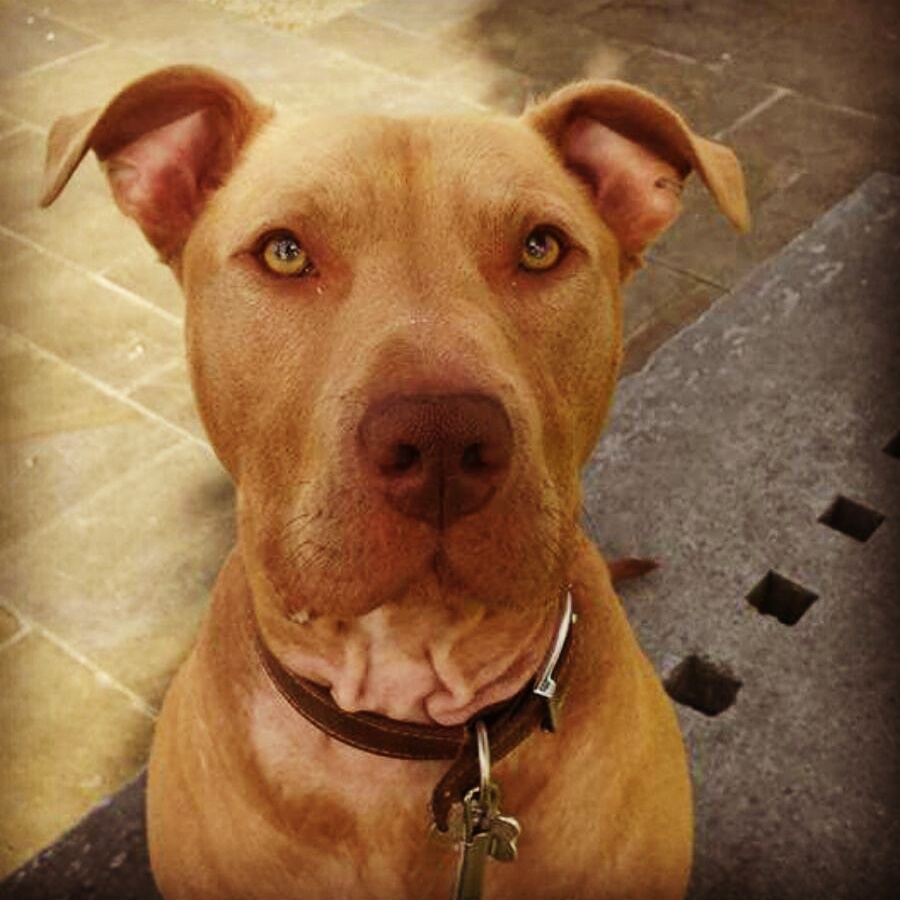 Hank, a dog who became famous after he was seized by Belfast City Council, is all set for an emotional reunion with his family today. The two-year-old Labrador-Staffordshire Bull Terrier cross was taken from his home last month, with dog wardens simply leaving a note for his owners to find on their return to the house. The police had followed up an anonymous tip made by a member of the public that Hank ‘looked like a Pit Bull.’

In the weeks following, the family were consistently denied visitation rights to their beloved dog, or even given any updates about how he was coping with his sudden change of circumstances.

Thankfully, although Hank was deemed to be a Pit Bull-type based on his measurements and appearance, his friendly, well-rounded personality meant he passed a temperament test, and was therefore eligible to be placed on the exemption register. Today, this was granted, and Hank’s owners will now need to abide by very strict conditions to keep their dog, including keeping him on a lead and muzzling him in public.

It is the best outcome – for now – for a campaign that gained fame around the world, as dog lovers called for Hank, a family pet who had never done wrong, to be spared his life.

Hank’s owners have vowed to fight on for Hank, and for all the other innocent lives affected by breed specific legislation. On 14 August, a rally will be held in Belfast against the law as it stands. More information can be found on the Save Hank Facebook page.