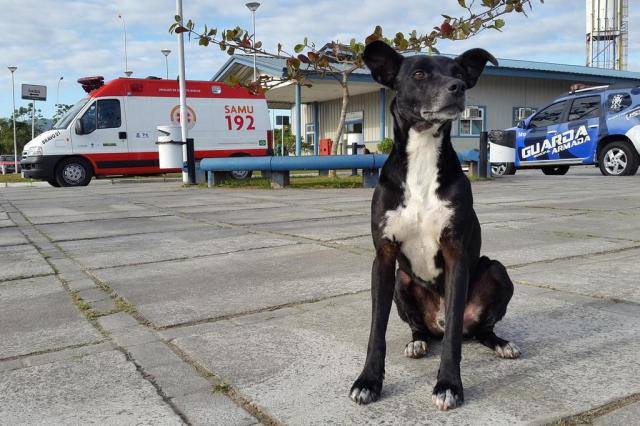 For eight months now, Negão has waited out the Ruth Cardoso Hospital in Santa Catarina, Brazil. The black and white crossbreed’s owner, a homeless man, was taken there last year after developing an infection. Negão reportedly chased the ambulance, and waited outside the hospital entrance for his owner to return.

Sadly, his owner passed away a short time later, and so Negão never left. Touched by the dog’s loyalty, a protection group now cares for Negão. He has been vaccinated and neutered and is fed. People have tried to adopt Negão, but with a collar and lead on, he refuses to budge from the hospital grounds.

“He will stay here with us until he decides if he wants to leave or not. As long as he remains here, we will give all the care, warmth and love he needs,” an official at the hospital, Giselle Bianchi, told G1 Santa Catarina.