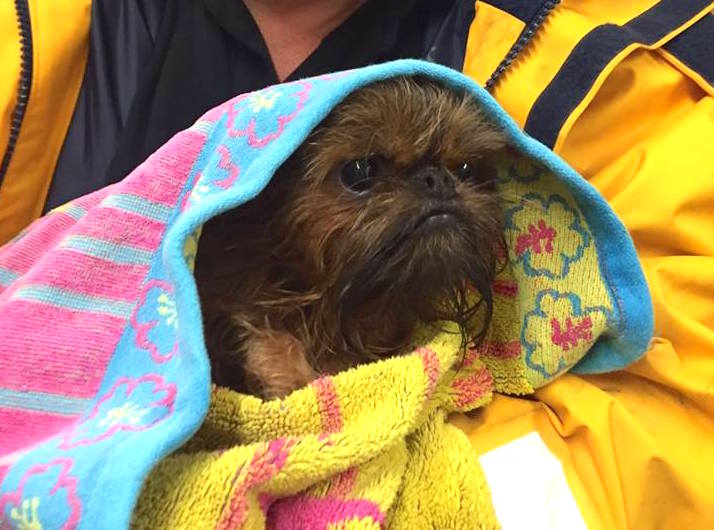 A little dog has been saved by a lifeboat crew after becoming stranded on mud flats in Langstone Harbour, Hampshire. The Brussels Griffon, named Minnie Mouse, was spotted by walkers on the shore, who called out the RLNI when it was clear the dog could not be reached without help. With the incoming tide threatening, Crewman Joshua Bowe was sent in.

“On approach it was clear that the little dog was exhausted and struggling to stand on the far side of a small tidal island,” an RNLI spokesperson said.

“Up to his ankles, crewman Joshua Bowe waded across the thick mud, even falling to his knees to reach the distressed animal. Bitten but undeterred he was able to cradle the dog and bring her back to the safety of the lifeboat.”

Minnie Mouse was caked in mud, so received a hot shower whilst her owner was traced. It transpired the dog had been missing for over 24 hours after escaping from her garden, and there was a very happy reunion!