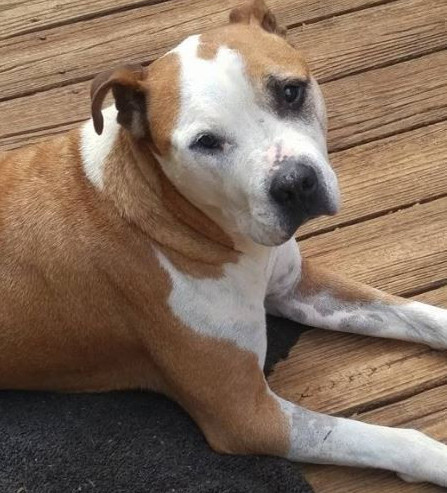 A stray Pit Bull who defended the life of a person he didn’t even know is now up for adoption and a well-deserved new life. Hero, as he came to be aptly named, has now recovered from the incident of 22 July. The brave dog intervened when a man went after a woman in Georgia, USA, and managed to separate the pair – but Hero was stabbed five times in the struggle.

Attending police officiers decided Hero should have the best chance at survival for his amazing courage, and took him straight to the vet’s.

“I don’t think we could have let that dog suffer and die. We felt like we needed to get that dog some help after what it had been through,” Timothy Clay, one of the officers who helped Hero, told WATE.

Hero is now being moved to Tennessee and will be rehomed with the help of Fighting for the Bullys Pit Bull Rescue, which helped to raise the money to pay for his surgery. Despite his incredible defensive behaviour, Hero has been described as a friendly, laid back dog who loves people.

Featured image via Fighting for the Bullys Pit Bull Rescue