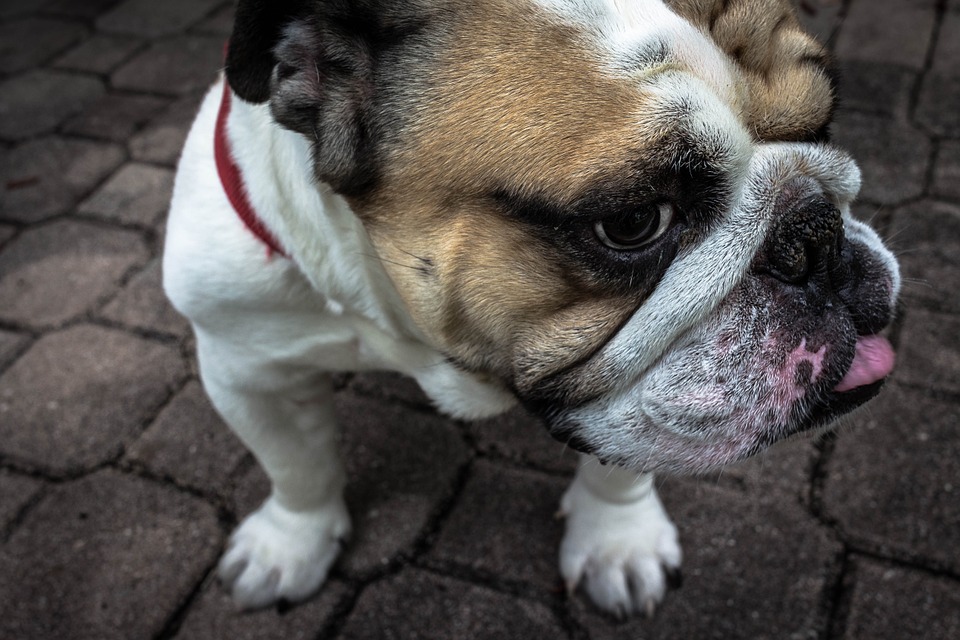 A study published today by the journal Canine Genetics and Epidemiology has determined that our British (or English) Bulldog is now so inbred that tackling the breed’s inherent array of health problems will require crossbreeding. The initial investigation into the genes of 102 breeding English Bulldogs found that the dogs were alarmingly similar in their genetic make-ups. These dogs were then compared to 37 other pet Bulldogs, referred to vets for various health issues. There were no significant genetic differences between these pets and the breeding stock.

The Bulldog’s health problems are infamous; there really isn’t any part of their body that doesn’t seem to suffer. Skin infections and joint problems are commonplace, resulting from their folded skin and wide-set, exaggerated bodies respectively. They are prone to obesity too, and many have heart attacks. Natural matings are often impossible, thanks to the narrowness of the hips, and their huge heads often mean mothers must have caesarian sections too, lest puppies become stuck in the birth canal. But it is the Bulldog’s breathing issues that cause the most concern; Bulldogs cannot exercise extensively, or cope with hot weather. Many Bulldogs struggle even to sleep comfortably.

“Breeds such as the Boxer are similarly brachycephalic [short-faced] but do not suffer to the same degree,” reads the study. “In the case of the English bulldog, the nostrils are narrow, the base of the tongue is large and broad, the palate elongated and thickened, thus allowing for blockage of the pharynx especially during sleep. The tracheas are usually hypoplastic (narrow), further compromising normal ventilation. The constant pressures on the upper airways created by these obstructions may also damage and weaken the laryngeal muscles, cause eversion of the lateral ventricles, and further decrease pharyngeal potency. The laryngeal collapse is in turn associated with bronchial collapse. Therefore, the breathing problems in the English bulldogs go beyond mere shortening of the face and require specific changes in the nares, rostral skull, tongue, oropharynx and trachea.”

Despite all of this, the Bulldog today is an incredibly popular and fashionable dog to own. Other studies have suggested our attachment to the flat face stems from our recognition of human babies within it, with the big eyes and little nose – making these dogs easy to anthropomorphise and pander to as children. But it is clear we cannot allow these problems continue for our own selfish preferences.

The study states that crossbreeding may be our best chance at saving a semblance of this breed, while still retaining some ethical and moral justification for its existence. Whereas there are some individual Bulldogs who enjoy a better degree of health than most others, in order to rapidly effect change, different dogs of different breeds must be bought in to widen the gene pool and weed out the extremes.

Study co-author Niels Pedersen, from the University of California, Davis, told BBC News, “We tried not to be judgemental in our paper. We just said there’s a problem here, and if you are going to decide to do something about it, this is what you’ve got to work with.

“If you want to re-build the breed, these are the building blocks you have, but they’re very few. So if you’re using the same old bricks, you’re not going to be able to build a new house.”

Similar alternatives to the English Bulldog do exist, often stemming from individual breeders more concerned about welfare and health than rosettes. Often they look to the past, before the modern show ring, with an effort to recapture some of the medieval element to the breed, when the Bulldog was an athletic bullfighter, not a lump on the sofa with a rattling breath.

There are some success stories. The Continental Bulldog came about in 2001 in Switzerland, when a English Bulldog breeder crossed her dogs with the Leavitt Bulldog, a larger, leggier breed, to try and create a compact, medium-sized and even tempered Bulldog, with less of the exaggerated features. The Victorian Bulldog, on the other hand, is a home-grown alternative. These breeders looked back to the Bulldog of the earliest show circuits at the end of the Nineteenth Century – a dog with thinner skin, slimmer build and, crucially, a longer muzzle.