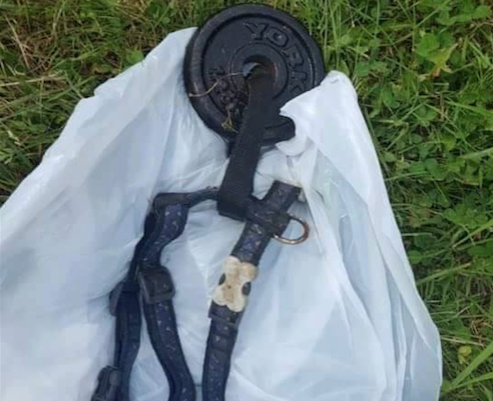 The RSPCA is appealing for information after a dog’s corpse was discovered in a canal in Wigan. The Pomeranian cross was found by a member of the public near Appley Bridge on the evening of Tuesday 7 June.

The dog, whose microchip gave his name as Milo, was wearing a blue harness, which had a 1.25kg exercise weight attached to it, presumably in an attempt to sink his body.

Milo’s microchip also gave his age (five years old) but the contact details had not been kept up to date.

RSPCA inspector Johnny Brocks said, “We are very keen to find out who owned Milo after 29 April, so we can find out how he came to be in the canal. At the moment we have not been able to establish how he died, but we do believe he was in the canal for up to two weeks.

“I am urging anyone who has any information to contact us in complete confidence on 0300 123 8018, so we can look into this further.”