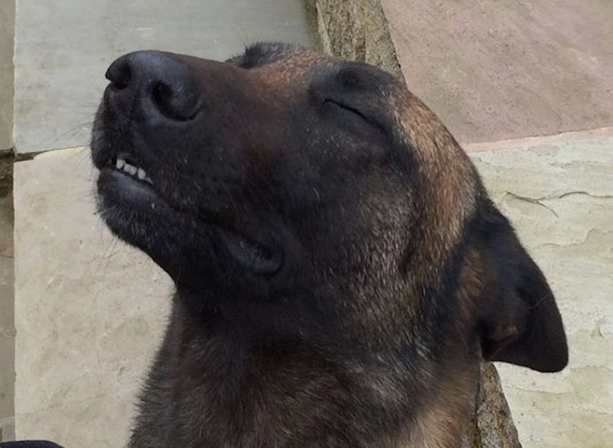 Vinnie the police dog has a lot to smile about after his successful capture of two suspects following a pursuit in north-west England.

A member of Lancashire Police Dog Unit, Vinnie was despatched after a van failed to stop for police, and the two men inside abandoned their vehicle and attempted their getaway across farmland. Vinnie caught the first suspect in a straight chase, and then used his powerful nose to lead his handler to the second.

Vinnie’s proud expression in the aftermath was captured on camera, and has since been shared on social media thousands of times over.

What a good boy!