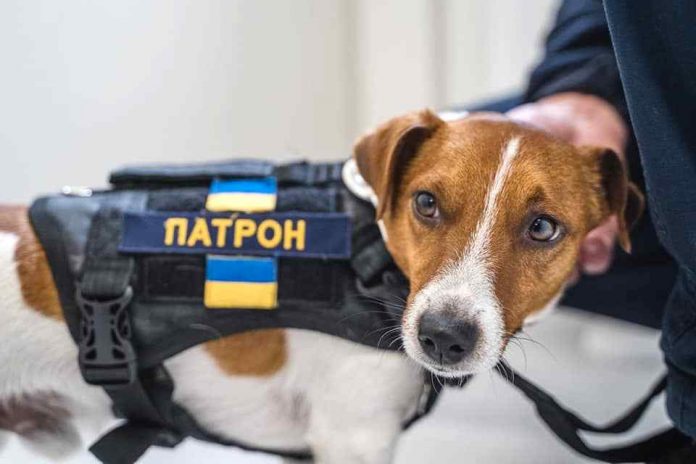 Patron, a two-year-old Jack Russell Terrier, has received a medal from Ukrainian President Volodymyr Zelenskiy for his mine-sniffing work. The little dog reportedly had a role in finding over 250 explosive devices since the beginning of the invasion.

Patron, whose name means “ammo”, is mainly active north-eastern city of Chernihiv and has become a mascot for the country’s State Emergency Service (SES). However, he travelled to Kyiv along with owner Mykhailo Iliev in order to receive his award during a news conference on Sunday 8 May. 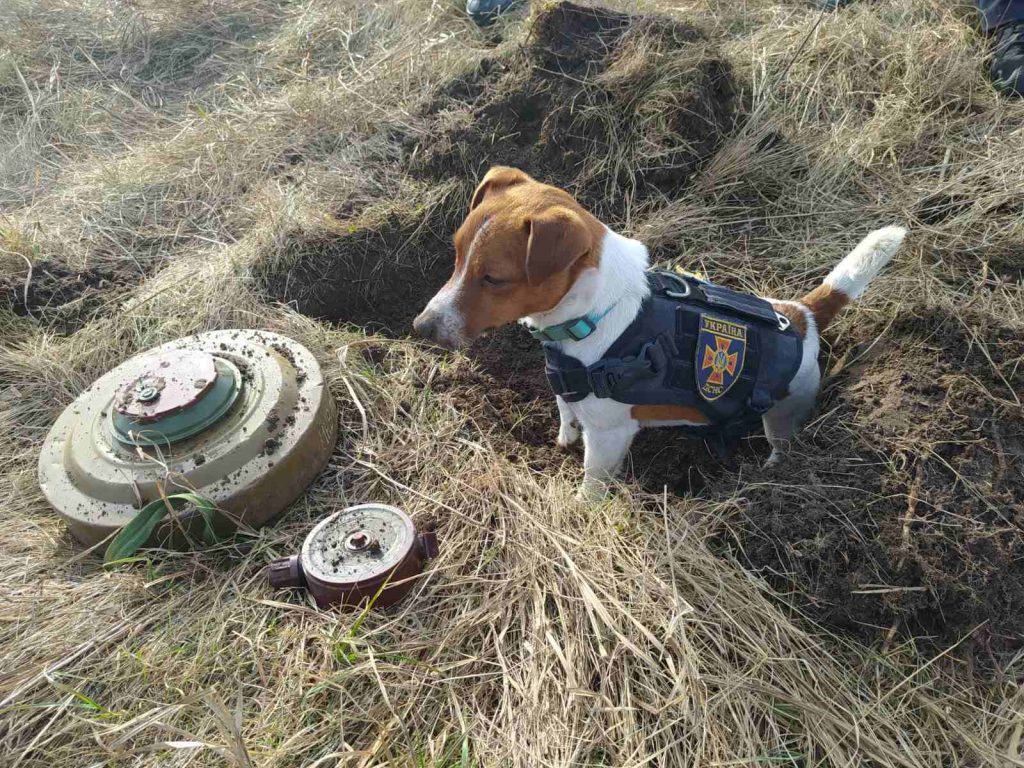 “Today, I want to award those Ukrainian heroes who are already clearing our land of mines,” Zelenskiy said in a statement. “And together with our heroes, a wonderful little sapper – Patron – who helps not only to neutralise explosives, but also to teach our children the necessary safety rules in areas where there is a mine threat.”

Canada’s Prime Minister Justin Trudeau, who was also present as part of an unannounced visit to Ukraine, was seeing searching his pockets for spare dog treats, causing some laughter among those present. He clearly hadn’t thought of bringing dog treats on his visit to war-torn Ukraine, but Patron did not seem to mind as his tail wagged for the entire time.

Patron the dog has received an official award alongside his colleagues from Ukraine President Zelenskyy, in the presence of Canada PM @JustinTrudeau. What an honour! pic.twitter.com/uig8VFi5z4

Since the beginning of the Russian invasion in late February 2022, millions of civilians were forced to flee their homes along with their pets. It is hoped that the work of Patron and other mine-sniffing dogs will help making the land safe enough for their return at the end of the war.

The Centre for Strategic Communications and Information Security under the Ministry of Culture and Information Policy of Ukraine said, “One day, Patron’s story will be turned into a film, but for now he is faithfully performing his professional duties.”